Young Avengers #5 kicks off with Iron Lad, AKA Nathaniel Richards, who is in a final standoff against Kristoff Vernard, AKA the new Victor Von Doom. The two youths battle against one another for a very powerful artifact featured in the Marvel universe. One Whose ability to reshape reality makes it so that it must not fall into the wrong hands. 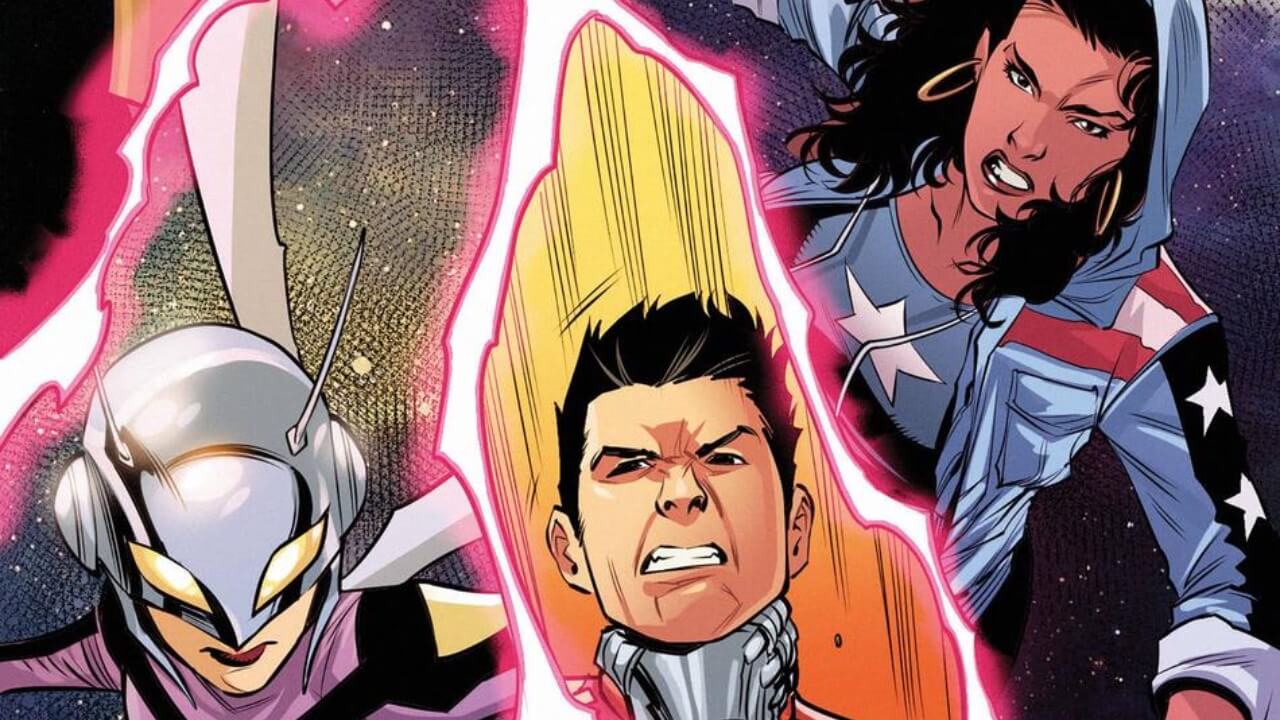 “I have been reading Young Avengers since the very first week it came out! I remember in those early days thinking it was impossible that what seemed to be happening with Wiccan and Hulkling was actually happening – Queer people like us just weren’t shown in comics or on TV. I’ve been hooked ever since, and continuing the story of these characters I once looked up to is a dream come true,” said Anthony Oliveira in an interview with Marvel about getting the chance to write Young Avengers.

This six-part series will feature issues dedicated to each of the Young Avengers. According to Oliveira, the story will focus on themes about what power cannot do, but what forgiveness, can. Starting in space, the artwork for Young Avengers #5 features very vibrant colors set in a free-flowing galaxy that fits perfect for the infinity comics format.

“One thing that really excited me too was the form of the Infinity Comic; what happens when there is no page-turn, but an endless trajectory towards some final point?” said Oliveira regarding their utilization of vertical comics. “That really informed the superstructure of the story on a thematic as well as formal level: What if something wonderful and powerful and terrifying were hurtling ever downward, across space and time, towards a destination as uncertain as it is inevitable?”

Artist Jethro Morales replied, “Fans can expect a lot of heartfelt moments with tons of action and fun in every panel and page throughout this arc. And as one of the artists, I gave it all to the best of my abilities to convey visually all the emotions and excitement masterfully written by Anthony that I hope the fans would appreciate.”

This Young Avengers run is written by National Magazine and GLAAD award-winning author Anthony Oliveira. It is pencilled and inked by artist Jethro Morales and colored by a combination of Yen Nitro and Dijjo Lima for issue #2. The issue is lettered by Ariana Maher with edits by Sarah Brunstad.

The issue is also dedicated to the late colorist Dijjo Lima. Who passed away far too soon.