I was a pretty big fan of the original season of The Umbrella Academy. And I wasn’t alone in feeling that it was a pretty remarkably entertaining little show. Then we got Season 2, and I like many others felt it was a step backward (not just in time, either). So I wasn’t sure how I would feel about the third season of Netflix’s zany superhero comedic drama. But rest assured, if you’re a fan of Reginald Hargreeve’s dysfunctional little family, you’ll find something to love in Season 3.

Before we begin in earnest, a quick disclaimer. I don’t normally cover an entire season of episodes in one review. But since that’s the plan here, I’m gonna have to touch on some spoiler territory. I will do my best to avoid the biggest reveals, but if you’re someone that wants to remain completely unspoiled, you’ve been warned. 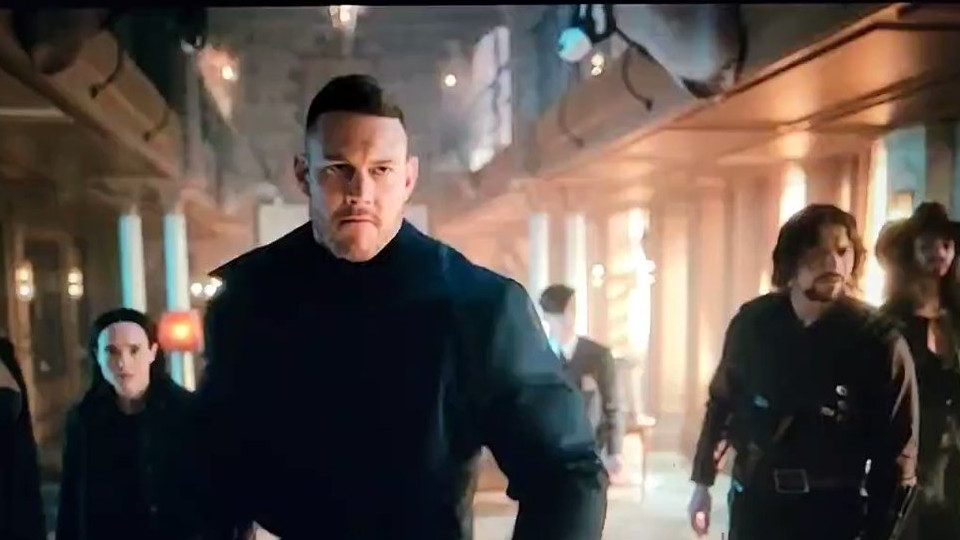 At the beginning of Season 3, our Umbrella Academy warps back to the present only to discover someone else is living in their home. As expected, this is due to the time travel craziness from Season 2, and the law of unintended consequences. While there were legitimate complaints last season about why the team would be stupid enough to mess with history, I find it’s totally in character for them. This isn’t a disciplined team of heroes, they’re all broken children that somehow work as a family. So of course they leave a trail of devastation in their wake. 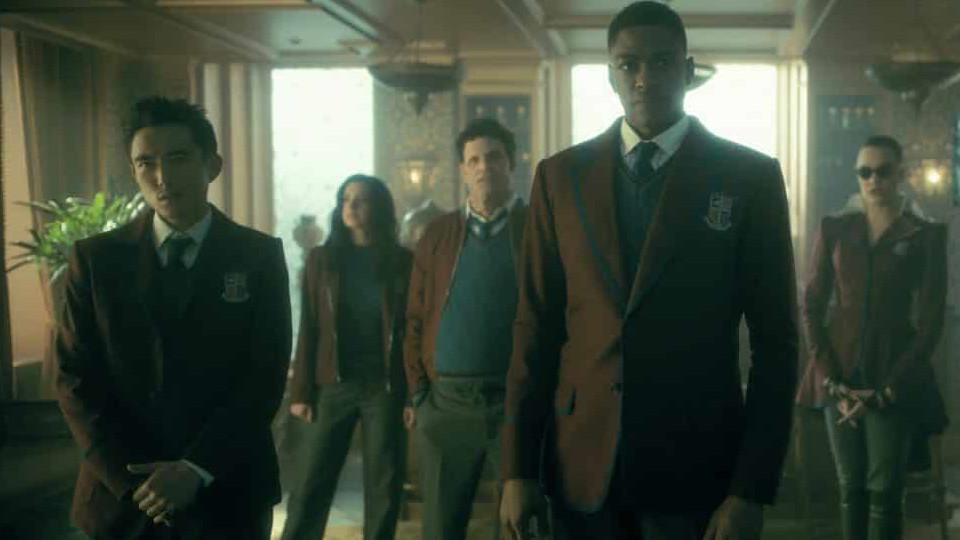 The new team of superheroes is known as the Sparrows, and they were also trained by Hargreeves and Pogo. Unlike the Academy, they’re much more proficient at using their powers as a team, to deadly effect. Also unlike Umbrella, many of the Sparrows are more outwardly monstrous. Sure, Luther is a giant monkey man, but the Sparrows have some truly freaky members. One is a blind woman that summons ravens from her flesh and can see through their beady eyes. Another is essentially a walking Voodoo doll. The damage dealt to him, though it visibly wounds him, is mostly redirected to his opponents. Another named Jayme secretes a toxic compound she spits at foes, rendering them perplexed by visions of their fondest desires. And then there’s Christopher, a floating cube that can emit dangerous energy and speaks in gibberish.

While Klaus may have been mourning the loss of Ben’s ghost, he now has a new problem in a flesh and blood Sparrow named Ben. And yes, it’s the exact same person, just from an altered timeline. He’s meaner and much more manipulative than Klaus’ spectral sidekick. At first he’s portrayed in such a way I wondered if he’d be the big villain of the season, but he manages to showcase some appreciated nuance as Season 3 edges closer to the finale.

After an amazing musical number and epic fight sequence, our Umbrellas have their butts handed to them and leave with tails between their legs. The only reason they’re not utterly thrashed is that Vanya unleashes a blast of energy that KOs several of the Sparrows, and buys them some breathing room. They then find refuge in one of Klaus’ hangouts, a seedy place called Hotel Obsidian. And if you’re a fan of the Dark Horse comics like myself, you’re right to be suspicious of that title. But that’s all I’ll say on the matter. 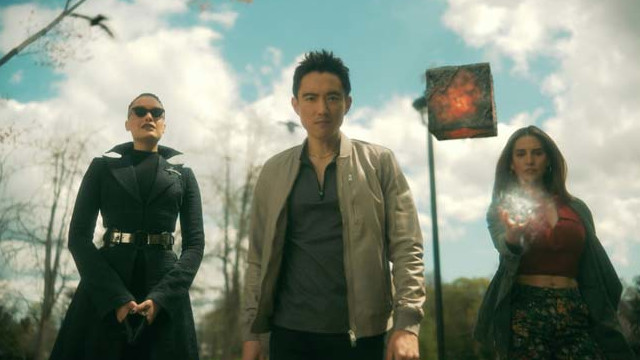 One of my favorite things about Umbrella Academy Season 3 is that the team isn’t entirely responsible for the new apocalypse that comes a knocking. Yes, they are tangentially responsible, but not directly. Better yet, they mostly manage to save the day a few episodes before the finale, only to find things quickly get exponentially worse. But as a fan that started to get frustrated with how the Umbrellas were their own worst enemies, I appreciated them not being the sole source of their problems.

Another great thing about this season is that the team gets to interact with each other and go on zany missions. Which is far better than them all being separated for most of the season and then finding each other again, as in Season 2. I feel that when shows splits characters apart for no good reason, it hurts the immersion and I often forget why certain things matter. Whereas if they’re all together, they don’t have to extend the plot in awkward ways.

Speaking of which, here are some of the season’s highlights. Vanya decides to embrace the person she became last season and gets a haircut before changing her name to Viktor. Rather than this feeling out of place, many of Viktor’s family members embrace the change and treat their new brother with kindness and understanding. Klaus also comes to an odd understanding with Reginald and learns the true extent of his necromantic powers. Lila pops in and drops a 12-year-old boy on Diego’s lap, telling him it’s their child. And despite being confused at first, he and Stanley gradually start to bond. There’s even an amazing scene between Stan and Uncle Klaus, that admittedly ends pretty badly for the latter. 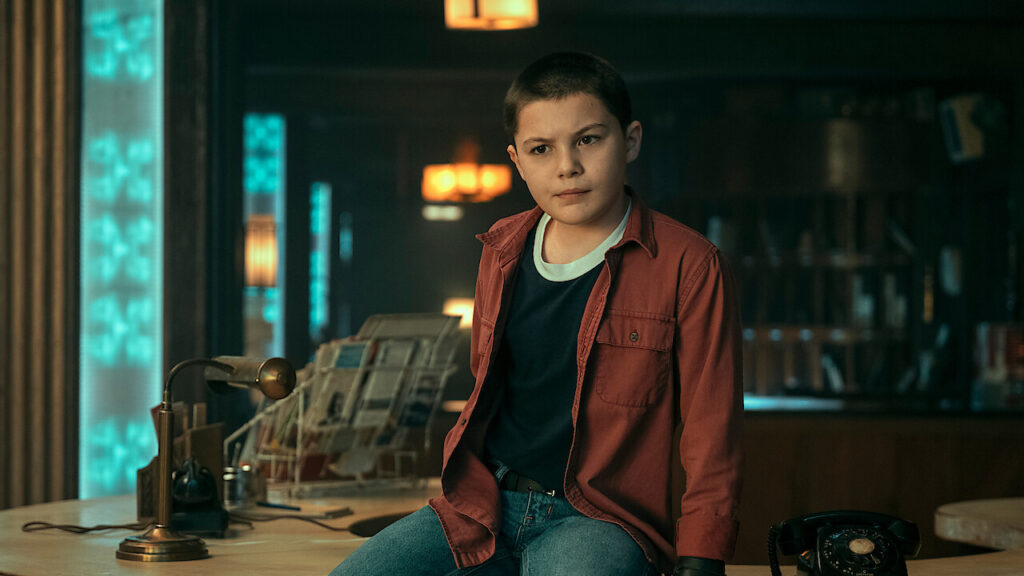 It’s not all hugs and kittens, though. Allison finds that their alteration of the timeline resulted in her daughter Claire being wiped from existence. On top of losing her love Ray, this shatters the once compassionate and understanding sister and leaves something far more dangerous in her wake. We also find that the Sparrows are constantly drugging dear old dad, and making use of Reginald’s prodigious wealth to fund their crusade against crime. Worse, they seem more intent on getting applause than doing their job for the right reasons. Oh and “mother” Grace goes completely and shockingly insane this season and starts doing some highly questionable things.

Five and Lila also come to an awkward understanding and travel into the future to discover a solution to their new problem. There, they discover how bad things are getting, and realize some incredible truths about Five himself. We also are reintroduced to a character from Season 2 in a truly dramatic fashion. Oh and Luther finally makes a love connection with a member of the Sparrows. And while I wasn’t sure how I felt at first, they make an oddly sweet couple that I found myself rooting for. 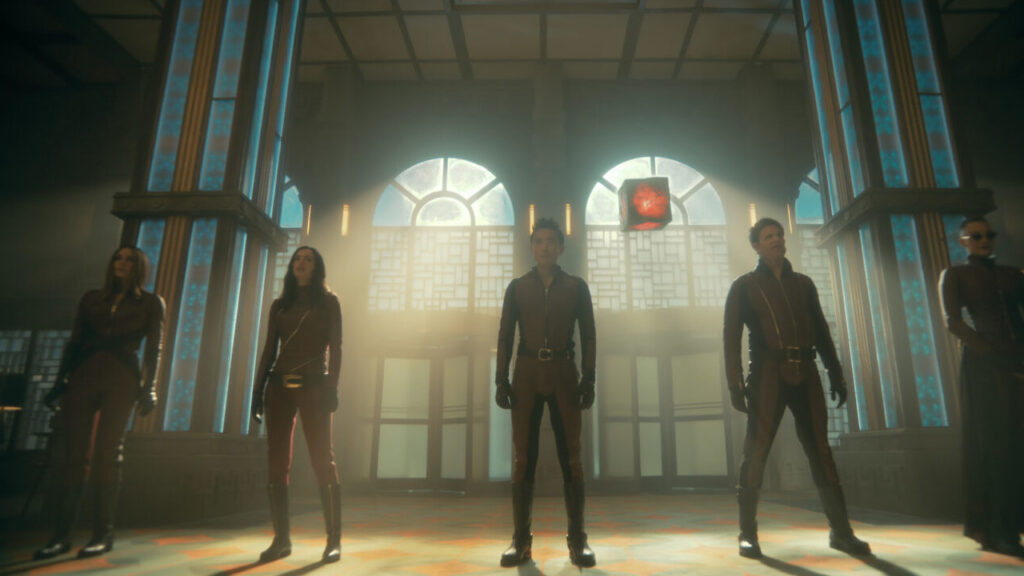 By the end of Season 3, The Umbrella Academy treads new ground and somehow manages to save the day. And just when we start to breathe a sigh of relief, a totally new problem casts their future in an uncertain light. Overall, I was really happy with this season of the show, and feel it returned us to the greatness of the first season. Here’s hoping Netflix feels the same and gives us at least one more season of this crazy superhero dramedy.