‘The Last Man on Earth’ Review: “The Boo”

The first season of The Last Man on Earth saw Phil Miller burning every bridge around him, to the point of exile from the last community of people on earth. This latest season offered hope for a second chance and a fresh start, but was quickly derailed when Phil accidentally left Carol behind at a gas station. Knowing how much she missed the people they left behind at Tucson, he returns to find the old community abandoned and no sign of Carol. “The Boo” doesn’t provide many satisfying answers, but does give us a clearer idea of where the season might be heading.

Though Phil risks his life to travel back to Tucson in hopes of meeting Carol, Carol dutifully waits at the same gas station at which he left her. It’s this fundamental disconnect and Phil’s inability to understand the perspectives and intentions of those around him that lie at the heart of so many of the The Last Man on Earth’s conflicts. After a season of more harmful misunderstandings and disastrous lapses in judgement, we are now reminded that even benign mistakes can spiral out of control. There’s some hint of redemption for Phil here, though–he has the clever idea to write Carol messages on the side of trains, and sends them off across the countryside for Carol to see. They’re eventually reunited, but Phil soon has to explain that Tucson has been abandoned. 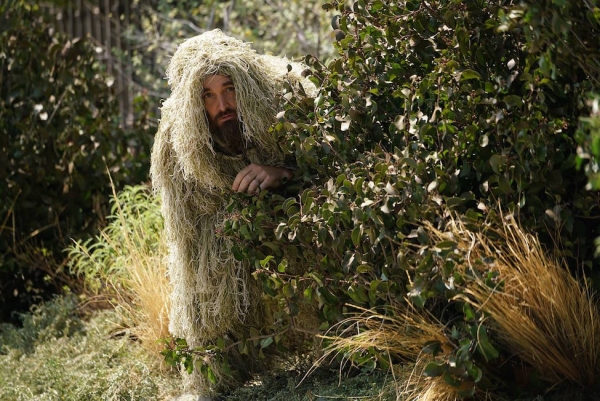 The mystery doesn’t linger for long, however–Phil eventually discovers a note from Melissa, asking Carol to come to Malibu to join the group, but it also specifically warns her not to bring Phil, as it wouldn’t be safe for him. In Phil’s usual panic and selfishness, he chooses not to tell Carol. To be fair, however, he has shown growth: he’s more guilt-ridden about it than usual, and ultimately he drives Carol there even though she decided to stay in Tucson. That’s progress, right? They eventually arrive in Malibu, unsure of what to expector what sort of danger awaits Phil. As Phil waits in a ghillie suit at a distance, Carol approaches the group–now with a new member, played by Will Ferrell–and surprises them. Her boo, after which the episode is named, immediately gives Will Ferrell’s character a heart attack.

At the end of last season, it really wasn’t clear what would happen to Phil and Carol. Being banished from Tucson seemed like the best thing that could’ve happened to Phil–he had burned so many bridges and ruined every relationship with the other survivors that a fresh start seemed like the only reasonable option. Now, it’s clear that Phil and Carol are going to be reunited with the old group. With the exception of Will Ferrell’s character (who seems likely to be short-lived), we don’t have much indication that anything will be different. I trust that it’ll be more than merely be a change of scenery, but it’s difficult to imagine Phil working his way back into the group’s good graces again.