The Kids in the Hall Reboot Review

Everything old is new again, give or take about thirty years, so now it’s the 90’s turn. The Kids in the Hall was a sketch comedy show that ran from the late 80’s to the mid 90’s and was, in a word: spectacular. That’s not hype, mind you, that’s the consensus of a generation, and, if their consistently sold-out tours are any sign, more than just one. Yes, David Foley, Kevin McDonald, Bruce McCulloch, Mark McKinney, and Scott Thompson are back to show the young bucks what real comedy is.

The Kids do a good job of balancing fan service with new offerings – many of their sketches involve or reference classic characters, but there are also original entries. Perhaps their smartest move is using their failed movie as not only the linchpin for their revival but integrating probably the two best personalities from it (I do love how well Don embodies corporate evil).

Here’s a very brief rundown of the episodes: 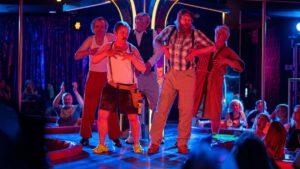 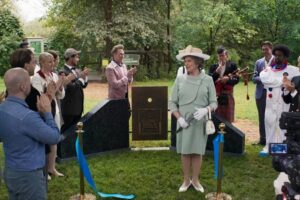 The second episode finds humor in subjects that are closer to home for men of their age. Changing bodies, technology, and even an absurdist twist on the prized “hot rod” (here a motorized recliner that, let’s face it, can’t compete with an actual classic car). There are a lot of great sketches here including an appearance by fan favorite Buddy Cole.

Best Sketch: Like I said, there are some solid contenders here but I’m gonna have to give it to “Imaginary Girlfriend”, a hilarious piece about a man who is worried his imaginary girlfriend is cheating on him (it’s not paranoia if you’re right, right???).

Worst Sketch: “Friends of Kids in Hall” once again – which I admit is a bit of a cop-out but as stated, this episode is just chock full of gems. 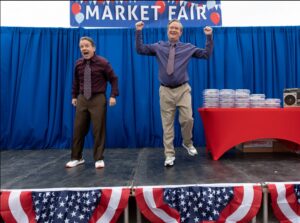 The third episode is probably my least favorite mostly because I’m not all for absurdist humor. However, that’s not to say it isn’t a good episode, especially for fans of out-there premises. There’s a running gag of a doomsday DJ with only one song to play, the misunderstanding of a dying man’s pleas played to comic results eventually…, and a truly gross snake-oil sales pitch meant to satirize American laziness, I think?

Best Sketch: In an offering of truly weird sketches my favorite is naturally the most grounded, “Danny’s New Shoes”, which explores cancel culture with an absurdist twist.

Worst Sketch: As much as “Gut Spigot” grossed me out at least it made some sense, on the other hand, the running gag “Doomsday DJ” did not amuse me at all. Dave Foley plays a depressing disc jockey in a bunker who not only plays just one song over and over, but is steadily losing power. 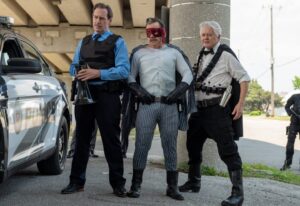 Turns out many of the Kids had alcoholic fathers, which is where the character “Super Drunk” comes into play. Episode four features his running gag culminating in the appearance of fan favorite “head crusher” which leads to a truly stupid stand-off of these two bastions of toxic masculinity. Speaking of, “The Patrol” exemplifies the dangers of old man vigilantism, while a lesser gag about collector culture spirals into a self-aware fourth-wall breaker. All in all, not a terrible episode, but no number 2.

Best Sketch: While growing up with an alcoholic parent is tragic in many ways, the “Super Drunk” trilogy really manages to embrace the old adage of tragedy + time = comedy.

Worst Sketch: Sorry “The Patrol”, you just eeked out “Antique” as my least favorite sketch this episode.

Five golden sketches, am I right? But seriously, this episode has a beautiful bunch of gems. From a foreign film couple getting counseling, to a man endangered by a pair of black widow tabbies, both the visual and comedic quality is high here.

Best Sketch: I have to give it to “Cats” purely for the Jordan Peele execution – I know that might be like internet trolls giving J.R.R. Tolkien shit for “ripping off” Harry Potter, but I don’t mean it in a disrespectful way. The Kids have certainly embraced more cinematic approaches in their original series, but the overall horror tone of this sketch feels too much like the Key & Peele co-creator to be ignored.

Worst Sketch: Although it brings back the classic character of Gavin, “We’re Having a Baby” is a long walk to a weird joke – basically the most bizarre origin story for a well-known Disney character ever conceived (pun fully intended). I enjoyed the beginning but not so much where it went. 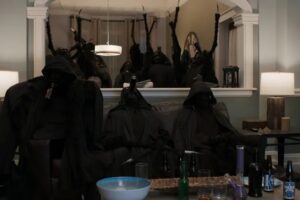 The Kids have been somewhat outspoken on the topic of “edgy” comedy, with Scott Thompson expressing downright anger towards the limitations imposed on comedians as of late so it’s no surprise when “Don and Marv” lambaste what Amazon is expecting of the Kids (please tell me you understand satire). Outside of these bookends, the rest of episode six houses silly sketches that don’t seem heavy on messaging.

Best Sketch: Naturally, I’m going with “The Baby” because it is an amazing take on an uncomfortable truth many people would never admit to, but “Bananas” is a very close second – a hilariously stupid sketch that has a lot going for it the least of which is a “Colbert” shout-out.

Worst Sketch: “Flags of Mark” is easily the worst sketch, possibly in this whole season, but definitely of this episode. Where “Fran and Gordon” is sweet, and “Cops – Parade” is too short to be terrible, “Flags of Mark” is another absurdist piece that goes on too long and makes no fucking sense at all. It is the modern art of sketches and for that reason, I hate it. 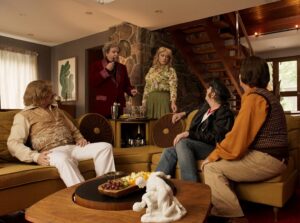 The penultimate episode of the series is among the weaker ones in my opinion. First there’s the bizarre revisit of Taddli, whose running gag features warped versions of after-school “PSA”s. Then comes “Lukewarm” and its idiotic tenant, the only saving grace here is Eddie Izzard’s cameo. Finally “The Eradicator” awakens from an extensive coma to find the world less competitive than he left it. But it isn’t all bad…

Best Sketch: “The Professor” is a hilariously weird sketch that seems to mock Whose Afraid of Virginia Woolf as well as sex-ed. Featuring Scott Thompson doing his best to be “straight” in order to dominate in his relationship, “The Professor” offers some truly good couples counseling – which is funny given that “Couples Counseling” does not.

Worst Sketch: How to choose…I’m going to single out “Lukewarm” here, because I just can’t buy the premise. Kevin McDonald is an excellent foil but to believe someone is that stupid??? I get that it’s satire so it is the truth through an extreme lens but much like “Who’s on First”, I just can’t. 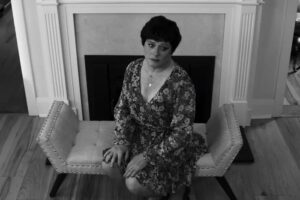 We’ve reach the end. Will it be the final, finale for the Kids? Or, will the youths stream in numbers high enough to allow them another season? If you’re thinking that’s quite a cliff-hanger, don’t worry they have a sketch just for you!

Best Sketch: Despite the fun of “Cliffhanger” and “Don and Marv – Reburial”, I’m gonna have to give it to “Much too Much”. The execution is simply fantastic. Kevin McDonald and Dave Foley go together so well, and Kevin’s character really displays beautifully why his wife is leaving him while having no fucking clue as to why his wife is leaving him. It is magnificent.

Worst Sketch: I really want to say “Friends of Kids in the Hall” simply for the wasted use of Mark Hamill, but I’m gonna turn to “Must Wash Hair”. The restaurant employees have been something of a running gag throughout the season, and while I loved “Foodie’s Tarte”, “Must Wash Hair” is much less appealing to me. It starts interestingly enough, but the ending is weak.

Overall, this is a fantastic sixth season (which is what the Kids themselves consider this outing to be) for what was, or, I guess, still is an amazing sketch comedy series. I generally have a lot of doubts when it comes to reboots and revivals of shows because as a rule I don’t see them as necessary. But, that’s not to say they are without merit. Some reboots can breathe life into a long dead IP and inspire a new generation to dip into the original, while a revival can update and re-imagine an old series for the modern age.

Do they always achieve their lofty goals? Of course not. Most are blatant cash grabs hoping to ride a wave of nostalgia to the bank. Yet, you get a sincere effort every once in a while, and I believe that’s what we have here.

Bonus: If you’re a longtime fan of the Kids, or just a newcomer interested in learning more about the hilarious people behind the show you just checked out, there’s a doc for you! Amazon is also hosting The Kids in the Hall: Comedy Punks, a documentary that follows the troupe from their formation till now.

Comedy Punks also includes brief appearances by famous fans of the show who speak about how influential the Kids were on their own comedy careers. Strangely, instead of being a single 2 hour documentary, Punks is split into two “episodes” each being around an hour.

I recommend this “show” to any Kids fans, it is an insightful tribute to a comedy group that is rivaled only by Monty Python, full of love, happiness, and of course a touch of tragedy the film does justice to who exactly these Kids are.