A Serious Achievement in Design. Fans of FPS and Action Should Check Out Bright Memory Infinite

Though Bright Memory: Infinite is a short game that only takes a few hours to beat, it is in these brief moments of slash-and-shoot-styled gameplay that the game truly operates at its best, delivering heart-pulsing action. What’s incredible is that for a game with such gravitas in its beautifully designed combat that pulls you in, it’s surprisingly designed by a single person: designer Zeng Xian Cheng. What’s terrible is that with a larger team, this game actually could have been a AAA prospect, because it’s that good.

Developed by FYQD Studio and published by Playism, Bright Memory: Infinite is a fun first-person shooter and action-centered video game. It’s a fusion genre that uses an array of weapons and skills to unleash devastating combos against the enemy. Though just who that enemy is or why the player is meant to care may be Bright Memory Infinite’s greatest problem.

What Is Bright Memory: Infinite About?

Bright Memory: Infinite is definitely more about the gameplay than it is the story, as it feels really short and more like a side mission to a larger game. To be quite honest, I’m not entirely sure what this game is even about. From what I’ve read from other reviewers, I don’t think anyone fully understands what’s happening either, and I’ll explain why.

First, there’s definitely a science fiction world set up here in the stylings of a Cyberpunk or Resident Evil-style organization gone too far that’s messing with the nature of the environment. Whatever caused this, it led to a giant gravitational hole in the sky that is pulling everything in, which is why Shelia is called to investigate in the first place.

Shelia is a special agent of the Supernatural Science Research Organization. She’s gifted with a mechanical hand, telekinesis, ESP, and in general, is just an all-around one-stop shop for ass-kicking. We don’t really get much more than that other than she’s being assigned to stop the terrorist SAI organization led by General Lin.

The problem with this is that the game sort of hints at a mysterious disturbance and an evil corporate military-industrial complex, but never executes on what any of it all really means. You’ll also be occasionally dropping back in time for battles against giant warriors from an old empire, which is really cool and tied to the storyline… but the why is sort of anyone’s guess.

Besides combat, the graphics are probably the second best thing about the game and looks gorgeous on the PS5. The ray tracing really puts a shine on the blood, pooling, and reflections in the game, giving the overall experience a smoothness usually reserved for the type of works expected of a AAA title.

Atop of this, the techno futuristic aesthetic blends very well with its culturally Chinese in-game environments. Locations are actually modeled off real life places in China and parts of the game are set along the Yongji Bridge of Chengyang (also known as the Chengyang Wind and Rain Bridge) and the Xinjiang Qianhu Miao Village.

The location designs and environmental appearances actually do play into the game’s mechanics. Players can expect ambushes in the thrush of bamboo or face off against traditionally armored Chinese warriors in the game’s random flashback battles. There are also some pretty graphic battles featured later, including one atop of an airliner and another heavily featured car-chase battle.

The one qualm I had regarding the graphics is probably the skin textures, as a lot of the details look pasty and last generation, lacking very specific fine details that have become customary for this console generation. This becomes less distracting when utilizing some of the game’s add-ons including an array of guns and sword skins, and of course, the many, many, ridiculously skimpy outfits for Shelia. Still, because this is a first-person shooter, most of these cosmetics aren’t even that noticeable except during cutscenes.

It reminds me of the newer Resident Evil games where you could mod your characters in an array of revealing outfits. Which I guess makes sense, given both are meant for fast action-driven campaign runs and lots of replayability, though it also just provides some obvious distraction during the probably weakest moments: its storyline. 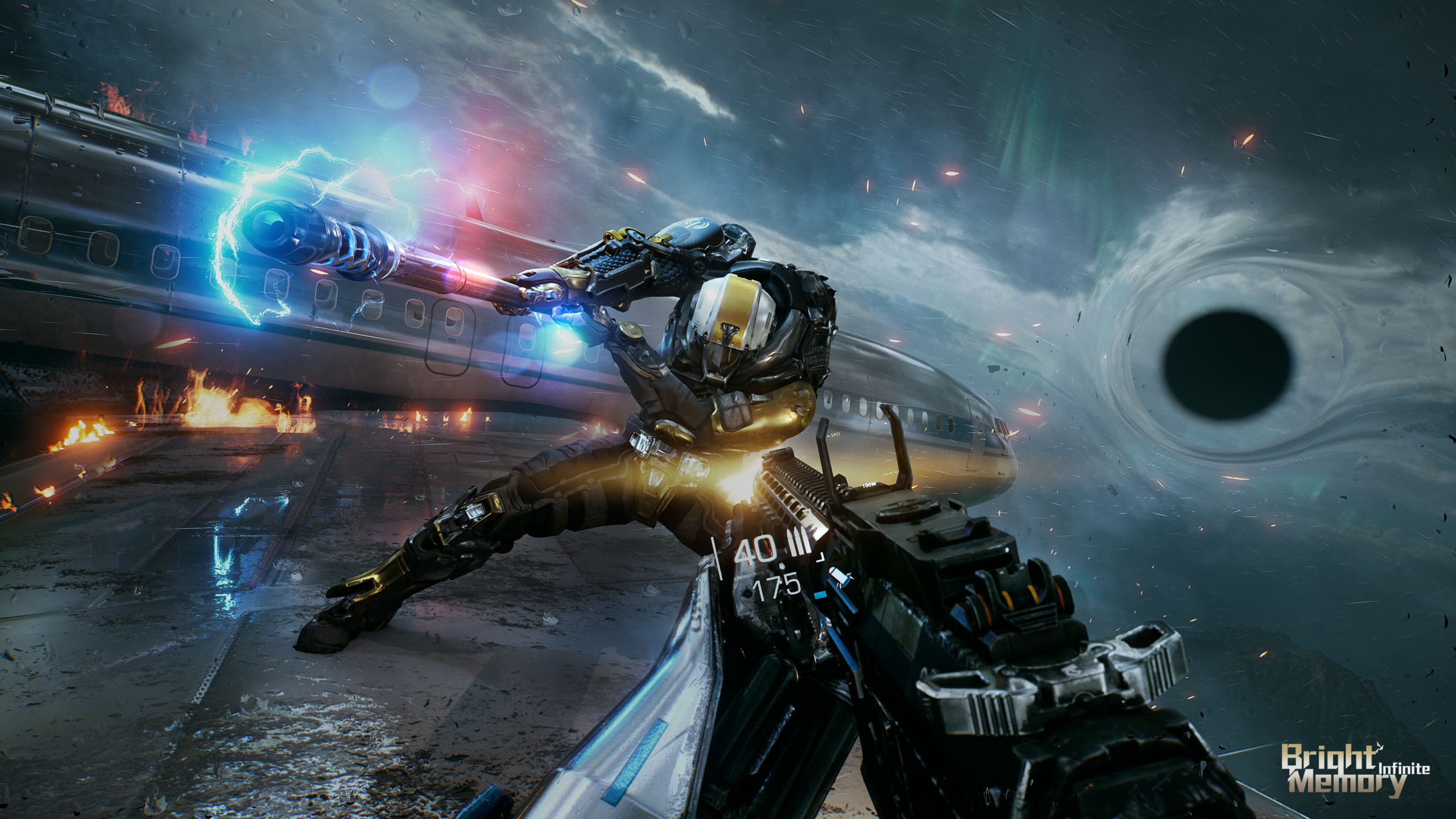 The combat is easily the best thing about Shiela. You can dodge, jump, and juggle combos between melee abilities or switch to shooter mode with a choice of four different guns. Each gun features its own sort of special ammo that can be strategically used in harder battles. You’ve got a shotgun, sniper, and pistol later in the game and each has its own very powerful bullet abilities such as sticky bombs or incendiary explosives.

For those who like to take the defend and counter approach, there are a lot of telekinesis combos to pull, push, and hang enemies in the air. The enemies usually come in standard types, bigger shielded types, ones that need to be countered, and ranged enemies that try to stay distant and snipe Shelia from the back. Unfortunately, none of these enemies prove to be much of a challenge and the AI in the game is very poor. Thankfully, the game’s 4 very challenging boss battles make up for this lack of difficulty.

Something neat about the game is that despite how vast the combat capabilities are, for my entire playthrough I didn’t run into a single clipping or glitch error. The controls in the PS5 edition seemed pretty flawless and I’m surprised nothing broke during my three runs of the game. The gunfire mechanics and blade parry worked wonders, as did all of Sheila’s metal fist telekinetic abilities. An underlooked feature of the game is that you can wall run, double jump, and dodge in any direction, making the movement very fast in the game.

The replayability of the game is tied to having all of your abilities unlocked, as it’s basically just the same game. What’s cool on a second playthrough though, is that your unlocked weapons and specials carry over. So new ways to defeat enemies from previously played levels can be found. 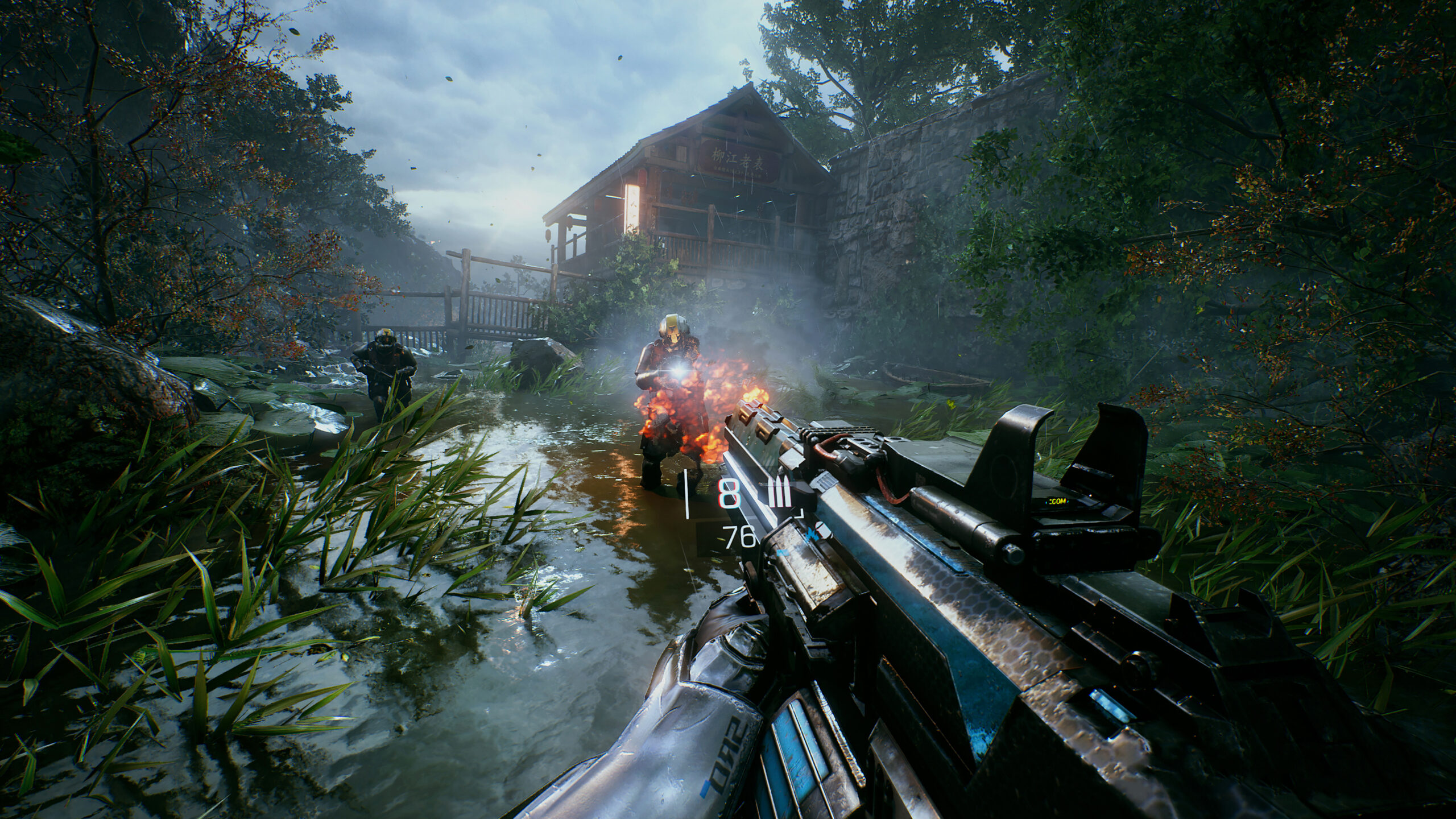 There are 7 chapters in the game in total. Most of the gameplay is focused on the action, though there are a few moments of stealth and car chases that sort of change the pace of the playthrough. Many enemies have defensive armor that requires repeated attacks, countering, or powerful gun blasts in order to wear it down; though how you do it, is one of the coolest things about the game as the combat is pretty creative.

The game has voice acting in full English, Japanese, and Chinese audio. There are multiple languages in terms of subtitles. However, the game does lack accessibility options. Atop of this, despite how pretty the environment is, most of the environment is non-interactive and serves mostly as a backdrop rather than something to be featured during combat.

Finally, kit and skill tree system enhancements are really what drives the game, as unlocking abilities to see what they do keeps it entertaining for a first and second playthrough. Players can find relics to unlock these upgrades rather easily. 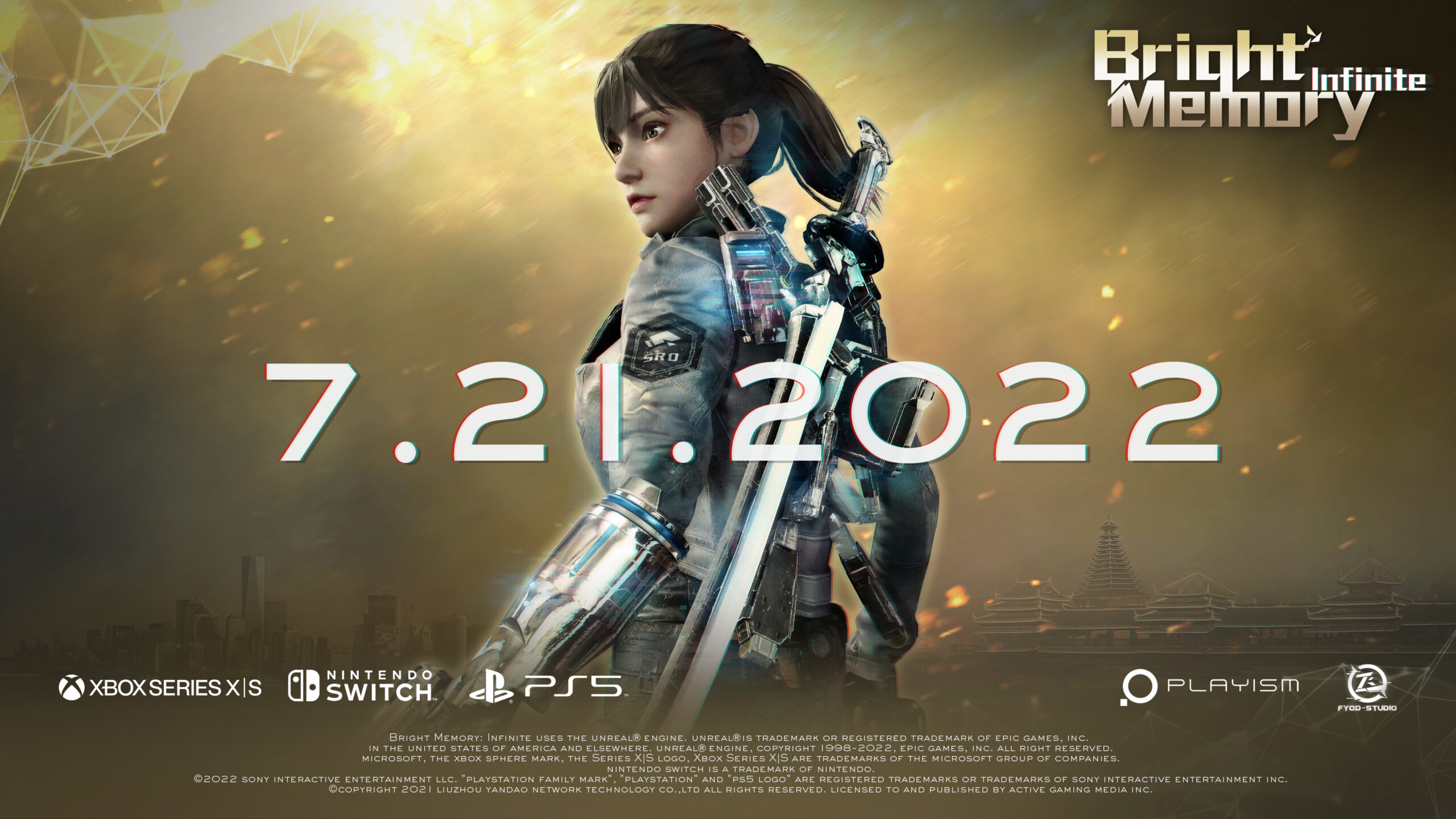 Bright Memory: Infinite has some extremely fun gameplay elements that feel expertly refined. It just falls short in terms of length and story. I think with a larger team and some additional story refinement, this could actually become a giant AAA-level sensation. Still, it’s pretty incredible that one person designed most of this by themselves as it’s a really great game well-deserving of some kudos.

Previous article
San Diego Comic-Con 2022: Everything To Check Out From Marvel Entertainment
Next article
The Kids in the Hall Reboot Review