What in the name of Sir Isaac H. Newton happened here?

In The Flash’s premiere episode, Flashpoint, we learn Barry goes back in time and saves his mother, thus creating a second timeline. By the end of Flashpoint, Barry realizes that he must go back in time and change things back to the way they were. Only, in doing this, he doesn’t return to the original. Instead, he creates a new, third timeline. This is explained in both Flashpoint and Paradox as best as they could probably do. 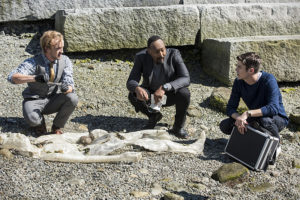 Paradox starts with Barry visiting Felicity Smoke, from the Arrow. After explaining his time travel  to Felicity, he searches her computer to find out if anything else had changed. Barry comes across a picture of Diggle with a baby boy. Felicity asks if John did not have a kid before. Barry tells her he had a baby girl named Sarah, not a boy. It’s unclear just how much this will impact the Arrow crew or if anything else was changed there.

Back on Team Flash, we also learn that Dante, Cisco’s brother was killed. This has created a rift between Barry and Cisco, but Cisco wants Barry to change the past to save his brother. This is only amplified by the eventual confession of Barry, and that he changed time for his own benefit while refusing to do so for Cisco.

Barry works on trying to get the team back to a happy place. By the end of the episode we see that there may be hope for Team Flash yet. The episode ends with Barry talking to Caitlin and asking if everything was OK. She is the only one that appears to not have been affected by Flashpoint. As Barry leaves the room, the camera pans out to show Caitlin’s hand smoking due to her cold temperature. It looks like we are going to see Killer Frost make a return.

Jay Garrick is Back 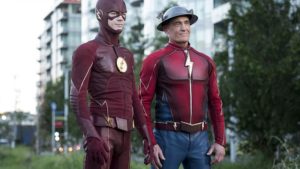 Barry decides that he can fix everything by going back in time again….

What he was hoping to do differently, this time, was never explained. However, while in the speed force we see a hand reach in and yank Barry out and down onto the street. He looks up to find Jay Garrick of Earth 3 (John Shipp). Jay tosses him some clothes and says they need to talk.

Jay takes Barry to a diner and it’s clear they are a little out of time. With Dawson’s Creek playing on the TV, Jay informs Barry that they are in the 90’s. Jay explains just how fragile time is by using a coffee cup as a visual aid. John Shipp is just so great on camera and you can just feel how important what he is trying to teach Barry will be to The Flash’s career. 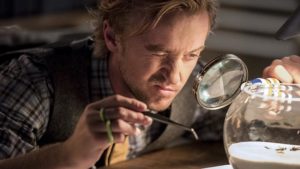 In Paradox we are also introduced to a new CCPD CSI, Julian Albert played by the amazing Tom Felton. From their first shot together, the chemistry between Barry and Julian is perfect. They are rivals in the best of ways. Julian is specifically tasked as the “Meta-Human” CSI. This is sure to become more important as Julian and Barry’s relationship develops. In fact, Tom senses that something is off with Barry and they have a very direct exchange before the episode is over. With most of the people that Barry interacts with knowing that he is The Flash, we lose some of the intrigue that comes with the difficulty of balancing dual lives. Julian is going to be keeping Barry on his toes this season. 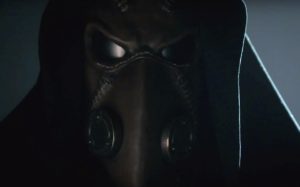 This really brings up a lot of questions with almost none are answered. It appears that the timelines, if prompted, can merge. Alchemy appears to be the catalyst for Clariss. In Central City, several “Husks” have been found. One of them is determined to belong to Clariss. The indication is that they are shedding the skin of this timeline for another, although nothing is explained in this episode.

This goes back to something that The Reverse Flash said in Flashpoint. If Barry was to stay in timeline 2, eventually he would forget everything and timeline 2 would be the only timeline. Based on that logic, eventually timeline 3 now will be the final timeline. However, until that time comes, it looks like Alchemy might have found a way to cross streams. What will this mean for The Flash is still a mystery, but this is clearly an open door to see Kid Flash again in the near future. 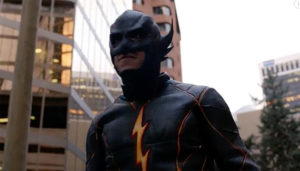 I liked Paradox even more than I liked Flashpoint. My issue was Flashpoint was the feeling of a lack of development. Paradox addresses that in spades. Between Barry covering timelines and Jay explaining the fragility of time and the melding of the two timelines, Paradox was deep rooted in development for both the characters and the rules in the world of The Flash. Tom Felton is a wonderful edition to the show and anytime John Shipp shows up, the show is taken to another level. Two episodes in and there is already a lot to discuss, it looks like it’s going to be a really great season.

Did you guys enjoy Paradox? What was your favorite part from the episode? Who do you think Dr. Alchemy is? Leave a comment below and let us know.