There’s a joyfulness with not having to witness Lucious Lyon and his s-curl too much this episode. That automatically makes “Cupid Kills” the best episode of the season so far. But no, seriously, “Cupid Kills” succeeds where other episodes have failed because it focuses less on the star power of special guests, over-the-top antics and instead, plays to the strengths of Cookie, Jamal and Andre.

For Cookie, she’s realizing how much of a fish-out-of-water Lucious and her prison sentence has made her, removing her chances of being exposed to something besides orange jumpsuits and a life trying to fight for the company she basically created. The arrival of Angelo serves less as a foil for Lucious and more of a chance for Cookie to commandeer her own ship and figure out what’s the next step for her with Empire. Her individuality and creativity allow her to do things such as using the opera, “La Boheme” she witnessed in collaboration with an empowerment and kiss-off anthem to her own son for Tiana. It’s probably a good indicator that Cookie may be blossoming into more power and exposing herself to all of the things she’s missed in the last decades.

Jamal continues to be Mr. “Do Right” in all the wrong ways. Realizing that his reunion with Freda Gatz was probably way too premature, he returns with his therapist (is this relationship leading somewhere or is this man just one of those random disposables?) in an attempt to understand and help Gatz. Her face is literally ruined and Freda certainly doesn’t seem in a space to accept or believe much other than her guilt. She states how Jamal seems to have a lot of fans in prison, which was a red flag there. I certainly don’t believe anybody in prison would spend time fighting so that “The Black & White Album” could stay on the shelves. But of course, Jamal is the good samaritan of Empire and fights to get Freda out on bail, lying and saying she went through a fugue state and suffers from various psychological issues. It works and Jamal is perfectly fine until he realizes this was all a ploy for Freda to be released and Lucious to not only make her incapable of testifying against him, but throw it back in Jamal’s face how much of a Lyon he in fact is. I’m so sick of seeing them speak because Lucious always leaves laughing and Jamal stands there with a scowl on his face. By the next episode, they’re laughing without an ounce of awareness as to the bull that went on in the previous episode. Their relationship is Tom & Jerry, cartoons who simply have no type of development. 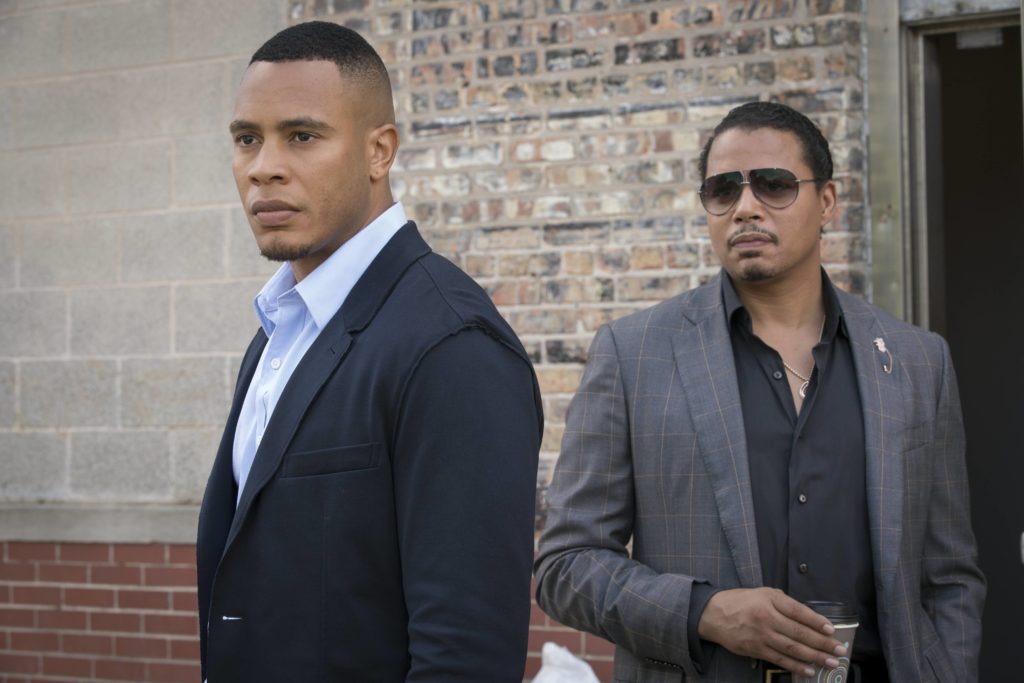 One relationship that may be heating up is Andre and Nessa. From the moment Shine places a bidding war on his new artist, Andre takes just as much interest in Nessa as a person as he does in her as an artist. Of course, Andre is still grappling with the death of his un-buried wife, that police brutality issue and just being a Lyon, but you know none of that really matters. Shine seems to be delighting in embarrassing the entire Empire brand, clearly forgetting how that has worked out for past enemies and Andre, with all of the fury and rage, fights him with his father. Somehow, Shine stops playing around and signs the contract, allowing Nessa $2.5 million dollars to sign with Empire. To celebrate, her and Andre make love in his office with Rhonda as a ghost. A threesome with a ghost. Didn’t Anna Nicole Smith allude to having one of those one time? It’s absolutely plausible.

Everything else was a hodge podge of flashbacks to Cookie and Lucious, where we found that Loretha Hardaway got her famous nickname, “Cookie,” from Lucious Lyon. I’d throw that nickname in that trash after finding out its origins, btw. We also realized that Lucious has always been an awful person, assaulting her loyal and all around nice guy, Barry. It’s hard not to feel sorry for Barry or anyone who gets in the way of Lucious and what he wants but judging from Angelo, I think he may be in for something he didn’t expect. While Angelo is definitely very professional and polished, something about him is sinister and may prove to be closer to Lucious than we think.

The next episode gears up for Shine to retaliate against Andre and Lucious and hopefully, a funeral for Rhonda, so her ghost can stop humping Andre’s back. Ha. Yeah right. Nobody on this show does anything the way it’s actually supposed to be done. Carry on!