Some Assembly Required: The Avengers And Moon Girl #1!

Debuting this July, The Avengers and Moon Girl #1 is a one-shot featuring the young super genius’ team-up with Earth’s Mightiest Heroes.

Coming to a Marvel Universe near you, Moon Girl is featuring another one-shot following June’s Miles Morales and Moon Girl#1. Called upon by The Earth’s Mightiest Heroes in order to save the world, this special Summer issue will see Lunella Lafayette join Iron Man, Captain Marvel, and the entire Avenger’s team in Avengers and Moon Girl#1.

For those unfamiliar with the character, Moon Girl is one of Marvel’s newer heroes that debuted in 2015. She is a nine-year-old supergenius that fights with her own customized-crafted gadgets, along with a psychically linked Red T-Rex known as Devil Dinosaur (Think Clifford The Big Red Dog but terrifying).

The character is so popular that Disney Channel is actually adapting her story for an animated TV series this summer. She is also, arguably, one of the biggest young black women role models in the Marvel Comics Universe. And one of the most prominently used Inhumans featured in the Marvel line of comics today.

As noted in Marvel’s press release, the acclaimed novelist Mohale Mashigo will be joined by artist Diogenes Neves for this latest one-shot. A perfect entry point for readers curious to learn more about the young hero, where in it, Moon Girl goes looking for Devil Dinosaur after having spent last month’s issue scouting with Miles Morales to find her T-Rex. Thankfully, The Avengers can help!

“Writing Moon Girl is a dream come true,” Mashigo said. “Lunella is fun, quirky, smart, and full of energy. I’ve enjoyed seeing her get out of her comfort zone and shine even brighter.” 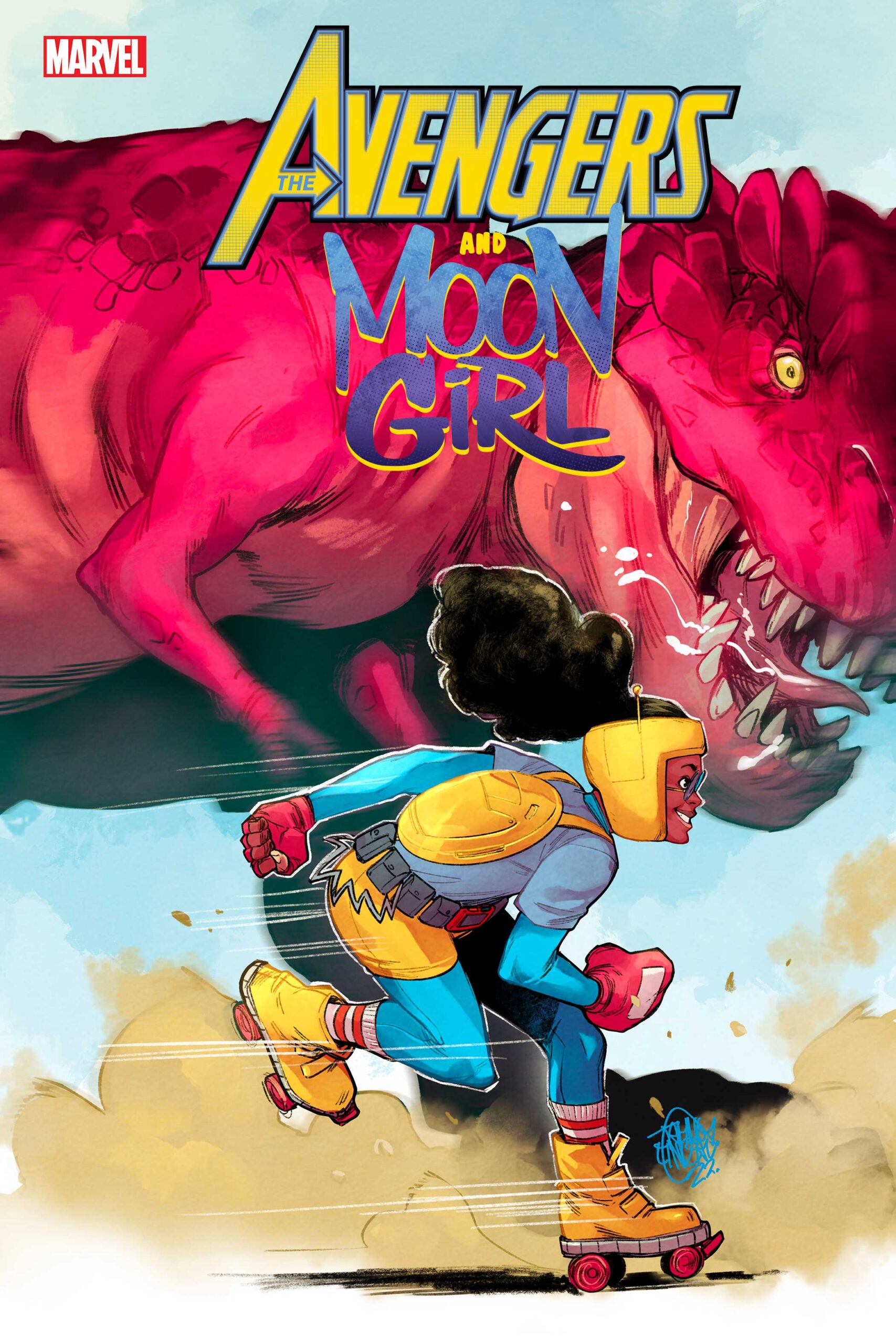 The Avengers and Moon Girl Goes On Sale 7/13