Making its official debut yesterday, this 4-part Infinity Comic publishing throughout all of April focuses on the White Fox.

Exclusive on the Marvel Unlimited App, White Fox #1 follows the story of the last of the mystical shape-shifting Kumihos. Written by Alyssa Wong and drawn by Bruno Oliveira, with colors by Andres Mossa, this four-part series follows the adventures of Ami Han, known as the White Fox.

A striking tale revolving around the mysterious death of a sword master, in issue #1, White Fox has been running herself ragged to help an old friend and find the truth. Because Seoul has a secret supernatural community – and they’re under attack!

“I have a soft spot for White Fox. She’s the first hero I solo-wrote for Marvel. I’ve always loved shape-shifters and monsters, and a question I’m always asking is, ‘Who gets to be a monster, and who has no choice? Who decides what is monstrous?’ Ami Han is a Kumiho who grew up without a Kumiho community, surrounded only by stories about how her kind is evil, heartless, and vicious. There’s certain grief that comes from that kind of cultural isolation, loss, and external hatred, and it’s something she’s had to grapple with her entire life. I find that deeply compelling and resonant.”

On drawing the series in the Infinity Comic vertical format, artist Bruno Oliveira elaborated, “I can go as long as I want to convey a scene and get a certain feeling, and as you scroll and find out more about a panel… it is always surprising. With this format, we can constantly surprise the reader! The reader can never tell if the next panel is going to be a small square or if it’s going to take 3 “screens” of length to show a beautiful setting or a cool fight scene. I love to be able to surprise readers in that way!” 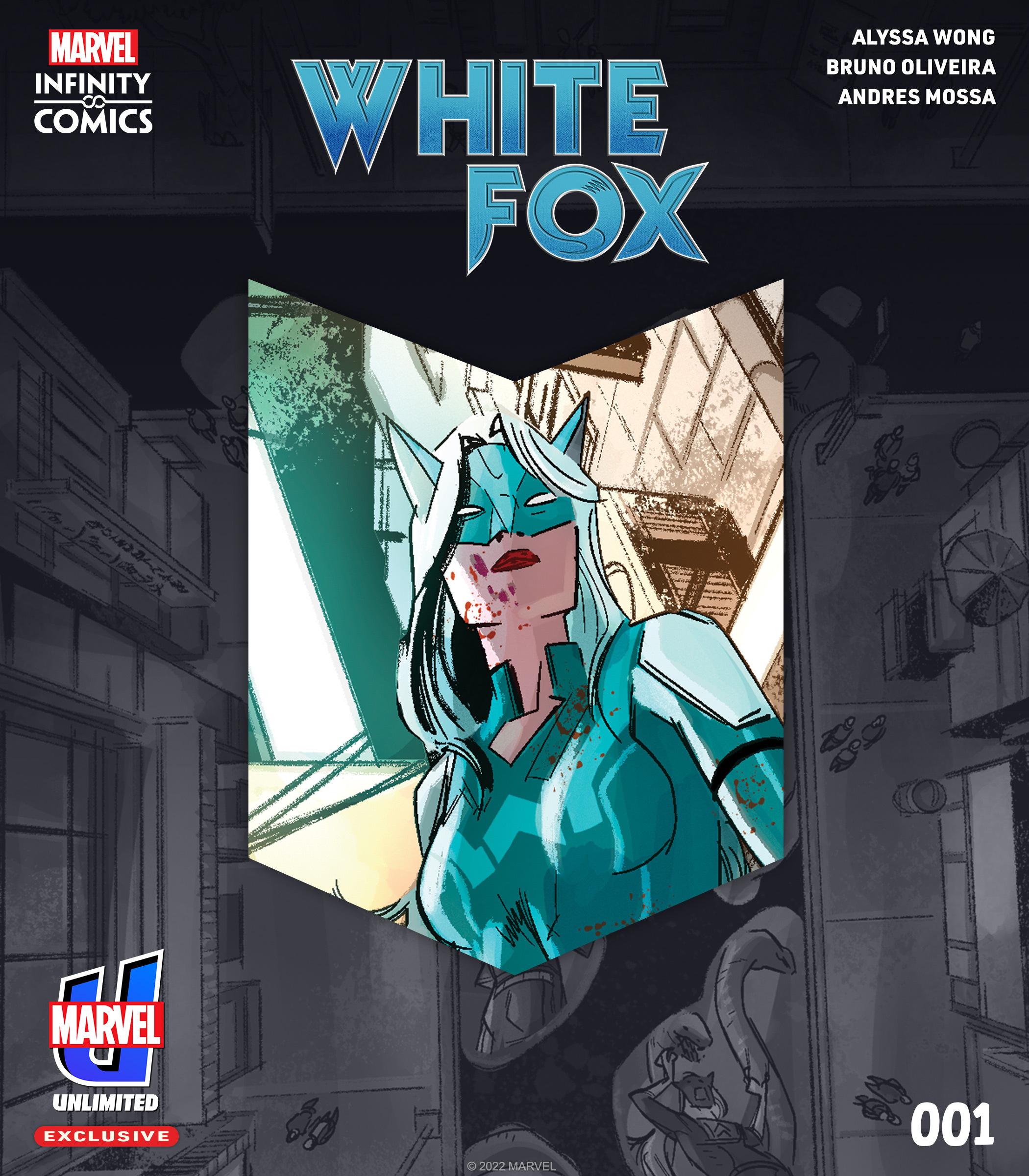 Summary: Ami Han is White Fox, the last of the mystical shape-shifting Kumiho! After her mother was murdered, Ami forged her own path in fighting injustice. Now another murderer stalks the streets of Seoul’s hidden supernatural community. What revelations about White Fox’s past will the hunt for the killer reveal?

New stories of White Fox are available every Wednesday on Marvel Unlimited.