The Americans Recap: Time Out for Feelings

I’ve really enjoyed what Gabriel’s character has brought to the series of late, and tonight was no exception. As a fellow word nerd, the scene at the end of the episode where he explains to Philip that the word love comes from the Latin – amare – while the word wedlock comes to us by Nordic descent.

The latter says nothing about love at all.

Because wedlock? It’s an ongoing battle. A fight. And endless series choices and negotiations solved by practice. Or not.

This week, we took a (small) break from the increasing anxiety wrought by the Jennings’s multiple assignments that have come to a boil and take a look at what this life is doing to them, together and apart. I don’t know about you, but I am grateful for the breather. So is my ulcer.

The marriage between Elizabeth (Keri Russell) and Philip (Matthew Rys) has always been complicated. With Philip needing to spend more time with Martha (Alison Wright) to try to smooth things over at the FBI and things still rocky over the decision on whether or not to recruit Paige, the two of them haven’t really connected in weeks. 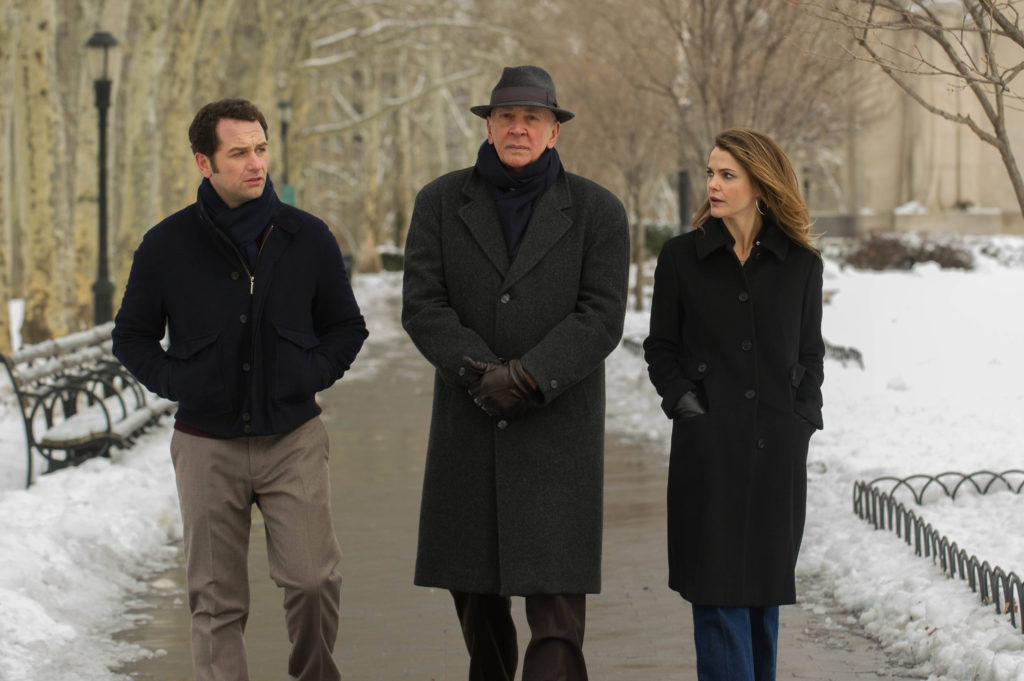 Philip tells Elizabeth that he trusts Martha, that she’ll protect him no matter what, and her arguments fall on deaf ears when Gabriel (Frank Langella) agrees with Philip…but not on a hard heart. Her husband’s obvious affection for the “other woman” has started to hurt Elizabeth and I’d say watch out Martha, because there’s a 50/50 shot that means she ends up dead the first opening Elizabeth sees. Things seem to be quiet on that front, however, and even when Gabriel tells the Jennings’s to break into the repair shop that’s working on the motorized mail cart the FBI uses, he assures Philip that Martha won’t be asked to change the tapes.

To make that happen, the two of them break into the repair company to plant the bug in the damaged mail delivery cart. Even though it’s a small business and it’s the middle of the night, they’re interrupted by an elderly woman who likes to do the books in the peace and quiet. For some reason, probably to dispel her fear, she begins to talk to Elizabeth–about her husband, about marriage, life children, the business–and it doesn’t take two minutes before my heart starts to break, because I know they’re going to kill her.

That fact is affecting Elizabeth, and she’s more emotional in those scenes than we’ve seen her maybe ever. It’s clear that she admires this woman, that she feels badly about the situation, but things like that have never really bothered her before. It’s Philip. Elizabeth is realizing that she wants more than a sham of a marriage and a partner in crime–she’s in love with him and she wants things to work.

Not such an easy task given the world they live in, one where old ladies are forced to take a handful of pills, you’re both regularly having sex with other people, and neither of you can agree on whether to involve your teenage daughter in an organization that will define the rest of her life. 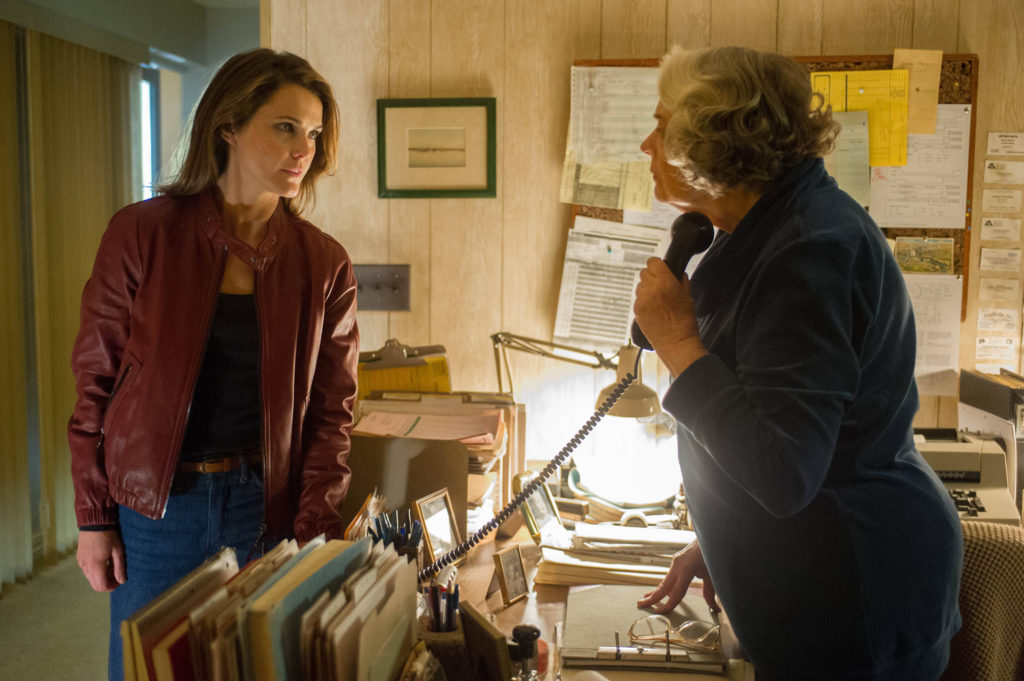 It hurts to watch them struggle this way. Elizabeth is crying when she returns to Philip in the repair shop but turns away, refusing to trust him with her fragile emotions over the old woman’s death. Perhaps if he’d been more understanding, less cold, when she tried to share the intimacies of the woman’s life ten minutes before things would have been different but these two often miss one another’s vulnerable times. One is ready to open up when the other is at their most closed off, leaving them passing ships in the night that are forever tied together, destined to crash on the waves but not float side-by-side.

Wow. I am cheesy tonight. Pass the wine.

I don’t know when the two of them became not only a compelling couple but one that I really, truly root for in a romantic sense. One of the things that makes this show so great is that while we can all agree that the Jennings’s are not actually good people, we want them to get away scot free with equal passion to wanting them to get caught. Great writing, great acting…those accomplish this feat.

There are two other stories in this episode – Stan (Noah Emmerich) and Oleg (Costa Ronin) have teamed up to try to make some roundabout play for Nina’s freedom. Like typical men, it’s never entered either of their minds that she’s able to take herself. Which she is. #TeamNina

The student Elizabeth has been training was seen during the previous week’s operation so she lets him go. His response to this is to go murder the poor kid who I was just SO RELIEVED they didn’t kill last week–and not in a pretty way, either.

Then again, since we’ve been subjected to crunching bones, up-close teeth pulling, and setting people on fire this season, one little shot out eyeball is hardly anything to run to the toilet over.

The episode ends with Philip and Gabriel playing Scrabble. Gabriel tries to drop some of his terribly clever psychobabble but tonight, Philip is having none of it. Things are shit at home, they’re rocky with Martha, he’s still got sleeping with a teenage girl to look forward to and his son is on the front lines in Afghanistan, so now is not the time to try to take advantage of the guy. After opening up about how he felt a bolt of lightning the first time he saw Elizabeth–and that he’s never felt that way before or since–he tells Gabriel as much, dropping the mic at the end of the episode with a promise that he’ll do whatever it takes to protect his family.

The thing is, I think we all know–Philip included–how impossible that promise is. I love The Americans, but I hate how it’s starting to feel as though any kind of happy ending for these characters that have wormed their way into my heart is sliding further and further off the table.

Previous article
‘Dancing With the Stars’ Review: Week Two is ‘Erect’ with Emotion
Next article
5 Times Robb Stark was Hotter than Jon Snow