Spoilers through The Walking Dead Season Three: A New Frontier: Episode Two – “The Ties That Bind”

With the surge in popularity of episodic games, developers are feeling the pressure to make sequels to these games. Titles like: Life is Strange, Game of Thrones, and Batman are all slated to receive sequels in the coming months. The most recent is Telltale’s third season of The Walking Dead.

The success of the first season of Telltale’s The Walking Dead was unprecedented. As of July 28, 2014, 28 million episodes of the game have been sold with over 90 “Game of the Year” awards received. A sequel was inevitable.

Throughout first two seasons of The Walking Dead series, we have followed the story of a little girl named Clementine. In the first season, the story was experienced through the perspective of Lee Everett and in the second season, Clementine took on the role of protagonist. We made decisions, both awkward and realistic, via her perspective. Due to all the time spent with this little girl, players have bonded with her and are fully invested in her character. From our first encounter with her as an eight-year-old girl living in an Atlanta suburb to an adolescent girl now, we have seen her endure so many trials, experience so many deaths, even going so far as killing people that she loved so dear. (Yea, I was one of those players who shot Kenny. I DIDN’T WANT TO BUT HE LEFT ME NO CHOICE!)

Season three of The Walking Dead is now available for download and our hero is a completely new character, Javier Garcia. While he is a fresh and interesting protagonist, the developers have kept our lovable girl, Clementine, in the game. As much as I love Telltale for keeping Clementine in, I also hate that they did. Because Clementine is introduced fairly early in Episode One, I feel that I have not bonded with Javier yet. 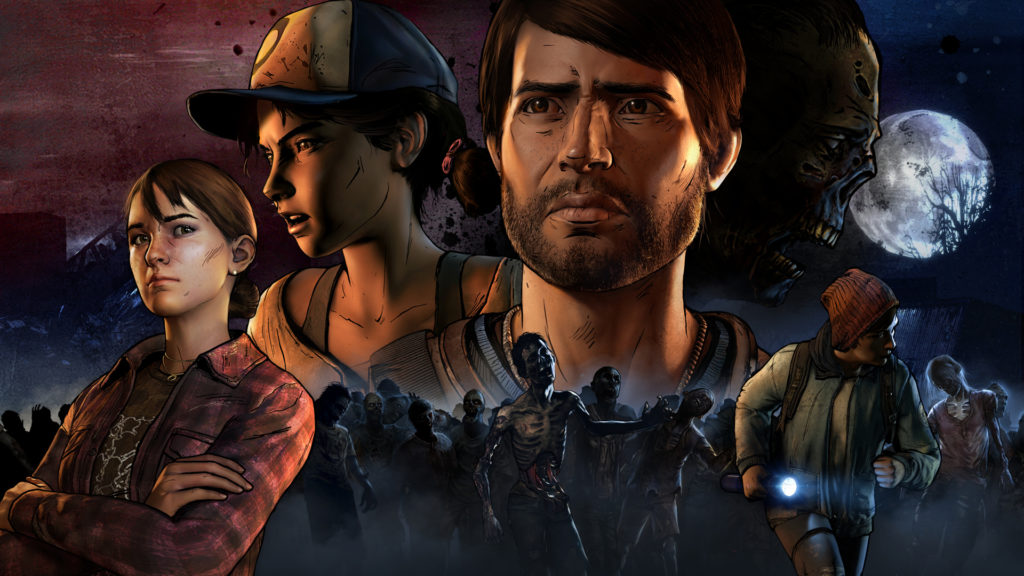 Almost all of my decisions as Javier were skewed towards Clementine’s wishes. When I first encountered Clementine in Episode One, I listened to whatever she said. When she wanted me to have her back for shooting a guy–DONE!–no questions asked. When she sided with me for wanting to go visit the junkyard in the morning with Tripp, I felt reassured that she agreed with my decision. When she said I needed to stay and fight the people at the junkyard, I threw my body over a grenade/flashbang for it.

My dedication to Clementine further escalated in Episode Two: there were many times where Clementine said she had to leave and I would always pick the option of letting her know that she could stay with us. When she had my back when I snuck up on Jesus, a part of me squealed like a little school girl. I was completely shocked when Clementine revealed she was part of The New Frontier. Even after I found out, I completely trusted her and killed a man who wanted to use her as bait, instead. I always had her back regardless of the situation.

As it turns out, though, I was not in the minority. From when I played the game, 94.4% of players got locked up with her and 84.1% of players stayed with Clementine at the end of Episode One. In Episode Two, 91.4% of players shot Conrad.

This leads me to my main question: should episodic games continue to have familiar characters even when their story had clearly run its course? With only two episodes out so far, I still do not feel too much of a connection with Javi. I find myself wanting to learn more and more about Clem. I want Episode Three to come out soon not because I care all that much about the development of the story between Javi and his brother, but because I want to know what exactly happened between Clem and the New Frontier. What were the hardships that Clem faced to make her even more cold-blooded than when I left her?

Because we have a character, like Clem, who we are so invested in, players cannot make decisions rationally. The story becomes less of what we want but more of a reaffirmation of our own biases. When I reflect on the Conrad scenario, Conrad has a point. Here is this ex-baseball star trusting the words of some adolescent girl he met that day, instead of doing everything in his power to save his own family. No rational human being would do that. It would be interesting to see the percentage of the people who did not shoot Conrad who were new players to the game.

So I ask you the reader, what are your thoughts on this situation? We here at the Workprint would love to hear your thoughts and comments.

MOST IMPORTANTLY, WHERE IS AJ? THIS POOR GIRL RAISED AJ FROM A BABY ALL BY HERSELF! WHAT ON EARTH HAPPENED? PLEASE LET HIM BE SAFE!