This week on Teen Wolf: “Triggers” takes us to the zoo, the high school, and an armory before ending with a cliffhanger that made me scream. It’s almost like Teen Wolf heard how unenthused I was with the first four episodes of season. Before we get to the moment that I’m going to be worrying about until next week, let’s talk about the rest of “Triggers!”

The lacrosse team is super into murder now I guess

“Triggers” opens on a teen we’ve never seen before, nervously walking around the school and noticing that all of his classmates have bloody and bandaged hands. My first thought was that Nolan must be walking around stabbing everyone the way he stabbed Corey. As it turns out, I wasn’t that far from the truth! The lacrosse team is literally slicing people with scalpels in the halls of the high school because “everybody gets tested” for being a supernatural creature. When this new kid heals immediately, he’s confronted by the baby-faced, spider-monster lacrosse player and says he’s a coyote. Baby-face spider-monster then reveals he’s looking for mutants like him, and FILLS THIS COYOTE KID WITH SPIDERS. I hate my life.

Nolan and another lacrosse player (whose name is apparently Gabe) find the teen coyote in the locker room, and spiders come pouring out of his nose, mouth, and eyes. All I wanted from this season of Teen Wolf was no spiders, and they can’t even manage that. Monroe shows up and tells them to get rid of “it.” Nolan looks like he’s starting to panic and regret siding with Monroe, so Gabe steps in and straight up strangles the kid.  Monroe turns to a shaky Nolan and says “Gabe just showed me I can count on him, can I count on you?” Damn. 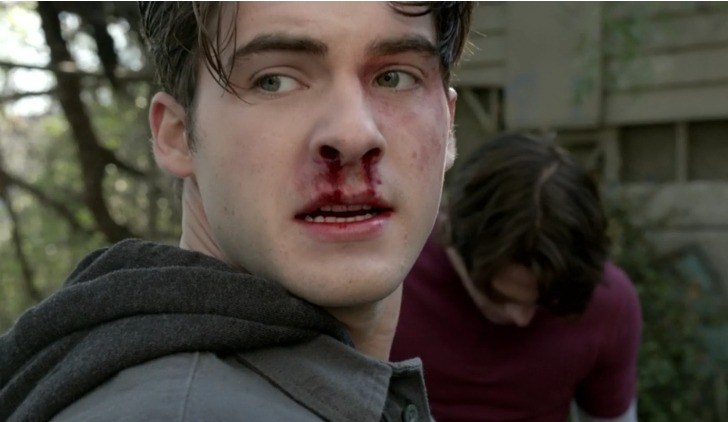 Of course Beacon Hills has an abandoned zoo. Of course.

After Monroe calls him out, Nolan is feeling really bad about himself, so when he notices Mason walking past his classroom with 900 blankets, he decides to follow him. It’s all part of Team Wolf’s plan, because Mason gets on the phone with Liam and lets him know that Nolan is doing exactly what they had hoped. Mason leads Nolan to the Zoo., which is abandoned. Of course, Beacon HIlls has its very own abandoned zoo. Believing that he’s found Scott’s pack, Nolan calls for backup, but only a couple of hunters show up. Monroe still doesn’t trust Nolan, and no one believes he’s found what he says he has. Since all of the hunters abandoning the armory and coming to the zoo is what the plan depends on, Theo decides to stage a fight, and starts loudly beating the crap out of Liam.

Eventually this works, and Gerard, Monroe, and the rest of the hunters show up to hunt down Scott’s pack in the zoo. Theo and Liam are trying to escape without being caught, but Liam is having trouble staying in control. He flashes back of a memory of when he was a student at Davenport, and Brett and the lacrosse team beat him up him in a cage at the zoo. Liam is so angry that he almost kills Nolan, but Theo steps in to save him. As Theo is driving Liam away from the zoo, their plan completed, he makes the astute observation that Liam gets angry when he gets afraid. Finally we have an explanation as to why he’s been losing control. 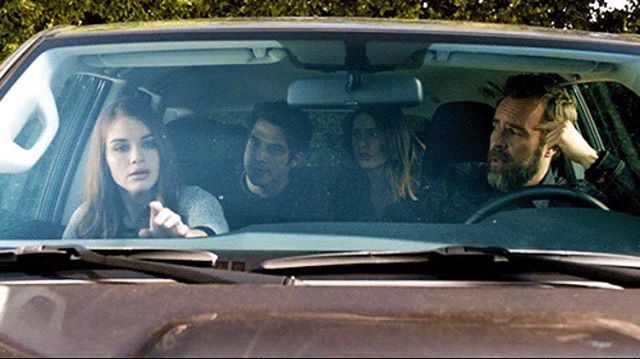 Lydia, Chris Argent, Scott, and Malia are all sitting in a parked car outside of the hunters’ armory, waiting for the hunters to be called to the zoo. They almost call off the plan, but finally Theo and Liam’s diversion works and draws most of the hunters away. They break in, with Chris and Lydia watching on the cameras while Scott and Malia do the actual searching. Once inside,  they see that all the guns are gone and realize Gerard knew they were coming. Before Scott and Malia can leave, they catch the scent of the two werewolves from Satomi’s pack that I thought died in last week’s episode. Scott and Malia refuse to leave, and in their search trigger something that locks them in the armory. That’s when they discover where the scent was coming from; the hunters have body parts from the werewolves mounted in one of the rooms!

Entering the room with the werewolf body parts also triggered motion sensor lasers, and Scott and Malia have to do some Mission Impossible type acrobatics to escape them. This ultimately ends with Malia laying on top of Scott and I love it. Malia comes up with the genius idea to unlock a lock on the ceiling, but this triggers another one of the sensors which activates the fire suppression system and the air is suddenly being sucked out of the room. Scott and Malia are dying, and Chris and Lydia can do nothing but sit back and watch.

JUST KIDDING! Chris and Lydia would never just sit back and watch! Out of nowhere, some hunters show up to surround the room Scott and Malia are in, but Chris and Lydia kick their asses. While Malia lays in Scott’s arms and tells him there were so many things she wants to do before she dies, Lydia uses her Banshee powers and breaks down the door, saving them! 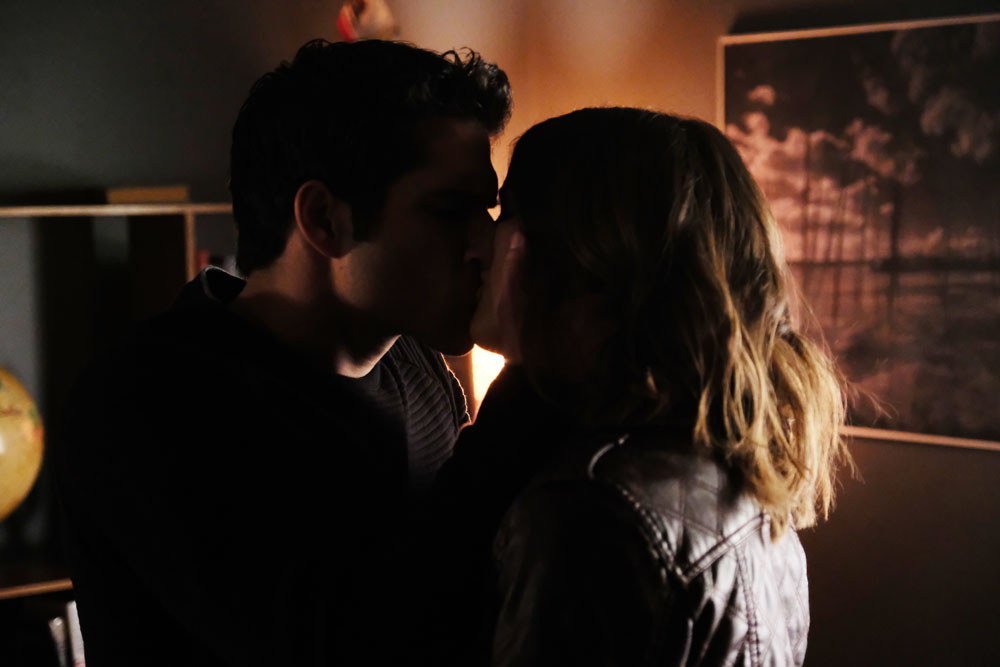 Now that they didn’t die, Scott and Malia are talking in Scott’s room. Malia asks if he remembers when she said there were things she still wants to do in her life, and then she said “this is one of them,” and kisses Scott and his stupidly adorable crooked jaw. I’ll miss Allison forever, I’ll love Kira until I die, but I am a fan of these two!!

Throughout the episode, Lydia is having banshee premonitions. It starts out with her seeing a crack in Argent’s car windshield when there isn’t really one. Then she starts hearing gunshots and shell casings and it looks like she is seeing the inside of Scott’s house. While Scott and Malia are upstairs, Lydia, Mason, Melissa, and Chris gather around a map Scott and Malia stole from the hunters’ armory. They realize it’s a map of all the nemetons in the world, and that Gerard and Monroe’s plan is to eliminate all supernatural creatures everywhere. Before they can react, Agent McCall (ugh) bursts in and tells them Gerard has distributed all the guns to the all the citizens of Beacon Hills. As he says this, people start shooting into Scott’s house and everyone has to take cover. “Triggers” ends with Scott and Malia staring at a blood covered hand reaching towards the ceiling.

Look, I am 90% sure that’s Melissa’s hand. Either way this turns out, I will be devastated! Was Melissa shot? I’ll die if she was. Is her hand bloody because Chris Argent was shot? I also can’t handle that. I know we were told people were going to die during this final season, but I’m not ready. DON’T TAKE THE PARENTS OF BEACON HILLS AWAY FROM ME TEEN WOLF!!