What Is Happening To The Relationships On ‘Supergirl’?

This week on Supergirl: Sanvers has a two minute date and I guess we’re really doing this whole Mon-El/Kara relationship, huh?

Last night, Supergirl aired it’s highly anticipated Valentine’s Day episode, and I have to say that for as excited as I was to get more Sanvers screen time, the whole thing left a bad taste in my mouth. Supergirl has done a lot this season for the queer community, and while I certainly don’t want to take away from scenes like Alex’s coming out, “Mr. & Mrs. Mxyzptlk” was a huge reminder to fans that ultimately, Supergirl still panders to a straight audience.

That’s not to say that I don’t love a good girl on guy romance. I’m a romantic trash bag no matter the gender a character likes to kiss. However, when Winn and that girl from Syfy’s Defiance have the best relationship of the night, even up against established power houses like Sanvers and (ugh) Karamel, then something isn’t hitting the mark.

No matter what, at the end of the day, Sanvers is the Supergirl romance I will sail ‘til the day I die. I have been fully invested in their survival since day zero and unless one of the two does the UNSPEAKABLE, I’m going down with this ship. That being said, I feel a bit cheated with how events transpired between the pair. We were promised an episode that “centered” around Alex and Maggie, a phrase that made me think we’d get some kind of rescue mission for the two. Something outside of Alex’s apartment. Instead, we got four whole minutes of classic CW relationship drama. 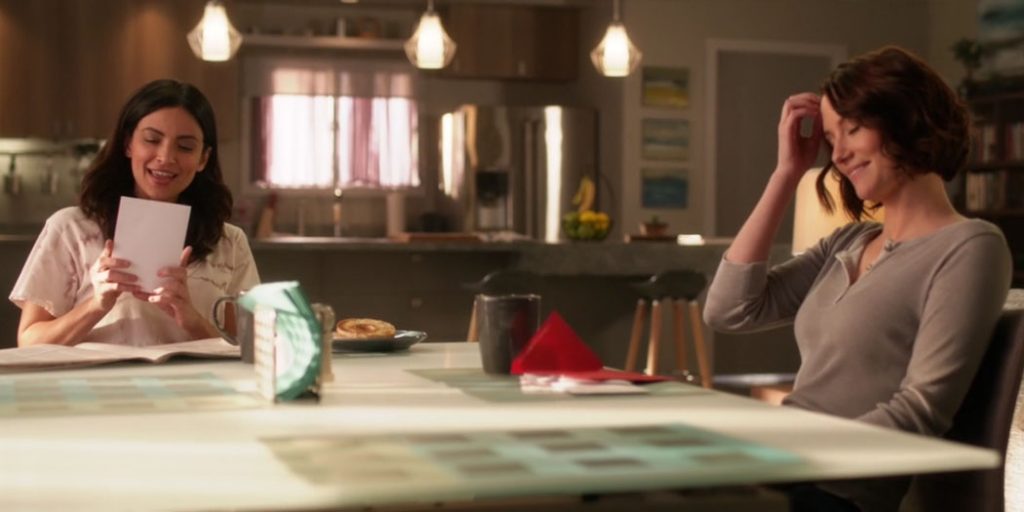 Alex secretly being a hopeless romantic makes me swoon, but the excitement around that particular trait is dulled when we haven’t seen much of the badass Alex lately. Alex being a baby gay is adorable and I love watching her try to juggle her newfound happiness with her “I’m so serious” work personality, but she can’t exist solely for the relationship with Maggie.

And the same goes for Maggie. Thirteen episodes into season two and we STILL don’t know much about this character other than the fact that she’s gay, likes the Barenaked Ladies, and hates Valentine’s Day. Had the latter fact been introduced to viewers in another manner, through a conversation with family, coworkers, something other than hiding out in Alex’s apartment, it would have been better than what occurred. Maggie and Alex cannot exist in the Supergirl universe solely for the other because in doing so, it negates the amazing women they were before they were a couple. Let them be individuals as well as romantically entangled.

That being said, Maggie’s actual coming out story was pretty damn heartbreaking.

And their “prom” was fucking adorable.

I don’t know that I can eloquently speak on the ongoing race issues on network television, but what the ever loving fuck, CW? You had the chance for a wonderful, powerful, and beautiful relationship between J’onn and M’gann and then LITERALLY TWENTY MINUTES LATER, you cast M’gann off the face of the earth. I’m sure that M’gann will eventually return to Supergirl but is J’onn not allowed happiness, too? Can he not also kiss the girls he wants to kiss? Instead, he gets to write her a letter for Valentine’s Day and we have to suffer through 45 minutes of Mon-El bumbling through his feelings? Bullshit. 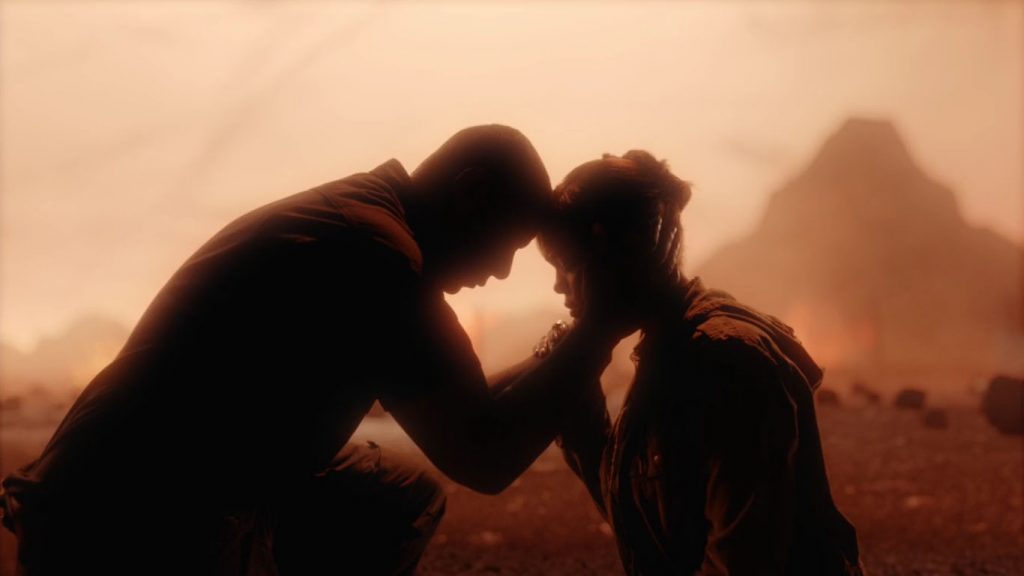 These two are fantastic and their relationship is much more interesting than anything Mon-El could offer.

Now we’re at the big one, the major ship that has stirred up all these angry emotions deep in my core. At the beginning of the year, Kara broke up with James because there’s nothing the CW hates more than starting a season with a happy couple. It ruins ratings or something. James, distraught over losing Kara, went through his Guardian phase, thereby tainting a lot of the happy feelings I once had toward season one James Olsen. Kara, on the other hand, gravitated toward mother-effing Mon-El, ruining everything and giving him 100% more screen time than he deserves. 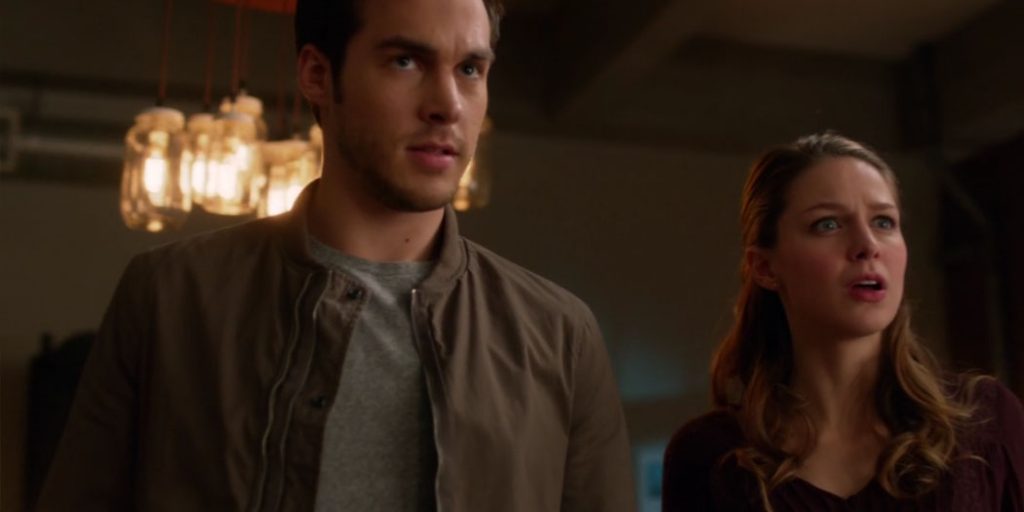 Early on in the season, I was optimistic about Mon-El’s arrival. Sure, my hopes were influenced by my love of Young Justice, but I thought we’d see Mon-El take the place of Superboy and fall in love with Miss Martian. Alas, no. Mon-El and Kara were always destined to be and I was naive to believe the show would think outside the box.

Mon-El is a dry piece of toast compared to literally any other romantic option for Kara. Bring back Cat Grant’s son because I’ll take him over Mon-El any day. When VILLAINS (plural) are telling Kara that Mon-El isn’t worth her time, maybe home girl should at least entertain the notion that he’s a blandsome piece of cardboard in a bow tie.

More than even Livewire and Mxyzptlk’s opinions, it’s KARA who has given the most compelling argument for why she and Mon-El should not be together. If for no other reason, she should listen to her own judgment about this alien hipster. Since Mon-El has arrived, Kara has done nothing but tell him how wrong he is for her. I know we’re supposed to find that “endearing” that they argue so much, but maaaaaaaaaaaaaybe it’s also because it’s kind of true.

Also, do we really want Kara, on a show that young girls watch, in a relationship with a dudebro who ACTUALLY SAID: “Things were easier on Daxam when I objectified women and didn’t care about anyone.”

Mon-El thought he was going to save the world with Kara as a power superhero couple, but time and time again he has proven that he is not dependable when it comes to trusting her judgment or listening to her expertise. He tries to make decisions FOR her and ends up needing to be rescued, making her life more difficult. Say what you will about James, but when it comes to the struggles of being Supergirl, he understands and respects her journey. Mon-El is egotistical and jealous, he pouts until he wears down Kara enough to get her to like him, but he just happens to also be funny, so it’s okay that his character development is centered around apologizing weekly, right?

Kara: “Love isn’t making demands of someone or forcing them to marry you. Love is putting someone else’s needs before your own.”

I’ll repeat that for those in the back: YOU CAN’T FORCE LOVE.

So why is Supergirl so intent on making “Karamel” a thing?

Besides, why does Kara need a boyfriend so badly anyway? She did break it off with James for a reason, right? I’m not saying that Kara can’t have romance, especially since there is a perfectly good candidate right in front of her…

Kara and Lena AKA Supercorp

Look, we all know that if it were up to me, Supergirl would just be SUPERGAY and we’d all be the better for it. But there’s something so irritating about watching a show and knowing that there’s a “limit” on how diverse a show can truly be. With Alex and Maggie, I KNEW that the queer quota and been filled and there was no way in hell that the CW would have two queer couples on the same show at the same time, but STILL I got my hopes up when I came to Kara and Lena.

Don’t get me wrong, I’m happy with the strides we’ve seen in representation on shows like The 100 (despite, ahem, recent deaths), but when it comes to Supergirl, the show seems hell bent on keeping Kara straight, even though she and Lena have a ridiculous amount of chemistry.

It’s not that I’m trying to see romance where there is none, it’s that there’s this double standard between Lena and every other male character on the show.

Lena sees Kara (not Supergirl) as her hero, someone she can depend on. Mon-El sees his feelings toward Kara as his Kryptonite, his weakness that he can’t overcome.

Lena confides in Kara, even when she knows that some of her history might be held against her because she trusts the relationship they have. Mon-El STILL has not told Kara the truth about his life on Daxam.

Lena doesn’t try to change Kara. She understands who Kara is and accepts her role in Kara’s life, no matter how big or small. Mon-El makes jokes about earth culture and brings the insides of a bear to dinner.

Honestly, I’m scratching my head trying to understand why Kara would ever choose Mon-El over Lena other than the fact that he has a penis and a cute smile. You know who else has a cute smile and LISTENS to you, Kara?

Supergirl is also severely lacking in the familial relationships we fell in love with from season one. Where are the board game nights? Where are the pot stickers and pizza? WHERE IS CAT GRANT ON THE BALCONY?

Despite my relationship frustrations from this week’s episode, I have to give props to Kara for tricking both of her male suitors. She pulled a fast one on Mxyzptlk and she sipped that orange juice with so much shade that Barry cooled off over on Earth-1. Kudos, girlfriend.

Winn is the cutest. He deserves way more screen time than that popsicle stick with hair.