Are y’all really going to make me do this without spoilers?

I promise I won’t ruin anything for you here – it’s way too good for me to want you to know anything juicy – but DAAAAAAAMN there’s so much I want to talk about! Rian Johnson’s Star Wars: The Last Jedi is a film so daring in its plotlines and treatment of characters that we know and love that it begs to be dissected and geeked out over for pages and pages of review text.

But I’m not going to do that here. I promise.

What I do want to do though is tell you how much of a treat this movie is…in the vaguest way possible. 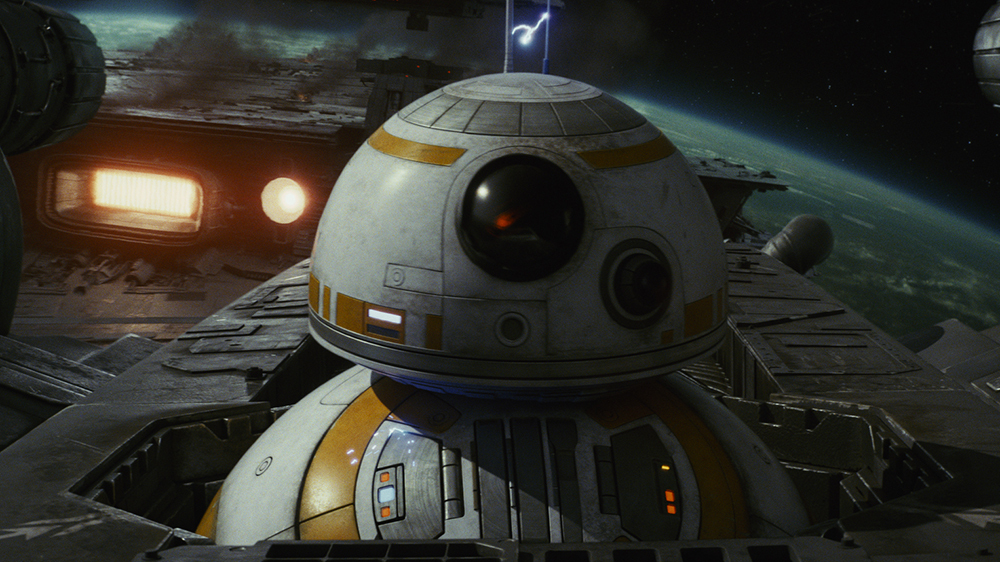 When J.J. Abrams delivered The Force Awakens into the world two years ago we got a mostly light and breezy return to that galaxy far, far away that moviegoers have been obsessed with for over 30 years. Characters that we’ve been in love with for ages were suddenly back on the big screen interacting with new and equally lovable characters and the future of the franchise immediately looked bright.

That film did face some criticism for feeling too much like a remake of the original film in the series, but those critics will almost certainly be silenced after seeing The Last Jedi. What Johnson delivers to us with this film is so wholly original from anything that’s come before it in the series that it probably runs more risk of shocking fans who thought they had it all figured out already. But shock factor aside, I think most fans – like myself – will find themselves enamored with this new film and positively excited about what could come next.

So what’s so good about it, you ask?

Just about everything about it is good! But the base of that goodness lies in Johnson’s excellent screenplay. Set mere minutes after the ending of The Force Awakens, the action picks up as our favorite members of the Resistance led by General Leia Organa (the late, great Carrie Fisher) try to evade the seriously pissed off forces of the First Order’s General Hux (Domhnall Gleeson). An exhilarating space battle ensues and morphs into an epic chase across the galaxy with heroic pilot Poe Dameron (Oscar Isaac) quickly butting heads with newly anointed Resistance Admiral Holdo (Laura Dern) about the strategy of escape.

Frustrated with the direction of the Resistance escape, Poe turns to old buddy Finn (John Boyega), BB-8, and series newcomer Rose (Kelly Marie Tran) to hatch a plan that will hopefully deliver the fleet to safety and keep the fight alive for another day.

Meanwhile, Rey (Daisy Ridley) tries to lure famed Jedi Master Luke Skywalker (Mark Hamill) back to the fight after his  mysterious disappearance following Ben Solo/Kylo Ren’s turn to the dark side. The only problem is that Luke has no interest in returning to the fight and firmly believes that the time has come “for the jedi to end.”

Looking back at The Force Awakens I was genuinely delighted to see Han, Leia, and Chewbacca back on screen but having Luke here (his cameo at the end of the previous film hardly counts) with stuff to do and a legitimate leading role was somewhat magical. There were moments that I felt like a little boy wondering, “What is Luke going to do next?!” And let me tell you, what he does fails to disappoint. He’ll make you cry, cheer, and gasp in wonder. 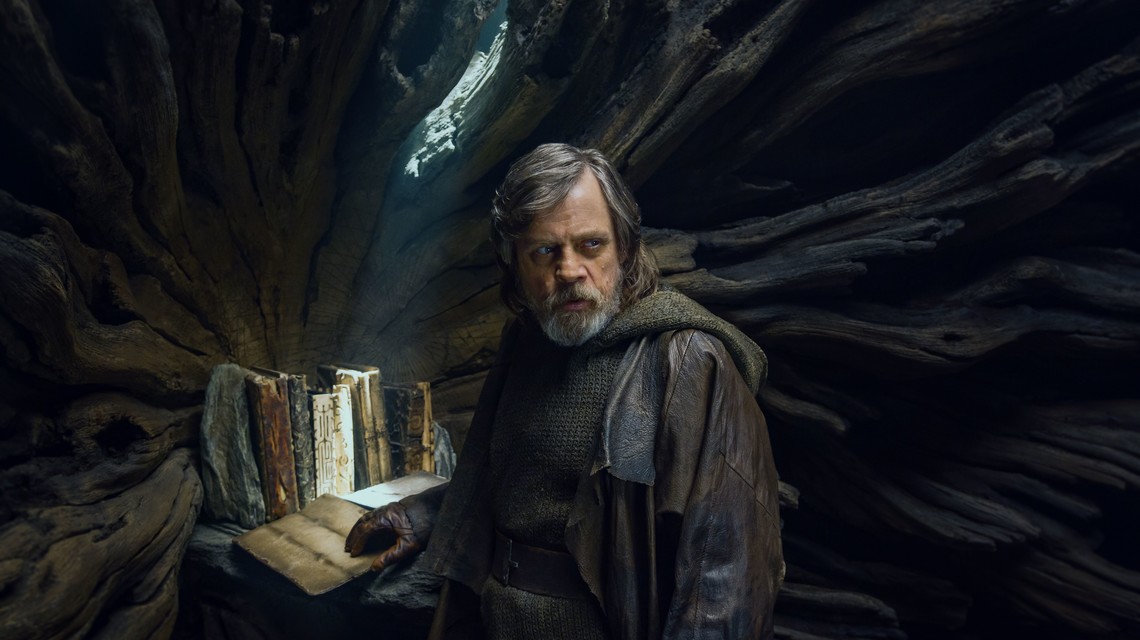 I think what makes seeing Mark Hamill do his thing here so special is the fact that he is almost singularly associated with this role from a physical point of view. Harrison Ford and Carrie Fisher are both great in their Star Wars roles but we know them from so many other things that there is always that notion of “I’m watching an actor here”. In Hamill’s case, his career has focused largely on voice work (with great success I must add) so when we actually see him on screen it’s not “Oh look there’s Mark Hamill playing Luke Skywalker,” its more like “There’s Luke Skywalker!” And that added bit of pureness that he brings to it because of the way his career played out is truly rare and wonderful. As movie fans we’re beyond lucky to have it.

I don’t want to say anything more about the characters or storyline because a lot of what plays out is truly best left to discovery in the moment, but Johnson does a masterful job of telling a story about making choices and illustrating that the world isn’t purely made up of good people or bad people but rather a mix of gray areas in between. This is a very dark movie at times but Johnson masterfully balances that darkness with touches of humor and grace that make the whole viewing experience a well-rounded and enjoyable one.

From a technical point of the view this is probably the most visually stunning chapter in the saga with many soon-to-be-iconic shots and some truly stunning special effects. The cast is solid across the board. And John Williams once again delivers a rousing musical score but you already knew that, didn’t you?

If the film has any faults it might be that it could feel a little long for some viewers. For instance, an adventurous detour to a casino planet of the rich and famous probably takes up more screen time than it needs. I was also disappointed in the lack of information we get about the mysterious Supreme Leader Snoke (Andy Serkis). He appears in a lot of scenes but we never really get to know any more about who he is, where he comes from, why he’s so powerful, or why he’s such a dick. This was something I was looking forward to most about this film and in that regard, it let me down.

But with those few gripes aside The Last Jedi is a tremendous addition to the Star Wars saga. I personally have a hard time comparing it to the original films that I’ve watched countless times over the course of my 34 years on Earth, but it is definitely on par with those original classics and almost certainly better than any other entries in the series that came after them.

But as we look forward now to Episode IX I have one request for director J.J. Abrams: BRING BACK LANDO CALRISSEAN! The Resistance needs him and we as viewers need Billy Dee Williams. 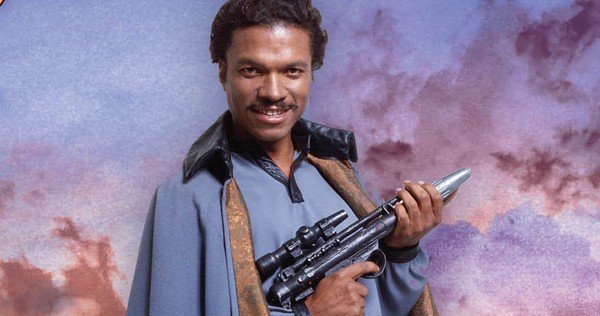