While comedies don’t typically have a season the way action flicks or arthouse pics do, there are few things I enjoy more than the R-rated summer comedy. Some of the most lasting films in the genre were summer releases that flew under the radar to delight unaware audiences. Wedding Crashers, 40 Year-Old Virgin, and The Hangover, all opened in these summer months and went on to obtain cult status; I think they might have some new company.

Writer-director Paul Feig’s action-comedy, Spy, is everything I wanted (and selfishly expected) from the person who had a hand in giving us Bridesmaids and The Heat. But honestly, why shouldn’t I have had such lofty expectations? Because along with Feig, comes Melissa McCarthy – the best part of these past two films (and I’ll fight anybody who says otherwise) – playing the lead role of Susan Cooper, a CIA agent turned analyst, turned back to Agent after a leak renders all their top assets null and void. 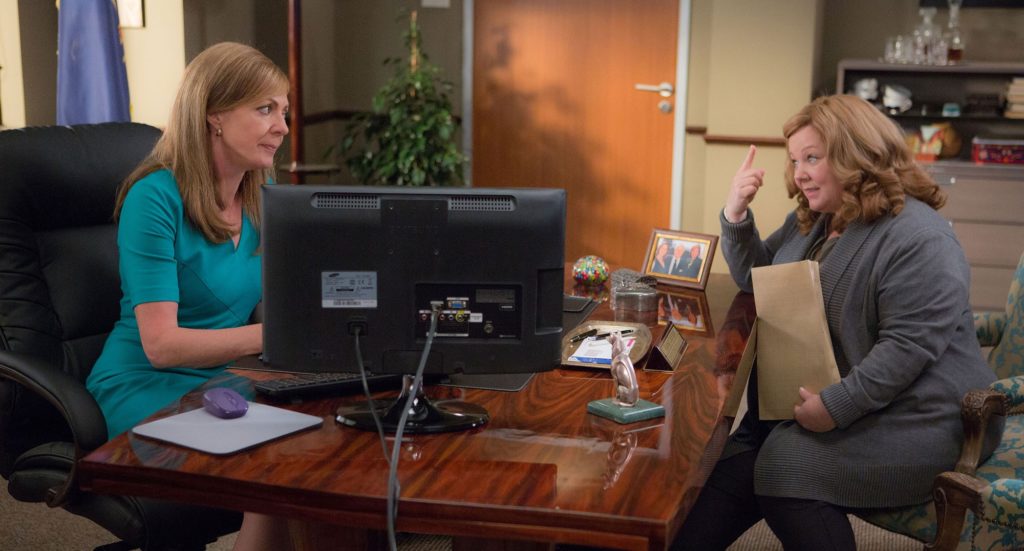 McCarthy delivers an amazing performance that is vulnerable, awkward, intelligent, acerbic, and above all else hilarious, as she waffles between fish out of water and badass agent. What’s more impressive is that McCarthy essentially takes on two roles. In her past movies, she usually filled scenes as the zany “yin” to whoever the straight-laced “yang” was acting opposite her. However in Spy she does both, shouldering the role as a serious protagonist, emotionally vulnerable to Jude Law’s Bradley Fine – a Bondian-style agent she assists from her basement cubicle in Langley – and scared shitless while persuing her dream to be out in the field. Unsurprisingly she also delivers a signature Melissa McCarthy performance that uses her physicality and exceptional delivery (especially if a swear word is involved) to constantly entertain for the film’s two hours.

Save for the few opening minutes which sets the typical spy-thriller tone, the film rests squarely on McCarthy’s ability.That’s not to say that she isn’t surrounded by a more than capable cast. Rose Byrne, another actress Feig brings in from Bridesmaids, plays the main antagonist, Rayna Boyonov, and delivers some of the classiest insults I’ve ever heard. Miranda Hart plays Nancy, Susan’s best friend and fellow analyst and delivers some great lines. But if anyone had a chance at stealing a scene away from McCarthy it was Jason Statham, a death-defying rogue agent who’s either really good or really bad at his job. The character is more than a wink at his past filmography, as he lists his close brushes with death. 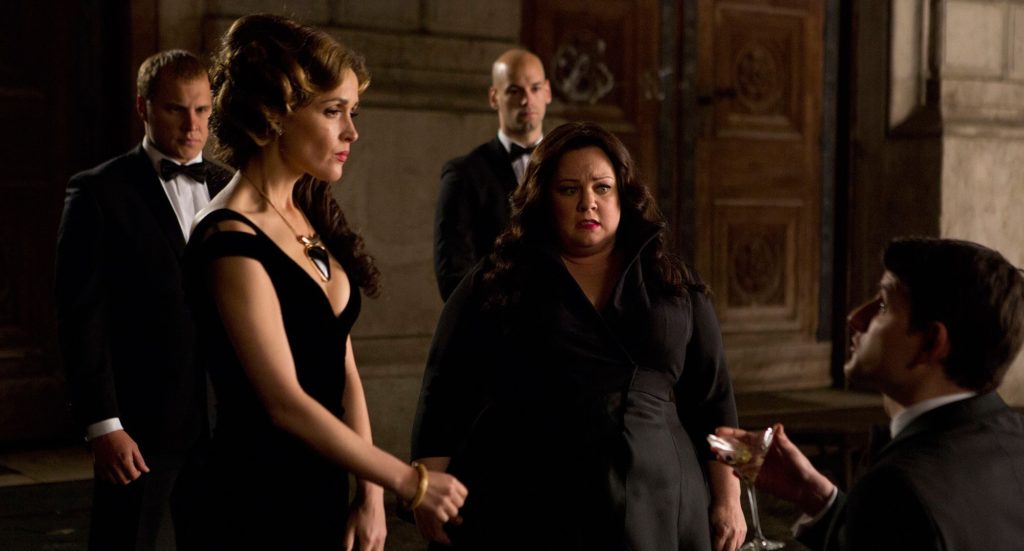 Spy reminds me of 2008’s Get Smart, another action-comedy released during the summer. The two follow basically the same premise of desk jockey turned special agent, and both films use their main actor’s ability to deliver slapstick buffoonery to entertain the audience. But Spy eclipses any merit Get Smart had, solely because they didn’t pull any punches and embraced the R-rating. Not only is this apparent in the delightfully harsh language but also in its graphic fight scenes.

Spy‘s essence can be summed up in one of these scenes. In it, Melissa McCarthy battles one of the film’s highly trained assassins who wields a kitchen knife while McCarthy turns her defense with a skillet into an offense. It’s an example of how even though McCarthy’s character might not fit the mold or carry out her duties in the most conventional manner; she can get the job done in her own way.