‘Scream’ recap: The one where nothing happens and the Duvalls get laid


This episode is about Emma.

Emma, if you will remember, is this series’ protagonist, the “Sydney Prescott” if you please.

Emma has a video out now. It shows her having sex with her boyfriend, Will, who wants her back. This show is so vaporous, I had to think hard to remember if they were ever together. They were. The video proves it. Everyone in school knows about the video. That’s why it’s a good time for Seth, The Hot Teacher, to teach his students about The Scarlet Letter because plot relevance!

“The birth of Hester Prynne’s illegitimate child led to her being outed and cyber-bullied, Puritan-style,” he explains to the class. This occurs while a text message circulates around the classroom with another clip from Emma’s sex tape.

Even by modernization standards, this is reaching. It’s also not a “theme” unless you want to count Ghost McMeltyFace calling her on the phone to point out how much of a “whore” she is. Emma is pissed off that her class is giggling over the exposure of the video of her having sex — but uses her anger and frustration to plug Riley’s vigil instead of lashing out. And Ghost McMeltyFace follows her there, too — in full fucking wardrobe. Jesus, even professional wrestlers aren’t this dedicated to their characters.

Kieran is back, though! Where was he? He was dealing with insurance companies over the death of his Mom, which is a good thing since, as a student, he’d have no say in that. But, fuck it. Will’s father is required to legally fill out FAFSA forms in this dimension, so here we are. Anyhow, Kieran’s on Schmoooove Overdrive with Emma. Together, they share this little moment:

Between Kieran’s perpetual, yet confident boner, Emma’s fatigued performance and the disappointment in her voice, I don’t buy that she’s even remotely upset about this video. 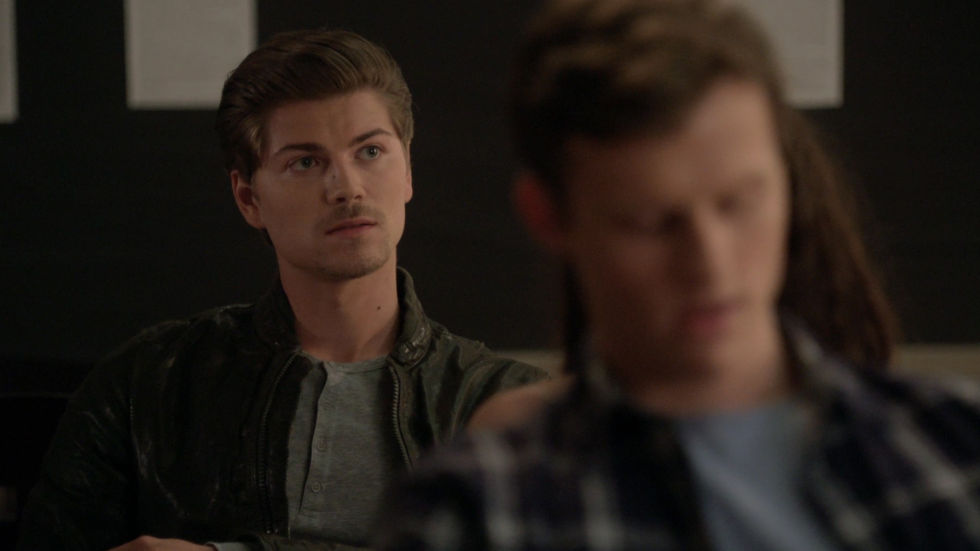 Meanwhile, Brooke is losing her shit. Her Mom’s in rehab, her Dad tells her. But because we’re PG-13 on this show, the booze habit has been replaced by copious amounts of coffee. “WHAT PART OF SKINNY ICED COFFEE MACCHIATO DON’T YOU UNDERSTAND???” she screams at the barista at the coffee counter. ACTING! It turns out that Brooke knows a little something about that sex tape: it was part of a jock bet that he couldn’t get Emma into bed. The video was evidence. “I CAN’T KEEP LYING TO EMMA!” she yells in front of everyone in the CROWDED COFFEE SHOP BECAUSE THAT’S WHAT SHE DOES NOW. Hell, Emma’s there and she hears it. So, it’s time for an apology to Emma for that little misunderstanding.

Jake was in on it. When is he not? He’s the one trying to blackmail her father, the mayor of Lakewood. He even breaks her Dad’s nose during a little blackmail meet at an abandoned warehouse. He has more secrets to spill to Brooke — and lets her in on the whole illicit video ring. The problem? He lies and says it’s Will’s fault. Plus, “Will” has some video of her Dad doing  “very bad things”, which prompts Brooke to upload security footage from her home (from her phone which totally has the capacity for hundreds of hours of HD security footage). Brooke finds out that her Dad dragged a body from the trunk of his car the other night when she wasn’t around. Could it be her Mom? 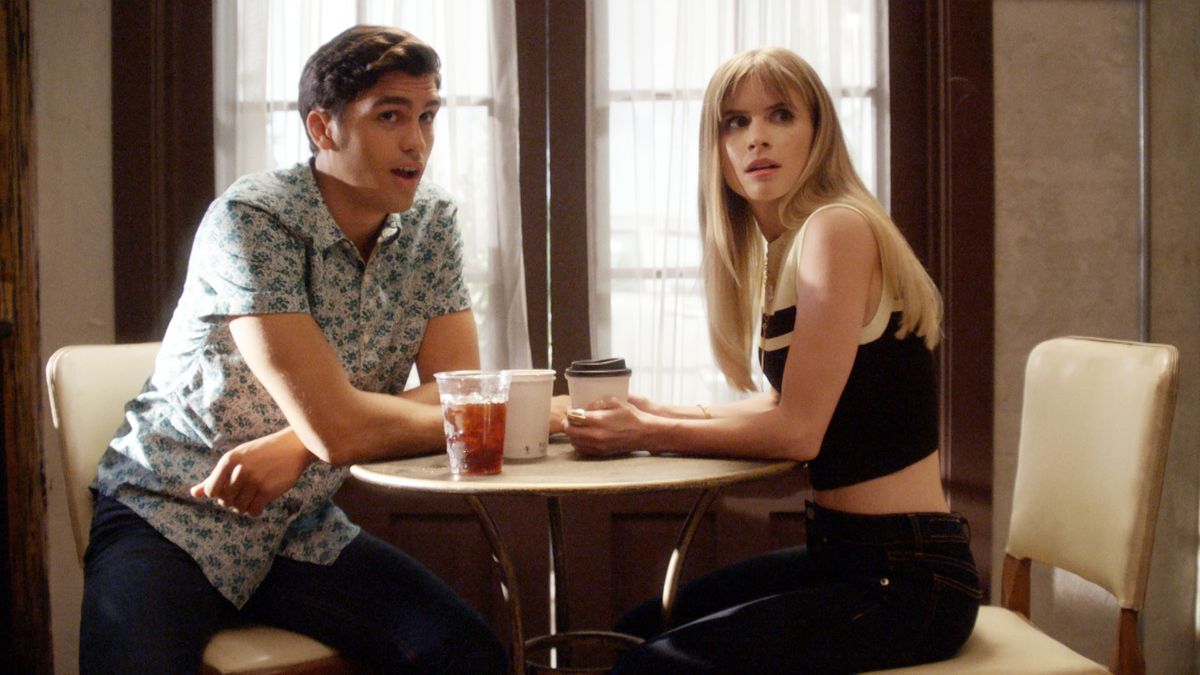 But enough of that. Emma dumps Will (again) in the most over-dramatic fashion, slapping him in the face and yelling at him like Brooke yells at Baristas across Lakewood. Will can only empathize with her and, to his credit, says that she has every right to be upset, to which Emma yells, “I DIDN’T ASK FOR YOUR PERMISSION!” I guess. Actually, was Will giving his permission to Emma to be upset? It doesn’t matter. Emma’s on a roll with another gem. “You sound like a bad romantic comedy,” she says. “Except, we didn’t meet cute, we met sick-twisted!“.

It just gets worse from there. Will, angry at Jake already for the confrontation with Brooke’s dad, confronts Jake over revealing the truth to Emma. Jake cracks his trademark smirk and says, “If you wanna have a full-on psychotic meltdown, why don’t you take it home to the chickens and the cows?” I don’t usually zero in on dialogue like this because I usually find it to be nit-picky…but who green-lit this script? 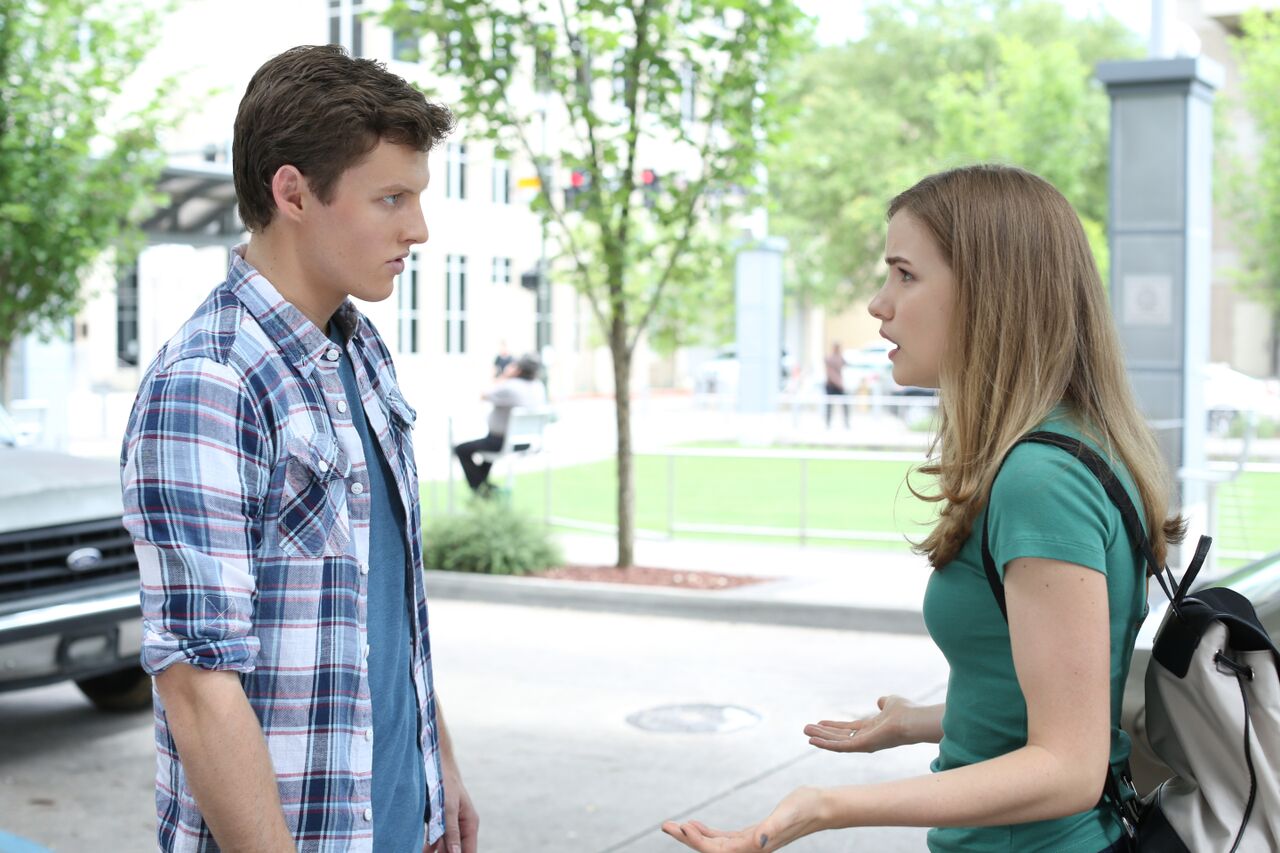 Even the cast’s n00b, “Detective Lorraine Brock” (Sophina Brown), isn’t immune to the bad dialogue. Coming into Lakewood as a bit of a substitute for Sheriff Hudson, she’s there to “get this case solved quickly” per the orders of the state Governor. Also, she used to have a thing for “Hud” (the pet name she calls him) back in the day. One can only wonder what the assignment was like here: “We need this case solved QUICKLY, Brock. We know you guys were fucking at some point. That’s totally cool, though, and not a conflict of interest. Get going.”

She attends the Riley vigil, only to feed Hudson this line:

“Quite the Twin Peaks you’ve settled into, Hud.”

This episode, this show, these characters…they ALL wish this was Twin Peaks. It’s NOT Twin Peaks. It’s NOT Game of Thrones or any other show it just casually references to try and stay hip. This is a watered-down version of a dead horror franchise on cable’s worst channel.

And we’re not even finished yet.

After taking “self defense in P.E.” (the equivalent of one semester of Photoshop Boot Camp in night school), Emma’s ready to kick Ghost McMeltyFace’s ass. She even tells him that when he calls her on the phone. She’s hardened, trusts nobody, ain’t taking no man’s shit no mo’ and she’s gonna choose wisely. Until she makes out with Kieran against a wall, lets him drag her into a dark meadow in the middle of the night, and then sits there like an ass as he pulls a gun out of his jacket and says creepy things to her like, “The killer could be watching us…he could be behind a tree or in the back of my truck right now.”

This is all Spanish Fly to Emma and it’s sexy time! She and Kieran strip down and screw right there, mid-meadow. The hardened, take-no-guff, screw-men-and-their-sex-tapes Emma who the video meme declared was the “fastest girl in Lakewood” is, in reality, the most gullible sap this side of Lakewood. And she’s not the only one: her Mom and “Hud” finally get down in the kitchen. So…yay? The Family Duvall gets some? Anyone care?

Gone is the emotional good will from the third episode as is the anticipation (I don’t care what Kieran says) and the expectations that one might be entertained by any of what is put on screen. This show just does things for the sake of doing things. There isn’t anyone to care about anymore, except the Killer who could slaughter each and every character on the show at this point and I wouldn’t care.

Folks…I shouldn’t be hoping that it goes that way. But, at this point, Scream’s more interested in plugging songs on its soundtrack and showcasing teen heartthrobs rather than giving us a coherent plot or believable characters.