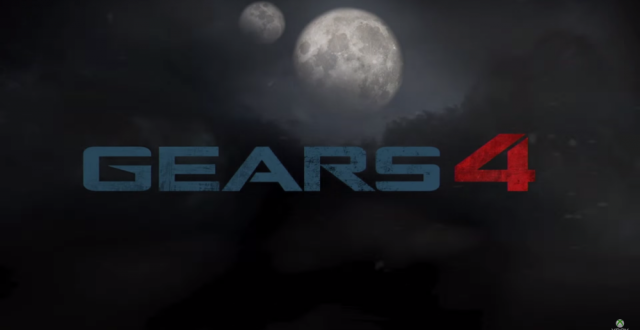 New Information on Gears of War 4

During E3, The Coalition did something unexpected by giving us an in-game demo of Gears of War 4. Many were merely expecting a brief trailer with a logo, but instead we got something dark, brooding, and mysterious. While the footage came off as exciting, many fans were confused. Who are these new characters and where is Marcus?

In an interview with the gaming website IGN, Rod Fergusson of The Coalition gave us more information on their vision for the future of the series. “We always thought of it as a tease. People expected a flash of logo and a Marcus poem, and we wanted to overshoot that. Why not do a tease that speaks to the mood and the tone of the game?”

Rod and his team really wanted to get back to the roots of the series. He goes on to say, “We’re going back to something personal, intimate, dark, and mysterious, being afraid of the boogeyman.” He felt that the Gears series started as a “monster game”, but by Gears 3, a lot of the horror elements had subsided. “You’ve got a war game. The Locust is an enemy army you know how to defeat, Wretches aren’t scary anymore”.

So what about Marcus and his team? Why would they choose to focus on new characters instead? It all goes back to the desired horror feel for the game. “You look at someone in, say, their mid-20s, they have a lot to be developed. There’s a greater opportunity. The impact of the game on the character can be greater.”

This will also greatly impact the games story. The folks over at The Coalition want to update the story telling for a modern audience. He emphasizes this by saying, “The stories have changed a lot from 10 years ago. Back in the day people expected stories to be black and white, there’s good and bad. Today, people want a lot of grey, a lot moral ambiguity, things that are open to interpretation about what’s right and wrong.”

The Coalition is making changes to a much loved series, so some fans may be worried. Rod told fans that they will “show respect” to the groundwork that’s already been laid. “We’re going to treat it properly. Then we can talk about greater innovations.” Hopefully all of this change means great things are coming for this series.

On a side note, it was announced today that those who purchase the new Gears of War Remaster, and play it online before the end of the year, will receive all previous games in the series for free once they become backwards compatible. While this isn’t the complete series remaster like the Halo Master Chief Collection, its still awesome that everyone can experience the whole series on their new Xbox One consoles.

Are you excited that Gears of War is going back to its horror roots? Or are you worried for the new direction of the series? Let us know in the comments down below!

James is a freelance writer, who also hosts the Life Of Gaming Podcast on iTunes.
Previous ‘Scream’ recap: The one where nothing happens and the Duvalls get laid
Next ‘Mr. Robot’ Review: Shayla becomes a memory

‘State of Decay 2’ Review: When a Video Game Becomes Its Own Worst Enemy