***IF YOU DON’T WANT TO BLOW THE SURPRISE THE ENTIRE SEASON HINGED ON, STOP READING NOW. SERIOUSLY. STOP. DON’T READ FROM HERE. YOU’VE BEEN WARNED.***

The second season of MTV’s “Scream” ends the way it began: a rushed hodge-podge of ideas crammed into 47 minutes of television…and everything was going so well. After the “masterpieces” (and I use the word, “masterpieces” against my good judgement) that were “Heavenly Creatures” and “The Vanishing”, “When a Stranger Calls” seems content to unfortunately revert to what makes the show a borderline unwatchable mess.

The episode’s hook is that Emma and Audrey are on the run after The Killer manages to hijack the squad car they’re in — and then freeing them. Why? Because The Killer likes to play with their food before they eat it, as has been illustrated so many times this season. That little tidbit renders last week’s set-up completely pointless. We all know that Ghost McMeltFace is good at drawing out the Lakewood Six every single time despite Noah’s constant meta-soaked warnings (a bit where Brooke pleads with Noah to “stop going meta” on her made me want to throw a brick at my television) and the assumed intelligence of the characters. Last episode, The Killer framed the girls for murder. This episode, he frees them…so why go to the trouble of framing them? The idea here is that Emma and Audrey are fugitives from the law and they can’t turn themselves in because, if they do, the Killer will kill somebody Emma cares about. But, The Killer could do that anyway, so why would you frame them?

“You’re gonna be in Ten Most Wanted territory if you don’t watch out!” Noah tells the girls over the phone when they call him. Really? They’ve been missing for less than 24 hours and that’s enough for Noah to portray them as criminals who belong on a list once occupied by Osama Bin Laden? The incredibly useless Ms. Lang thinks the girls are crazy because they have a shared psychosis. ‘Stavo’s on the “guilty” bandwagon, too, so that causes yet another break between Brooke and some dude. It’s bad enough Brooke’s father is dead. “He wasn’t always the best Dad, but he was…there,” she tells Noah. Jesus, neither of those things are compliments. It’s hard to feel anything here because Brooke’s Dad just kinda vanished into the ether and popped up every so often, acting slimy and bringing Keiran’s aunt into his blackmail schemes which, if I’m remembering correctly, allowed him near-unchecked power over the entire town. I don’t know about you, but I have so many feels.

So, the big reveal is that (SPOILER – click and drag for it) Keiran is The Killer. It’s not entirely disappointing. It’s far better than the whole “Piper is the Killer” ending last year and much of the final sequence is fairly suspenseful. It’s just fairly predictable and his motive is weak: he’s pissed off because he and Piper were together before the initial murders and he didn’t like how Emma’s mom tossed Piper out of their place. His overall plan is to kill his own father, then Emma…then Emma’s mom. This, after he becomes “a hero” for solving what the Lakewood Police were “too dumb to solve.” So, to recap, he’s going to be a hero “for stopping Lakewood’s murder spree” only to murder Emma’s mom…thus, restarting the murder spree? Why didn’t he just murder Emma’s mom first?

That’s one of many questions one might have. Others might include why Brooke’s dad offered Tina Hudson $15,000 to leave Lakewood. Or how Keiran suddenly became a technological mastermind capable of hacking computer systems from a fairly large distance. Or how Noah was able to recover from a massive stab wound so quickly and leave his hospital bed, in order to help Emma and Audrey, completely undetected by any hospital staff. Or why none of the hospital staff reported a missing patient which might have lead the police to the kids. Or why Audrey goes from 0 to Murderous when Emma traps and corners Keiran. Or why the movie theater lobby has REAL STABBING WEAPONS in a glass case. Or why Keiran would say something a) that makes zero sense in the moment and b) is virtually the same thing the Killer said to her which gave him away in two seconds. Or why the police don’t suspect Emma and Audrey when they enter Keiran‘s murder room and find the girls torturing Keiran. Sadly, the series seems a lot more interested in forgetting all this and, instead, focuses on using the last few moments of the episode setting up for a future season which is beyond wishful thinking at this point. 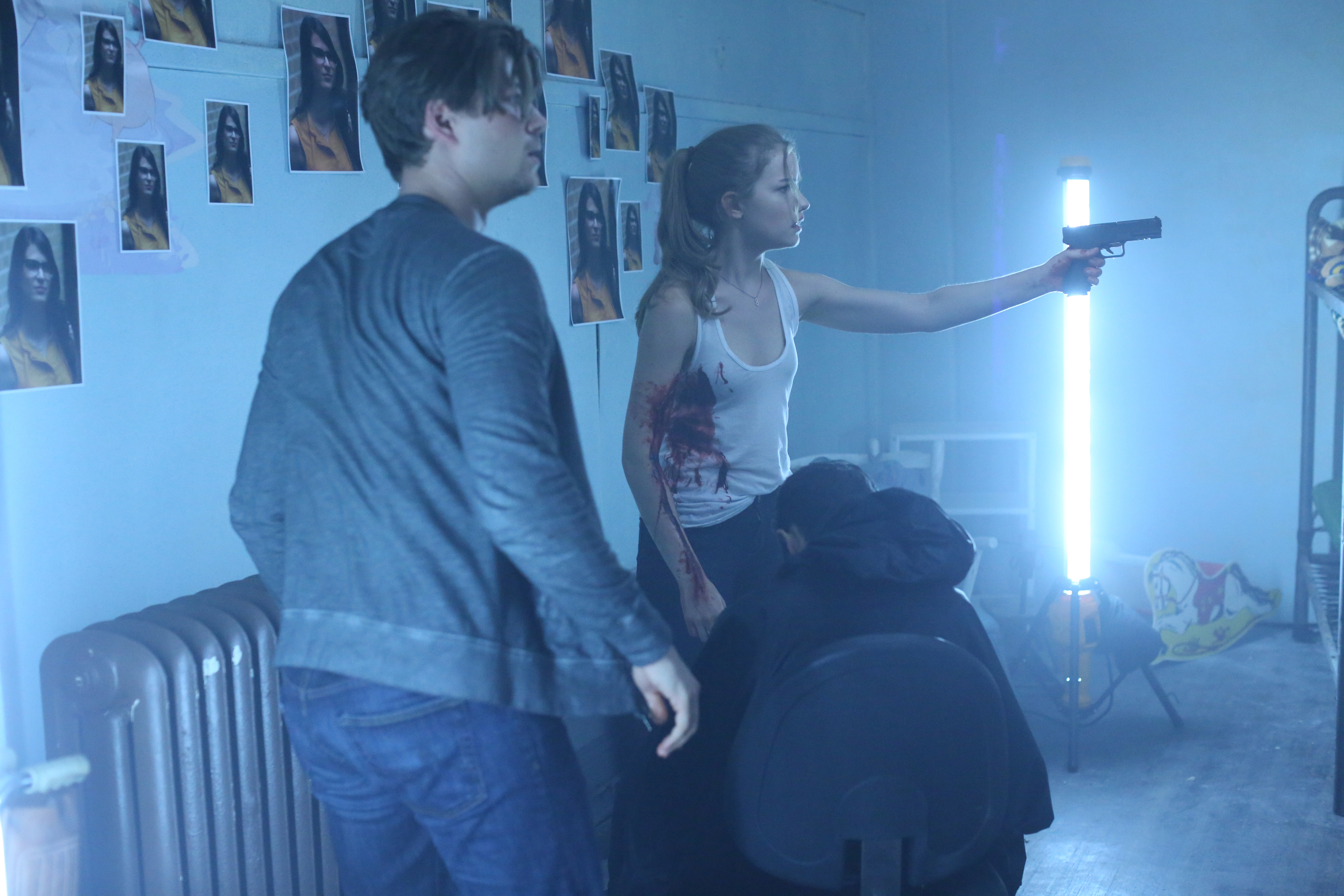 The episode is sloppy as they come and really could have benefited from another hour in order to give the story more time to cook and expand. For what it’s worth, MTV teased some sort of “Halloween Episode” of the series, so regardless of the series’ fate, fans might get some questions answered (which just makes the “finale” seem even more cheap) but, overall, it’s probably for the best that this show get axed. Or stabbed. Or whatever you want to call it. “When a Stranger Calls” was a dud, sacrificing storytelling for half-assed plot devices, holes you could drive a tank through and cheap teasers for an as-of-yet non-existent third season. The second year, on the whole, was a slight improvement but still suffers from laziness, without fail, when it really counts.

(NOTE: Thanks for following me through two seasons of this show! I will see if I come back to cover a third season. As of this time, MTV has not yet renewed the show.)

Previous article
‘Shadowhunters’ Casts Nick Sagar as Victor Aldertree
Next article
Why All The Hate For ‘Metroid Prime: Federation Force’?