This month marks the 30th anniversary of the beloved Nintendo series, Metroid. To celebrate, Nintendo is releasing a brand new game in the Metroid Prime series (sort of), and yet, Metroid fans are outraged. What could cause such hate? They must have gotten their hands on the game early to know that it’s absolute garbage, right? Wait, you mean all of this hate is for a game that hasn’t even released yet?

Well, let’s look at the path Metroid Prime: Federation Force took to release, the fans’ response, and, in a way, how Nintendo has already declared it dead in the water before it’s August 19th release date.

Metroid Prime: Federation Force was announced for the Nintendo 3DS on June 16, 2015 at that year’s E3. From the opening moments of the trailer, fans took to message boards, every social media outlet possible, and even the official Nintendo YouTube page to show their disdain for the project (and to this day it still stands as the most unliked video on YouTube). What was it about this video that caused fans to react so poorly in such a big way? Well, I think it comes down to a multitude of smaller issues.

First, Nintendo of America President, Reggie Fils-Aime, hinted at a new Metroid game for a long time, even going so far as to wear a special Metroid pin to 2013’s Game Awards. When asked about the project, he would coyly respond in vague terms, causing fans to build the hype in their own minds. Second, we haven’t seen a proper Metroid game since Metroid Prime 3: Corruption back in 2007, unless you count fan-made remakes that are quickly taken down (I think we can all agree to forget the debacle that was Metroid: Other M in 2009). Finally, Retro Games deciding to stick with Donkey Kong Country and create Donkey Kong Country: Tropical Freeze for WiiU, instead of working on a new Metroid, made fans even more bitter. With all of the waiting and anticipation, fans were only building into a flurry of expectations that could never be met.

I must admit that I feel pretty bad for Next Level Games. No matter what they created, no matter how great it could be, it was always going to be hated. If you look at the company’s track record, they have made many fantastic games with Nintendo’s IP, including: Super Mario Strikers and Super Mario Strikers Charged, Punch Out for the Wii, and the amazing Luigi’s Mansion: Dark Moon, a sequel to one of my all-time favorite GameCube games (and actually tops the original in some areas). Years of blood, sweat, and tears have gone into this game, only to be trampled on by the masses before release. I can only image how crushed the studio must feel.

With our current generation that practically lives on the internet, it’s easy to put out the negative. It gets the loudest response and riles up the biggest conversations (just look at our local news, reality shows, and social media posts). We quickly jump to conclusions and hop on bandwagons once something has already been stepped on. It’s the cool thing to do. Plus, with the anonymity of the internet, you never feel that you have to take responsibility for your actions. However, often times, people forgot how their actions will affect the creators, which is very sad.

The Changes to the Metroid Formula

Let’s look at why Nintendo is making, what many fans think, to be such a drastic change to the Metroid Formula. First, even though it has a dedicated following, sales have never been one of Metroid’s strong points. The best-selling Metroid in the history of the franchise, Metroid Prime on GameCube, only sold 2.82 million copies. That’s a far cry from something like Super Mario Sunshine, which sold 5.91 million copies on the same system. Metroid has always been a lower selling series when compared to Super Mario, The Legend of Zelda, Pokémon, or any of the other popular Nintendo IPs. 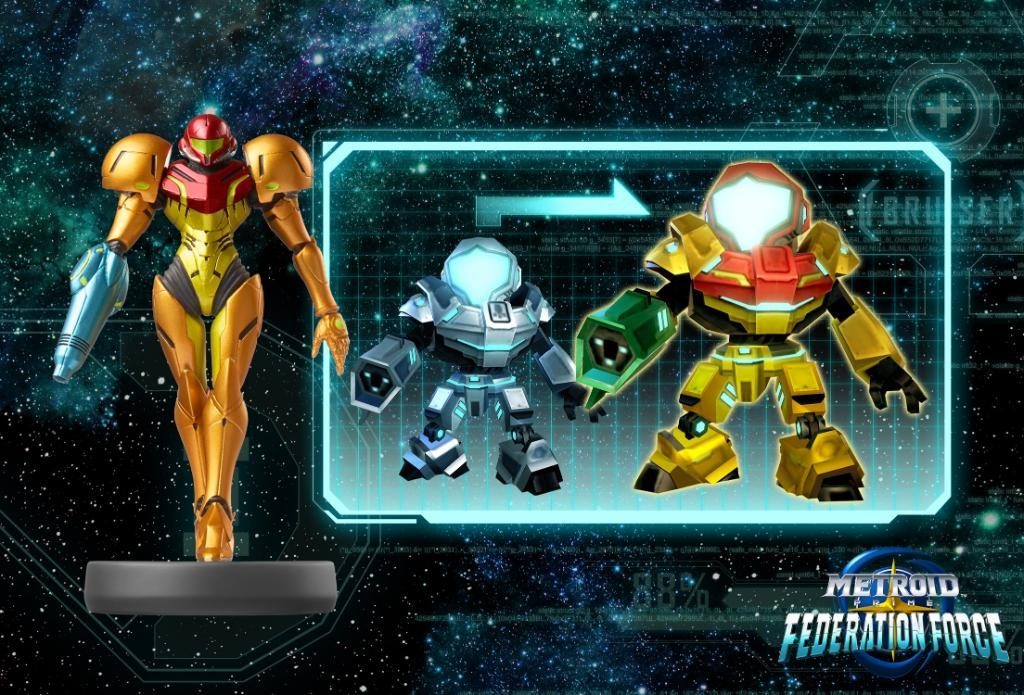 Second, Nintendo is known for shaking up the formula, giving us things we never knew we wanted until we got our hands on them. Without their desire to change and innovate, we would never gotten Super Mario 64, instead sticking to the 2D roots of Mario, with games like New Super Mario Bros. Even the Metroid series itself went through a drastic change that no one saw coming. Metroid in first person? That will never work! Now it a staple in a much loved franchise.

Giving the Game a Chance

Looking at the game itself, Nintendo appears to be trying to cater to fans while also giving them something new. Without feeding the negative beast that is currently Metroid Prime: Federation Force, I am here to give a few reasons why I think you should at least give it a try before placing judgement. It’s the first person-shooter perspective people are expecting, set in the amazing world of the Metroid series people love; only this time, you get to enjoy it with your friends. This adds a fun co-op / competitive nature to the experience. They’ve even added a special competitive mode known as Blast Ball (which you can currently get on the 3DS eShop for free).

Many complain that because Samus is not the main character (although she does appear in the game as an AI), it has ruined the entire experience. I don’t see it that way at all. Did Captain Toad Treasure Tracker ruin the Super Mario 3D World experience? Of course not. In my opinion, I see this as more of a side-story to the Metroid franchise. In this game you get to battle alongside Samus Aran and the other members of your Federation Force squad, fighting a unified threat and expanding the world of Metroid outside of the small bubble of the Samus Aran story.

The sad thing is, knowing Nintendo, they will weigh the sales of this game on the future of the Metroid franchise. If this game doesn’t sell to their expectations, they will put their resources into another series that they feel will help the bottom line. Metroid would return to the backburner.

With the original response to this game from the fans, Nintendo’s expectations can’t be too high. They have already cut most advertising for the project. Outside of a new trailer hitting a week before the games release, Nintendo has been absolutely silent on the project since the 2015 E3 debacle. They can’t spend money on a game they feel won’t sell. From a business perspective, they still need to make back their development costs. Nintendo only does one thing: make games. So, they need to make sure, even when giving fans what they want, they can get their return on investment.

If you still decide that Metroid Prime: Federation Force is not your cup of tea, that’s fine. All I ask is that the next time you decide to hate something before you even give it a try, just work a little harder to have an open mind, if only for the peace-of-mind of the developers who worked so hard to bring that project to life. If after you’ve gotten your hands on it, and still think it’s not worth your time, at least you know you have the proof to back it up. Just remember: Video Games are made to have fun. It’s the reason we love this hobby, and what binds us together. We all may like different flavors, but we all still enjoy the same thing. There’s no room for hate in a world that’s made for fun.