Release Date Revealed for ‘Rocket League’ on Xbox One

Rocket League has been the talk of the town since it’s release on Playstation 4 and PC last year. Xbox fans knew they would eventually get in on the action, since the game’s creator Psyonix revealed it would be coming to Xbox at last years Game Awards, but the release window was vague. We now know that it will be coming to Xbox One next week, on February 17!

Those that have been waiting for the Xbox One version will be happy to know that all of the previous DLC will be included in this addition, which featured 6 new cars and 50 additional customization options. It will also introduce Xbox exclusive cars based on the Halo and Gears of War franchises, as well as Sunset Overdrive themed items. This version will not, however, feature cross-play support like the PlayStation 4 and PC iterations of the game. For those worried that the Xbox One version will lag behind in terms of content with the PC and PlayStation 4 counterparts, Psyonix went on to say that they will be “aggressively supporting” the Xbox One version with updates and content. 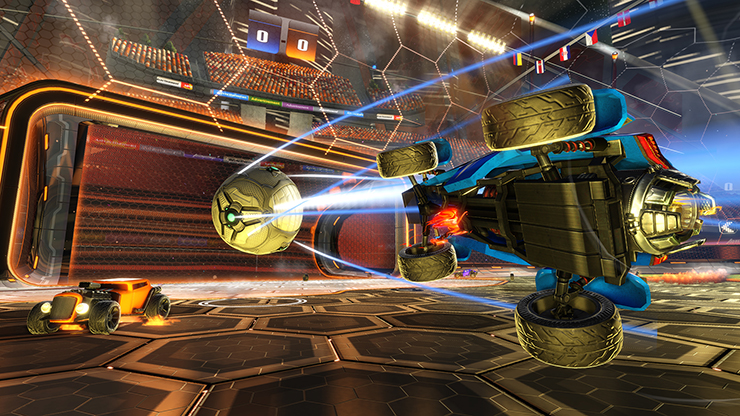 Are you excited to check out what all of the fuss is about with Rocket League? Have you already been playing it on your PC or PlayStation 4 months ago and now it’s old news? Let us know in the comments down below!

Previous article
‘Supergirl’: Family is tested in “For the Girl Who Has Everything”
Next article
‘The Bachelor’ Review: Deep Intellectual Things are my Jam!