The Playback – Looking Back at ‘The Hunger Games’

Welcome to The Playback! In this little slice of cyberspace, you’ll find us getting prepared for a new sequel/spin-off/prequel/remake/redux/reducks (?) by looking at what came before it! This week marks the premiere of ‘The Hunger Games: Mockingjay – Part One’, so we are taking a look back at the two films which preceded it, starting with 2012’s ‘The Hunger Games’. 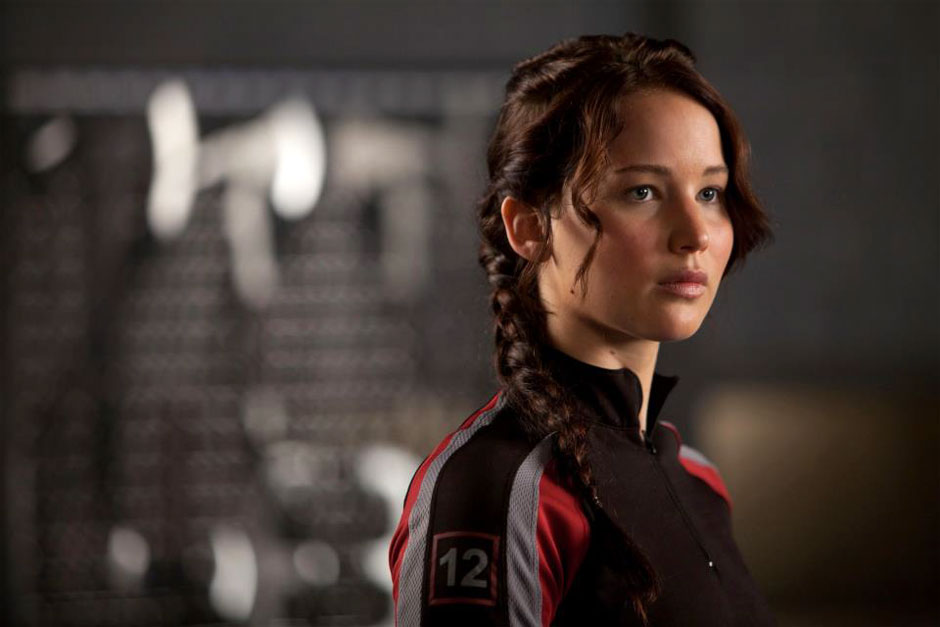 You could certainly argue that ‘The Hunger Games’ did hit all quadrants, what with it’s massive near-$700 million take worldwide, but I chalk that up to never underestimating the power of the tween and teen demographic. They have always been undermined and will continue to be, but that’s a whole other article. Let us return to the dystopia of Panem, shall we?

One of the big problems I have with YA novels and narratives is its consistent short-sightedness with the worlds that each novel creates. A story’s world is perhaps the most important thing to “sell” in a narrative because it is the key component which allows all the insane ideas to make some sort of logical sense; if it makes sense in the world, it is believable, not matter how far-out the concept. This is what the ‘Harry Potter’ series does so well. But with most other YA novels, and thus their adaptations, there is a certain naiveté that each book possesses about its world that affects the believability of the rest of the material. Be it ‘The Maze Runner’, ‘Divergent’, or even ‘The Hunger Games’, if you really start to look at the world of each book, the seams begin to show in the narrative.

In ‘The Hunger Games’, the world lacks a cohesiveness to it. I obviously understand the social differences between the Capitol and all of the Districts, but the visual style is too wildly different. Characters like Caesar and Seneca and Effie have bizarre ‘Fifth Element’-esuqe hair, makeup, and wardrobe. It looks like something pulled from a galaxy far, far away. But the problem is that the story doesn’t want us to think it’s a galaxy far, far away. This is a mirror image of Earth. The geology and ecology is the same. When Katniss and Gale are hunting, they don’t hunt strange, other-wordly game with wild feathering or fur patterns– they hunt the same turkeys we all know and love. Technology -old and new- is a reflection of our own, so why then are aspects of the society so wildly “out there”? It’s an inconsistency that many not find too important, but it pulled me out of the story.

And what is the backstory of the world? How did we get here? They speak of a class war and there are echoes of a Fascist state and how it would look if it really took hold over a society, but, at least in the film, it is never really explained.

But really, the execution of the movie was far too even-handed and lacked any sort of edge, which is really the problem for ‘The Hunger Games’. It’s a problem which was quickly rectified when Francis Lawrence took the reins from Gary Ross for ‘Catching Fire’ to great effect, but this movie suffered from a constant regiment of Playing-It-Safe. The threats just don’t seem that threatening. The most harrowing sequence of the movie is Katniss vs. a hive of ‘Tracker Jackers’ – glorified wasps – and the way in which it is executed is all a little silly.

But perhaps the moment in which the movie really lost me was when Katniss discovers Peeta, camouflaged as a rock. Or is it a tree log? Who the hell knows. (And by the way, what the fuck kind of name is Peeta, anyway? ‘Peeta’ isn’t a name. ‘Peeta’ is when someone misspells the thing I enjoy eating with Hummus…) I buy that Peeta can use his existing skills to figure out how to blend in with the environment. I buy that he would be able to use the resources around him to create that subterfuge. What is totally fucking ridiculous is how it looks in the movie- with his face sticking out of some kind of rock out-cropping. It was an unintentionally hilarious moment that I could not have fully prepared for. Poor Peeta was supposed to look smart and cunning, but instead he ended up looking like a mascot for the worst sports team ever. “Ladies and Gentlemen, let’s welcome to the field, the mascot of the Panem Rocks- the Panem Boulder Thing!” This moment is the summation of everything wrong with ‘The Hunger Games’; interesting ideas which are poorly executed, one after another.

‘The Hunger Games’ ended up being a misstep. Not a massive one, but a misstep nonetheless. Happily, that mostly changes full-stop with the second installment, ‘Catching Fire’…

Check back later in the week with The Playback looks at ‘The Hunger Games – Catching Fire’.