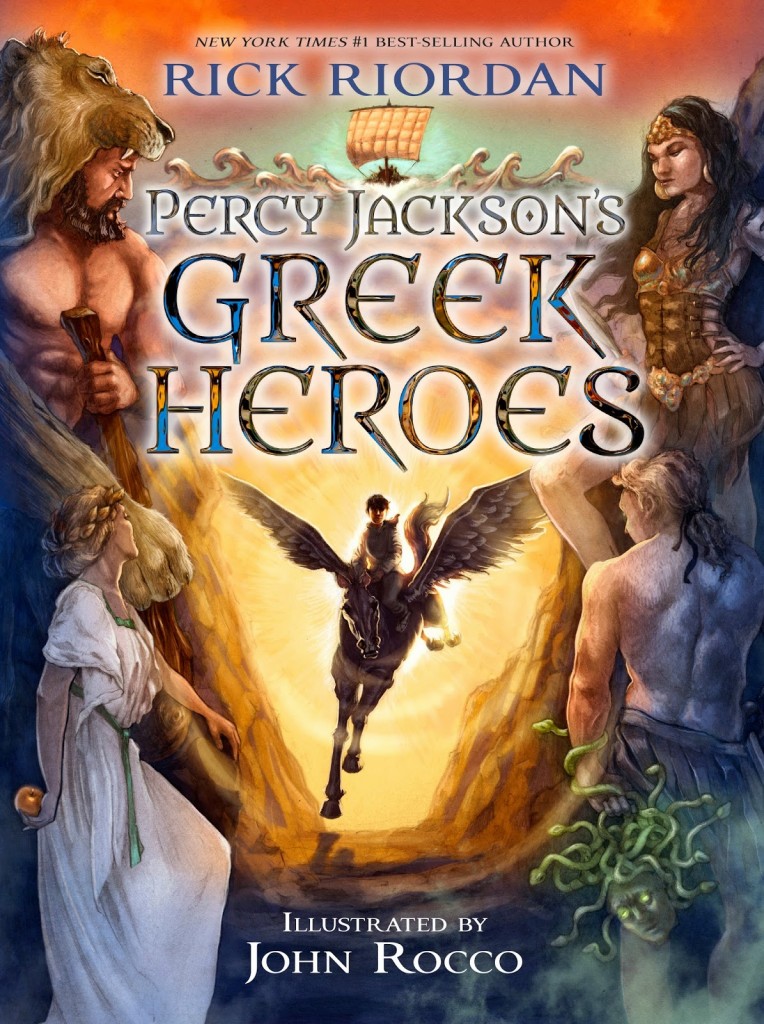 Rick Riordan is one busy man. His latest book, The Blood of Olympus: The Heroes of Olympus was released last week and it is currently number one on USA Today’s bestseller list, beating out Gillian Flynn’s Gone Girl.

On Monday, Riordan revealed the cover of Percy Jackson’s Greek Heroes, a follow up to Percy Jackson’s Greek Gods which was released this past August. Greek Gods is a retelling of well-known and some not so well-known stories from Greek mythology seen through the eyes of demigod Percy Jackson. Percy is the main character from Riordan’s first Greek series Percy Jackson and The Olympians. His adventures continued in The Heroes of Olympus where Riordan expanded the universe to include Roman demigods as well. Greek Heroes will be released August 18, 2015, which also happens to be Percy’s birthday.

The author has also written a trilogy on Egyptian mythology called The Kane Chronicles that centers on magician siblings Carter and Sadie Kane as they battle the forces of chaos in the modern world.

This past September, Riordan announced his newest series that concentrates on Norse mythology called Magnus Chase and the Gods of Asgard. The first book is titled The Sword of Summer and is expected to be on shelves next October. Here’s the official summary:

Magnus Chase has always been a troubled kid. Since his mother’s mysterious death, he’s lived alone on the streets of Boston, surviving by his wits, keeping one step ahead of the police and the truant officers. One day, he’s tracked down by an uncle he’s never met—a man his mother claimed was dangerous. His uncle tells him an impossible secret: Magnus is the son of a Norse god. The Viking myths are true. The gods of Asgard are preparing for war. Trolls, giants and worse monsters are stirring for doomsday. To prevent Ragnarok, Magnus must search the Nine Worlds for a weapon that has been lost for thousands of years. When an attack by fire giants forces him to choose between his own safety and the lives of hundreds of innocents, Magnus makes a fatal decision. Sometimes, the only way to start a new life is to die . . .