The Walking Dead Review: No Sanctuary 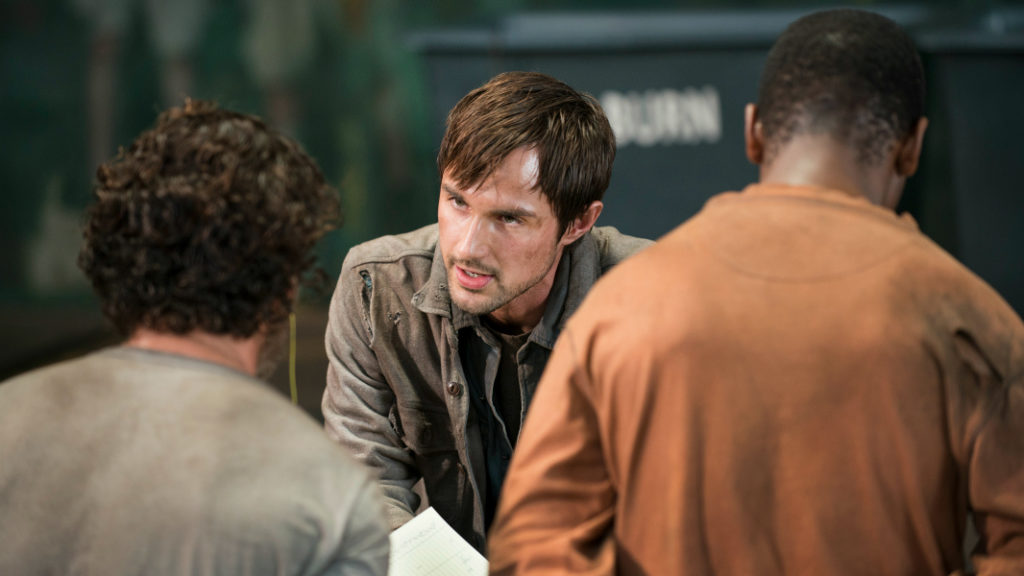 The Walking Dead
Season 5, Episode 1
“No Sanctuary”
Grade: A-

The much anticipated return of The Walking Dead picks up directly after last season’s cliffhanger ending, with Rick and the rest of the group held prisoner in a train car at Terminus. Despite their determination, things seem increasingly hopeless against their cannibalistic captors until an explosion rocks the compound. What follows is a swift and brutal fight for survival against the citizens of of Terminus (Terminians? Terminusians? Termites?).

It’s a rather swift conclusion to the story of Terminus, which for an entire half of the fourth season beckoned our heroes with a distant promise of sanctuary. For a show that so often struggles with pacing, I think it’s a positive sign that the writers are more willing to wrap this story up quickly for the sake of forward momentum. We do however see glimpses of what Terminus used to be–a sincere attempt at sanctuary before its founders learned a hard lesson about the new world they live in and what they must do to survive.

It’s a theme that this show frequently revisits, for better or worse. It’s the inescapable dilemma that every person must confront sooner or later, but unfortunately there only so many ways you can phrase the question. The Terminians very quickly learned that being the butchers is preferable to being the cattle, but Tyreese is the latest character to be shackled with this moral quandary. Despite the very compelling arguments he has constantly been presented, he still can’t quite bring himself to kill (and even struggles at the thought of dispatching zombies). His story arc proves to be the least interesting part of the episode, buoyed only by the suspense of baby Judith’s life in the hands of a faltering protector.

Rick however, is facing the opposite problem. We find him once again teetering on a precipice; this time, instead of depression or madness, it’s one of hatred. The horrors that befell him in the previous season has imbued him with a new sense of agency and ruthlessness. There’s little room in his heart for mercy anymore–he leaves his would-be butchers to turn, sees a survivor trapped in another train car only as a useful distraction, and is determined to return and hunt down the survivors of Terminus after their escape. It’s easy to see the parallels being drawn between Rick, the Governor, and Gareth; fortunately, Glen convinces him to rescue the trapped survivor, reminding him that “that’s still who we are. It’s gotta be.” 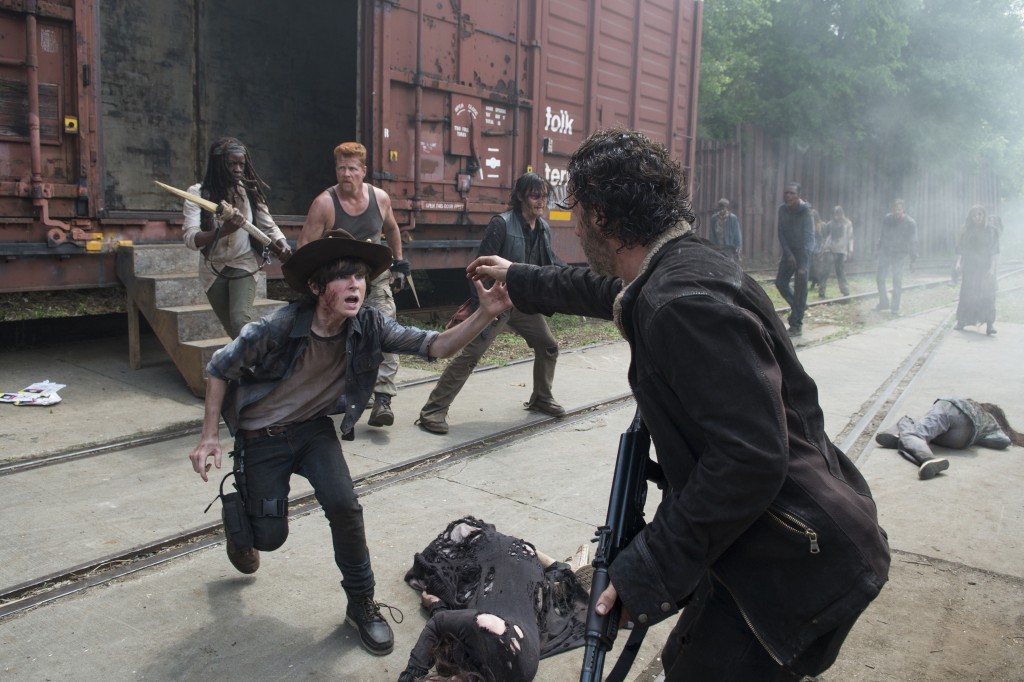 The small details and more subtle characterization nearly always trump the contrivances of plot and dialogue in this show. The improvised weapons that the group methodically fashions whilst trapped within the train car is a clear indication of how far they’ve come, and it speaks volumes more than more tired dialogue about how cruel realities of the zombie apocalypse has changed them. All throughout the episode, we see the calm and efficiency with which our heroes dispatch both zombies and humans alike, while the panicked Terminusians scramble and fire recklessly at the invading herd of walkers (it actually felt strange see a zombie take a bullet anywhere other than the head).

The episode struggles a bit in other areas of its writing. Despite learning a very clear lesson about being butchers instead of cattle, the Termites just can’t seem to help themselves by making some classic cattle mistakes. The man at the cabin is easily tricked and overpowered by Tyreese despite having a very significant upper hand, and the woman who gets the jump on Carol needs her to turn around so she can say something to her face, I guess.

Speaking of Carol, this episode surely secures her place as the most badass character on the show (sorry Daryl). She singlehandedly rescues her friends by setting off a massive explosion and casually strolling into Terminus amidst a horde of walkers. She has all the skill and wit without the fear, hesitation, or anger that fetters the other characters. She even had time to clean up and wash the mud out of her hair before meeting back up with the group!

After leading them back to Tyreese and Judith, the group enjoys a hard-earned moment of relief before leaving Terminus. With Beth still missing but no clear destination in mind, it remains to be seen whether Abraham will convince the group to escort Eugene to Washington. And as is always the case in this show, we can’t say for sure that we’ve seen the last of Gareth and the Terminants. We apparently haven’t seen the last of Morgan.