For fans of the Resident Evil series, a mysterious new game development codenamed ‘Project Resistance’ was showcased back in early September. Little was known about the demo save that it was seemingly a co-op resident evil game much like Resident Evil Outbreak.

Thankfully, we at The Workprint were able to sit down and play as survivors through two rounds over at the well-decorated Capcom booth.

In Project Resistance, you get to play as one of five different roles. Four of whom are survivors, each with their own unique skills and abilities. Each meant to complement each other through cooperative gameplay. For example, some characters can observe traps or zombies others can’t, some serve as tanks against the Tyrant (Mr. X) better than others, and some can even drop an area-of-effect heal on the ground. 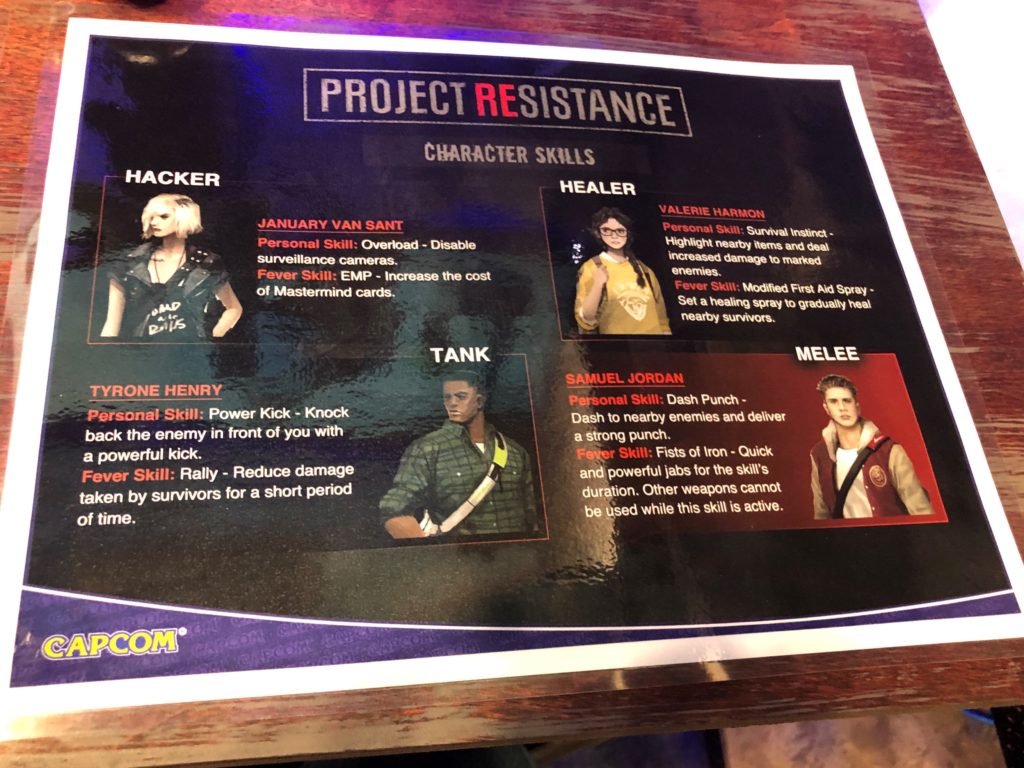 The survivor’s scenario is very escape-the-room, where the team needs to coordinate to get past zombies, solve puzzles, and find several keys to unlock the next exit point. The survivors also operate on an in-game timer that ends in a loss if it reaches zero. However, the further the survivor team progresses in solving puzzles and making it to the next room, the more time they’re given to finish the level.

At the same time, another human opponent, nicknamed the ‘Mastermind’, serves as the map’s antagonist in a similar fashion to the game Dead by Daylight. Though instead of controlling just one menacing monstrosity, the mastermind can selectively control the map’s zombies, as well utilize the area’s traps such as gun turrets. Their goal is to stop the survivors at any cost. 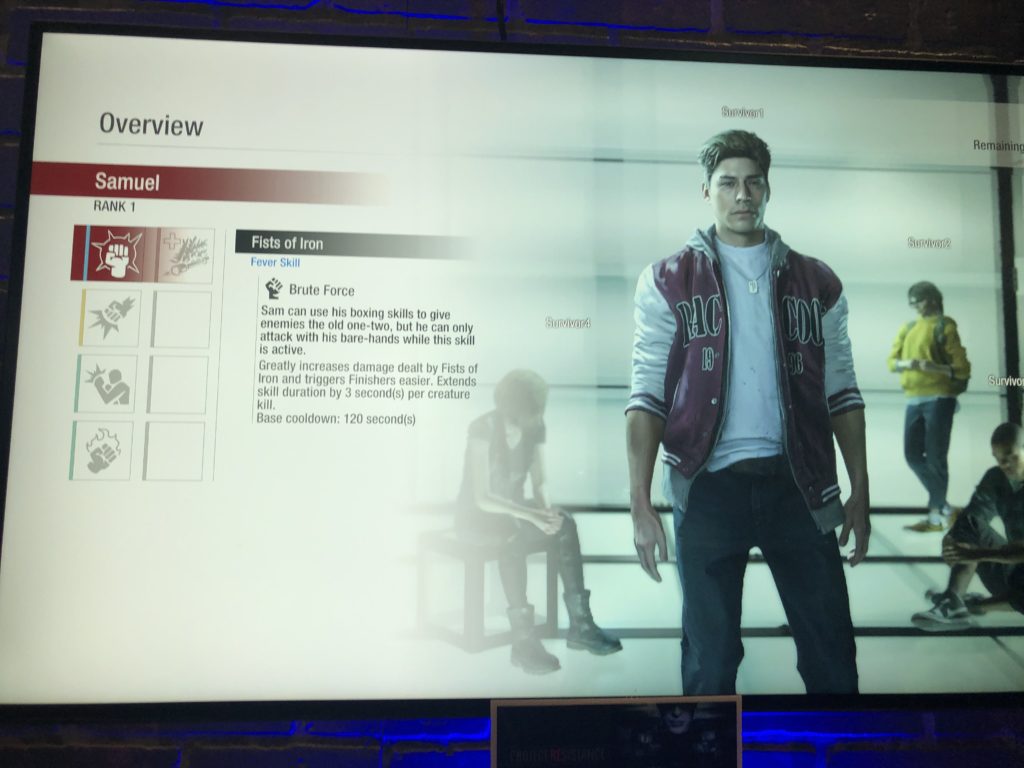 I got to play as the melee character, and though the learning curve was simple for a Resident Evil veteran such as myself, the controls felt a little stiff.

Surprisingly, there was no running throughout the map and the melee felt a tad clunky and aimless. Likewise, though item management is a key aspect of cooperative play, I had no idea how to coordinate or even exchange items as the controls didn’t seem forward. You can, however, find credits throughout the map to purchase items for yourself at supply stations. These stations hold weapons, ammo, and herbs usable by your player. All of which is important, because of one big surprise that I hadn’t anticipated: melee weapons break with usage over time.

My second playthrough I bought a backup bat after my first wooden stick had broken and I was left with just my fists, so it’s good to buy back up weapons regardless of your role.

Overall, Project Resistance worth checking out when you’re at NYCC this weekend. There were promising elements and very cool cameo zombies such as Mr. X, Lickers, and Zombie Dogs. Though if you can finagle it, try playing as ‘The Mastermind’ as it seems like the more interesting role.