MoviesMovie Reviews
October 4, 2014
By: Will Fan 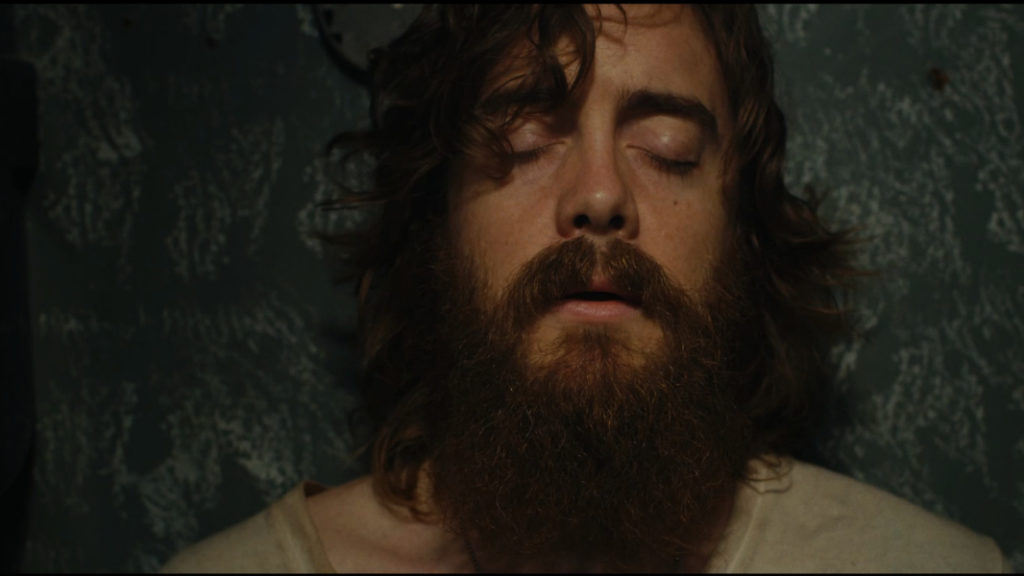 Blue Ruin presents itself as a sobering refutation of the classic revenge tale often romanticized in popular cinema. Macon Blair stars as Dwight Evans, a timid hermit who lives in his car and survives by breaking into houses and scavenging trash. Lacking any of the steely resolve or ruthless determination of countless action movie heroes, he is instead a paranoid and broken man–not struggling to survive so much as avoiding a world filled with the people who hurt him.

It isn’t until Evans receives news of a man named Wade Cleland’s release from prison that the audience is even aware of his motivations. As he packs up his car with a renewed but unsteady conviction, we soon learn that he’s seeking vengeance upon the man who murdered his parents. Unfortunately, Dwight Evans is a far cry from the Bride from Kill Bill.  The film follows the familiar beats of a revenge tale, but with the protagonist stumbling every step of the way. Evans seems barely capable of keeping up with every new wrinkle in his plan.

As the title suggests, the obsessive quest for vengeance leaves nothing but ruin in its wake. In this way, Blue Ruin shares more in common with classic revenge tragedies such as Hamlet than our modern wish fulfillment revenge films. Dwight’s inexperience and ineptitude is the film’s greatest source of suspense and sympathy; Blair convincingly portrays the determination and the uncertainty constantly at war within Evans, and writer-director Jeremy Saulnier strikes a careful balance the meditative calm and panicked dread that define the film. The result is a lean, suspenseful revenge tale that reminds us what it means to be truly consumed by vengeance.