In Beyond The Limit’s penultimate issue, we learn the harrowing truth about Qarin origins as we pop this Bollywood Bubble.

Ms. Marvel Beyond The Limit has been a fun Kamala Khan story with a little bit of everything. Since its humble beginnings in issue one, fans have gotten a hint of multiverse Kamala, science background stories meant to empower young women, and a whole lot of yummy foodie references. Basically, everything you’d expect out of a Ms. Marvel story.

Everything seemed like it was coming together in Beyond The Limit issue #3, as fans got to remember Kamala’s journey over the years. From controlling her early transformation powers to Kamala’s multifaceted backstories as a space hero, it was refreshing to recall all of it through the eyes of this brand new character, Qarin. At least, until last week’s cliffhanger that changed everything.

Beyond The Limit Issue #4 deals with the immediate aftermath. It features some of the most enigmatic action sequences drawn by Genolet and Farrell and there’s a lot of movement that flows naturally on the page. Atop of this, there’s also a pretty action-packed cameo from Nadia Van Dyne–A.K.A. The Unstoppable Wasp. 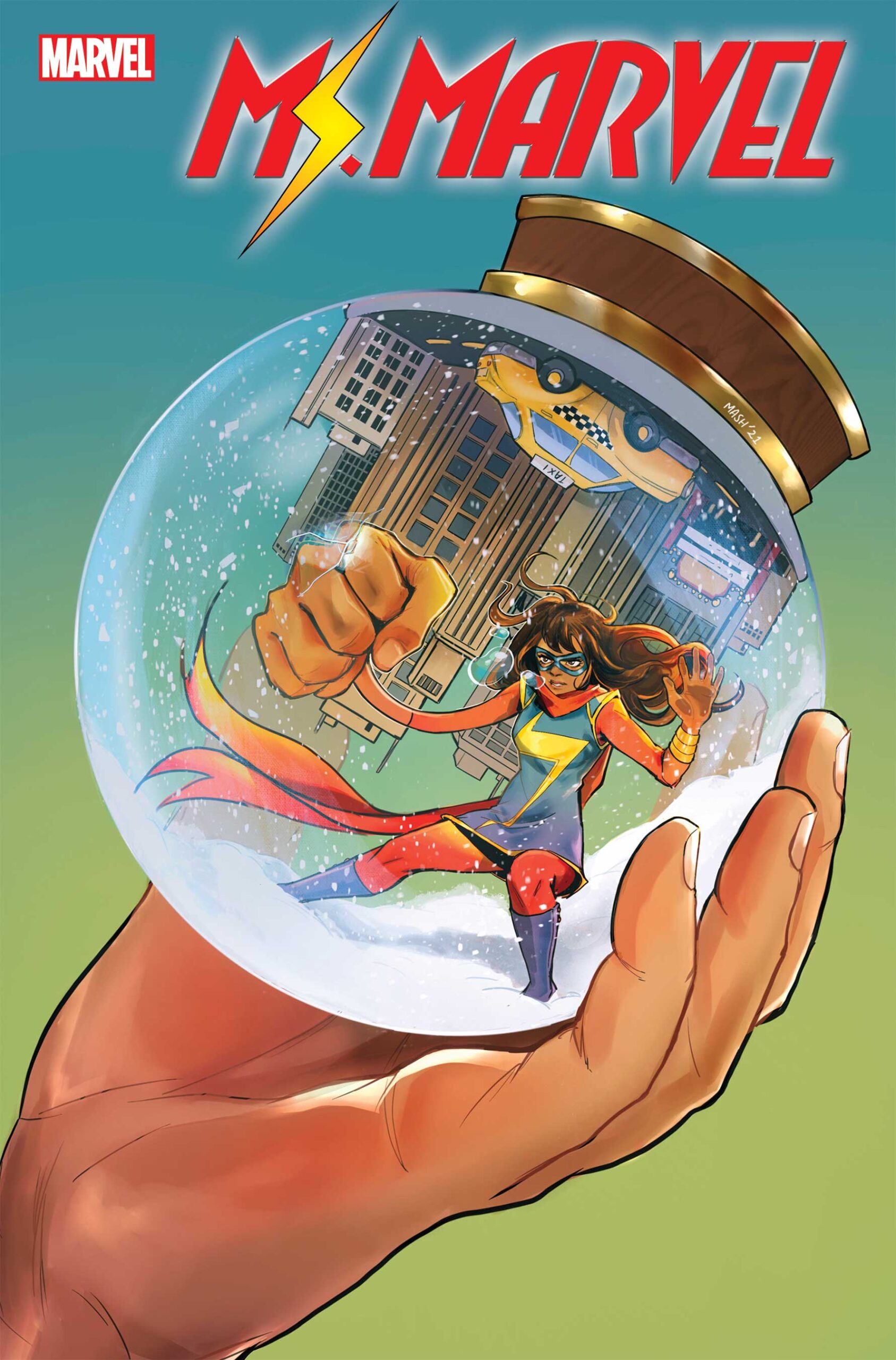 If you’ve been curious all along as to where this run has been going, then you will most definitely like this issue, as this is the one that ties it all together. Issue #4 explains Kamala’s tingles, the strange Bollywood Loki bubble, and even the numerous multiversal Kamala images seen throughout the run so far.

It’s a story about loss, familiarity, and friendship. One where we learn about Qarin’s life, which more or less, has been a pretty sad tragedy. We learn via a flashback, the accidental circumstances that surround this new character’s life. One, where the conflict makes Qarin all too relatable, as her journey is revealed to be strangely reminiscent of Kamala’s.

Whereas Kamala Khan’s reverence to Carol Danvers’ Ms. Marvel played heavily into her origins, in an ironically twisted and tragic way, the same could be said about Qarin’s in her love and respect to her Universe’s Kamala Khans’. It’s all oddly reminiscent of the multiverse material happening in Marvel right now, but also, in Spider-Man: No Way Home–in that you really start to feel for this villain and hope for a way this can peacefully resolve itself.

Where it goes and how it resolves can only be determined in next month’s final issue. Suffice to say, this definitely hits home as one of the more enjoyable Kamala stories.