Sequels in long-standing franchises rarely add anything new and are all too content with taking an “if it ain’t broke don’t fix it” attitude. This line of thinking is especially true in the fighting game genre, where developers will add a few new characters, slap an adjective to the title and call it a day. NetherRealm Studios breaks this trend by adding a host of new characters, reimaging existing ones, and introducing new mechanics in Mortal Kombat X. The result is an excellent fighting game that feels both familiar and refreshing.

Mortal Kombat X is one of the rare fighting games to include an actual, fleshed out single player campaign. Picking up several years after the events of Mortal Kombat 9, the forces of Earth Realm find themselves in a war against the fallen god Shinnok. With the safety of all the Realms in jeopardy, the thunder-god Raiden imprisons Shinnok in a magical amulet and the day is saved. Fast forward twenty years, and we find our aged heroes teamed up with new blood, fighting the forces that would seek to free Shinnok and bring chaos to the Realms. 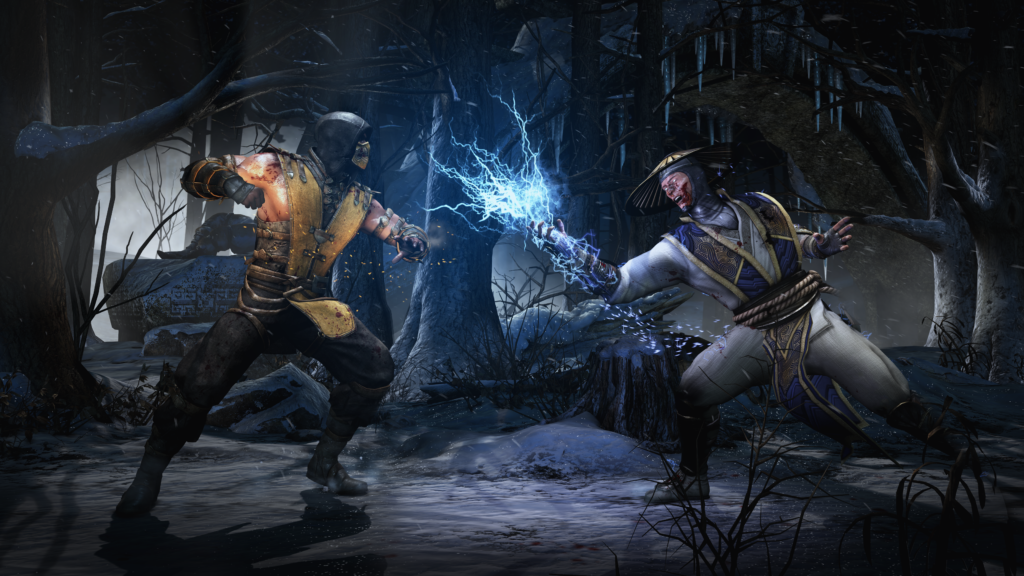 Look, I know what I just wrote and I know how silly the whole thing is. And yes, the narrative itself is all over the place and can be confusing (at least in the beginning) but it does a fantastic job of fleshing out the characters and actually caring about what happens next. Bringing in new characters who are related to existing ones is a stroke of genius. I instantly felt a connection with Cassie Cage because I had spent years doing splits and punching people in the crotch as her father Johnny. Even the additions with no ties to the franchise are welcome, as they bring interesting character design and move sets. There are no re-skins and tweaked move sets here but instead new invigorating ideas.

The roster itself is Mortal Kombat X’s strongest asset. The vast count of 24 fighters alone is impressive but NetherRealm Studios cranks it up a notch with the inclusion of three “variations” for each characters. “Variations” are different distinct moves sets for each character. For example, premiering gunslinger, Erron Black, has a “marksman variation” that results in long-range abilities with a rifle and an “outlaw variant” where he uses blades to inflict pain. These “variations” promise that players will constantly be discovering new play styles and should have no trouble finding a favorite character to play as.

I’m also happy to report that once you find that character, playing as that character will look and sound great. Upgraded visuals is no surprise considering this is the first game in the franchise on new generation  hardware, but the real beauty comes in the details. Each fighter is visually interesting and the background of each stage feels alive even as you’re raining down death. Complementing the art style is the superb audio production, which sells the impact of each blow and allows the breaking of each bone to feel real. Often times the intense gore the franchise is known for would make me cringe not from its photorealism (that helped) but by the *crank* someone’s skull would make on impact with a Scorpion spear. 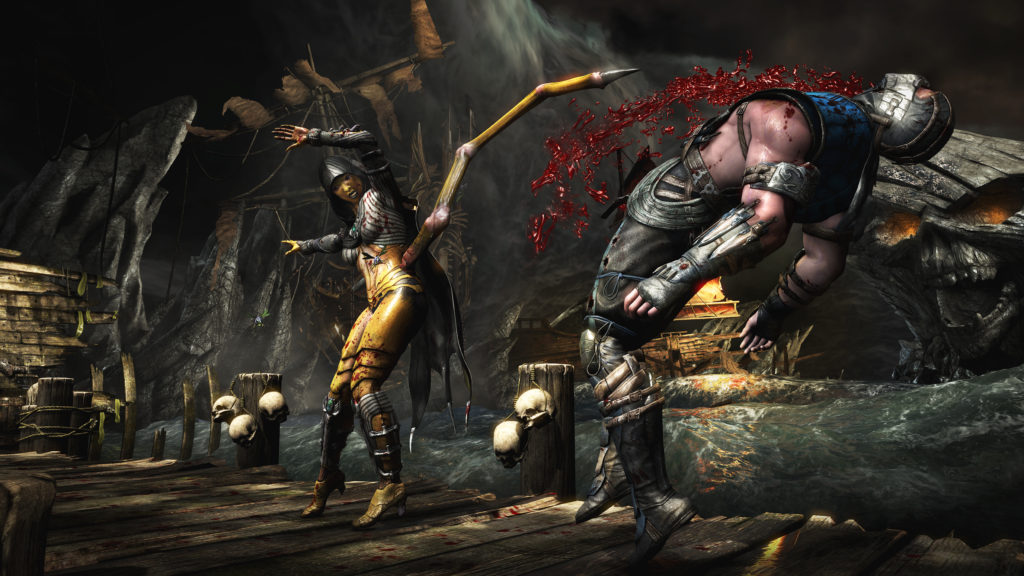 A deep roster, beautiful visuals and superb sound design would mean nothing if the game didn’t also feel great to play. Thankfully, Mortal Kombat X is no slouch in this department either. The game runs smoothly and plays like an improved, polished Mortal Kombat 9, which coming from a huge fan of the previous game is a good thing. It is evident that NetherRealm Studios, has learned what made their last fighting games great and where work needed to be done. The X-Ray mechanic from Mortal Kombat 9 is back, joined by the environment interactions present in Injustice: Gods Among Us. The animations have also been overhauled, resulting in a game that feels more fluid than its predecessor. No longer does a knocked out Sub Zero fall to the ground like a log but instead breaks his teeth on the ground in a more natural motion.

Included in the package is a host of different game modes and plenty to keep any fan busy for a long time. Beyond the story mode, there is the return of challenge towers (in the form of “Living Towers”) and the introduction of Faction Wars. Where the previous challenge tower acted as a static series of challenges, “Living Towers” change the parameters of the challenges on an hourly, daily and weekly basis, encouraging players to constantly return to earn more rewards. Faction Wars sees the players picking between the different factions in the game, where completing in-game challenges across the different modes results in more points for their faction. At the end of each week the faction with the most points globally is the winner and must defend that status. If that wasn’t enough, the Krypt is back with all of its unlockable goodies for you to obsess over.

Playing solo not your style? Mortal Kombat X has you covered, with local and online versus modes both present. The real standout in the online component is King of the Hill, where players join a lobby and the winner of each fight takes on the next challenger. This replication of the real life arcade experience is present in other fighting games as well, but Mortal Kombat X takes it a step further, by letting you train while you are waiting, use emojis to show your enjoyment/displeasure of the match and pay respect to the players after each match (unless you’re a salty hater of course). 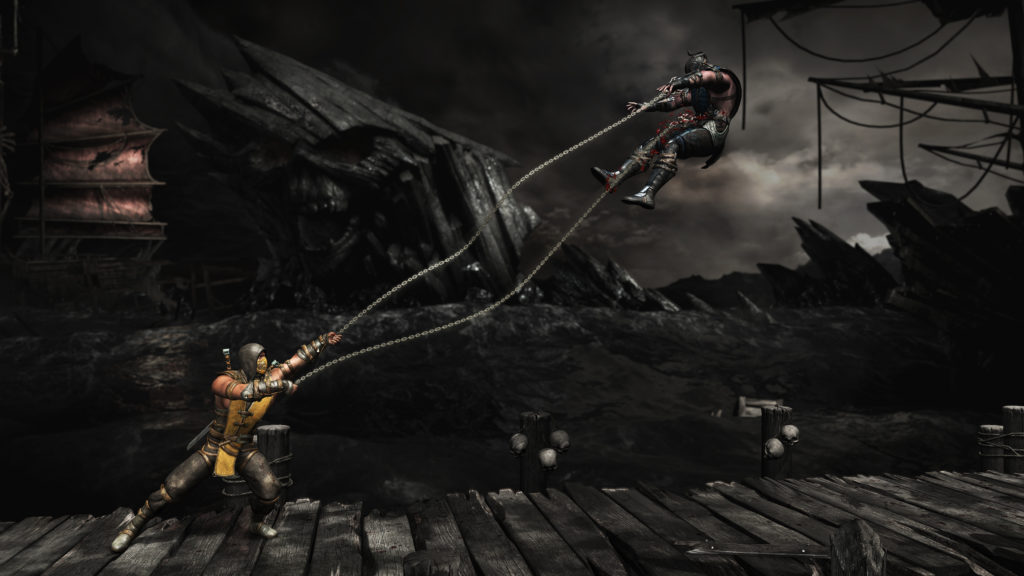 Mortal Kombat X does so many things right that it can be easy to overlook the few things it does wrong. The presence of micro-transactions is borderline overbearing. I should be clear about this, I never once felt like I needed to buy anything extra to play the game but I was constantly reminded that I could. It’s the same feeling I get checking out at a certain retail chain (we’ll call it SameGop), where I appreciate that they have a job to do but they don’t, and shouldn’t, be so aggressive about it.

More troubling than the micro-transactions, is the netcode of the online portion. Finding a match was quick enough but the presence of lag brought the experience down a bit. The connection holds up well enough and any lag that pops up is slight but it results in an experience that doesn’t feel crisp when compared with local versus.

In your face pushing of micro-transactions, an up and down story and the occasional appearance of lag online, hold Mortal Kombat X back from being a near perfect fighting game experience. With that being said, it is still a great game and one I can recommend whole heartedly to longtime fans and newcomers alike. If you’re on the fence I recommend you “get over here” (I’m sorry…that I’m not sorry) and pick this one up!

Mortal Kombat X is available on PS4, Xbox One and PC.

Previous article
‘Avengers: Age of Ultron’ Primer: Hulk
Next article
Dancing With the Stars Review: Len’s a Cup of Tea and Robert’s a Frisky Pony