No, what are you…? You can’t not…we’re gonna…look, we cannot “SKIP HIM”. You gotta read each primer!

Of the first two phases of the Marvel Cinematic Universe, How many movies has he been in again?

And that’s INCLUDING two Avengers flicks. Thor and Cappy each had two and they each have a third on the way to match Iron Man’s total. I mean, they had room in the second marvel movie phase and Hulk was so boring, they actually risked making a film based on the obscure Guardians of the Galaxy so they could avoid Hulk 2.

Well, I’m not sure that’s accurate, but–. 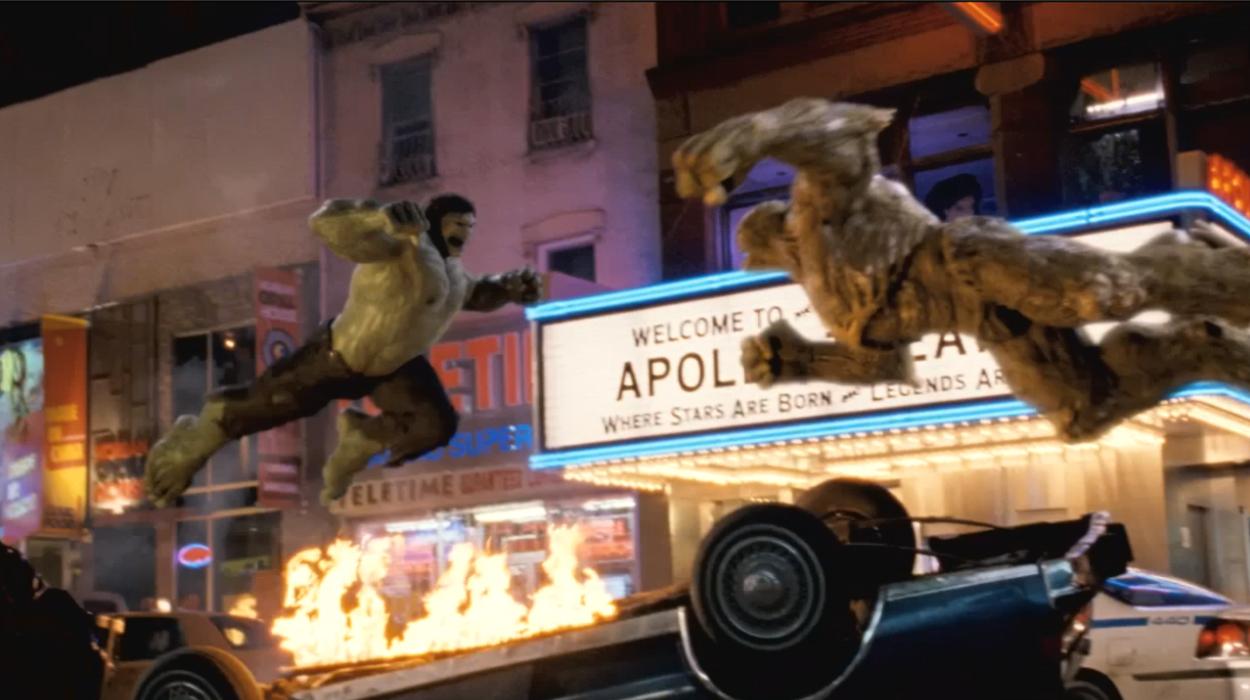 Look, we all get it. Banner was injected with a modified version of the Super-soldier serum and became an unstoppable beast who, eventually, saved harlem — which he inexplicably got blamed for. The only thing that was remotely exciting about hulk’s metamorphosis was when he somehow became Mark Ruffalo.

And you ready for Phase 2’s exciting hulk action? He listens to tony stark talk and falls asleep — just like the audience does during hulk’s movies. What else could you do with the character? I mean, even joss is all like, “welp, hulk is gonna rip stuff to shreds again…let’s make him fight iron man to keep him interesting!”

You want interesting? Bruce Banner is actually a brilliant scientist on the same line as Tony Stark. Even Phil Coulson compared him to Stephen Hawking at one point. Plus, without Tetrodotoxine B, an anti-stress serum that Banner developed to keep his heart rate down, Nick Fury probably wouldn’t be alive after HYDRA attacked and nearly killed him. Also, without the Gamma Power Reserve, S.H.I.E.L.D. probably would have succumbed to Blackout.

Well, yeah, but those are relatively minor achieve–.

He also built an indestructible log cabin to help members of S.H.I.E.L.D….

And he also helped the sick in third world countries–.

Oh, jeez, with the sentimental cra–.

…and he’s probably nailing Black Widow by the beginning of the next Avengers movie, so suck it.

Yeah, that’s what I thought. So, anything else?

Where does he stand in–?

“Age of Ultron?” Oh, NOW you’re interested. Well, you already pointed this out, but I’ve got a clip to illustrate the fight. Banner’s his usual, angry self — but, enter: THE SCARLET WITCH! At some point, during a huge battle, she takes over the mind of Banner, transforming him into the Hulk and forcing him to turn on his own team. Of course, Tony Stark was waiting for a moment like this and has a Super Duper Mega-Friggin’ Iron Man suit dubbed “The Hulkbuster” and, dammit, if the two don’t throw down in the middle of a crowded city.

What’s next for hulk?

Nobody honestly knows. There’s nothing in the cards for Phase 3 — but, rumor has it that The Avengers will jettison him into space at the end of this Avengers film — which might lead to Planet Hulk and World War Hulk with any luck — but, probably not in the near future. There’s nothing with Hulk’s name on it scheduled for the next three years.

WANT MORE THAN MOVIES TO SATE YOUR HULK NEEDS? CHECK OUT THESE COMICS:

Hulk: The End (One of the best Hulk books ever written, though bittersweet and somewhat depressing.)

or just watch this because this NEVER gets old:

and then, as you click away…i leave you with the classic “Lonely Man” Theme…

Previous article
AGENTS OF SHIELD Recap: “The Frenemy of my Enemy”
Next article
‘Mortal Kombat X’ Review: The Next Generation