More Borderlands Is On The Way

The Borderlands series has been a smash hit for developer Gearbox. I’ve spent hundreds of hours over the years roaming the landscape of Pandora and it’s moon, collecting loot, taking down hilariously named enemies, and laughing the entire way. Who wouldn’t be excited for a new entry in the series?

In an interview with website IGN at Develop: Brighton, Randy Pitchford said that he is “almost certain” more Borderlands goodness is on the way, yet he is unsure what form it will take. Borderlands 1, 2, and the Presequel were released on the past generation of consoles, plus Borderlands 2 and the Presequel have been released on current generation consoles through the Handsome Collection. Do not forget that we are also midseason in Tales of the Borderlands from Telltale Games (which I highly recommend). I can’t wait to see where that story will take us in the near future. 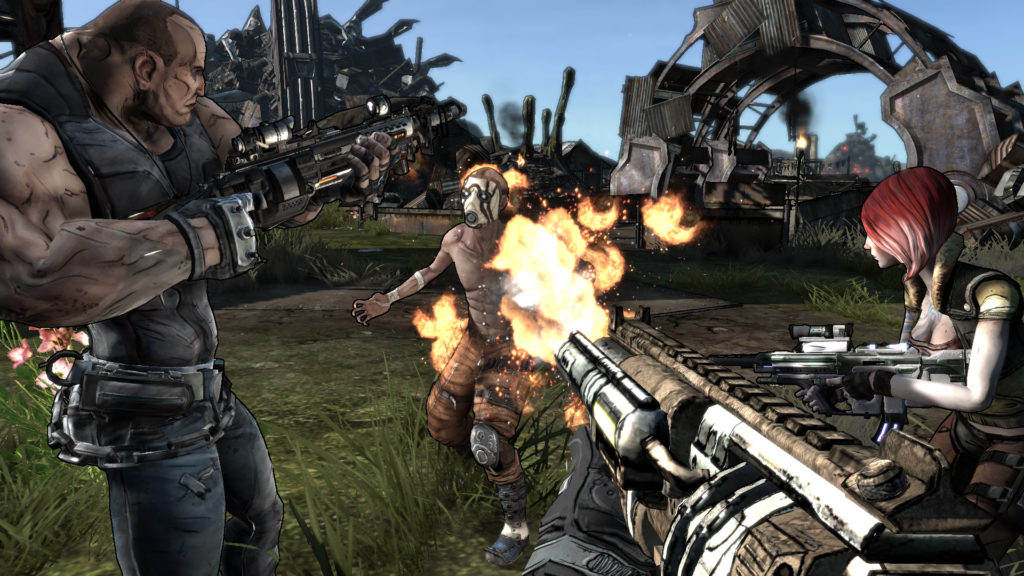 Looking into the distant future, the fans want to know how soon we will see Borderlands 3. Pitchford had this to say: “It depends on how you define soon. There’ll almost certainly be more Borderlands, but we need to figure out what that is. I don’t even know if it’s Borderlands 3, but yeah. There are people working on Borderlands things for the future at Gearbox but we haven’t announced anything yet.”

Pitchford understands what the fans want when he jokes: “And why would it be called Borderlands 3? What if it’s Borderlands 4 – there’s already been three Borderlands games. What if it’s Borderlands 5? What we call it and what it is are things we care about and we’re engaged about but it would be irresponsible to share anything at this stage, because almost certainly anything we’re thinking now is going to change between now and when we commit ourselves”.

A new Borderlands will definitely be worth the wait! Are you excited for the possibilities of a new game in the Borderlands franchise? Let us know in the comments down below!