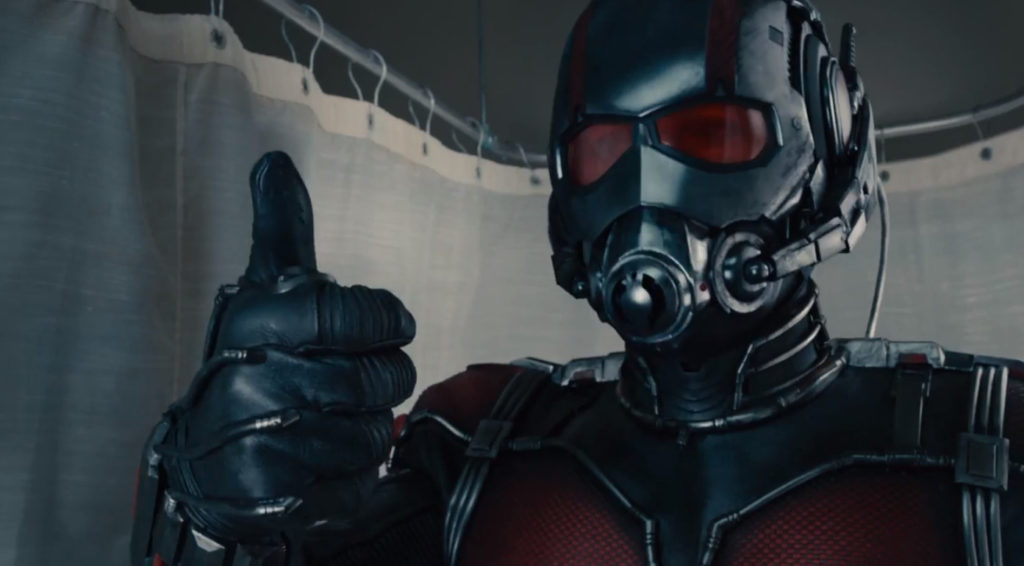 Earlier this year, the fine folks behind the Marvel Cinematic Universe treated us to a huge spectacle featuring nearly a dozen superheros taking on a maniacal robot who sought to wipe out human life by picking up a city and dropping it back down to Earth with a thud. But where could they go next after so much…..bigness? The answer to that is: Smaller.

In a somewhat surprising turn of events, the closing episode to Phase Two of Marvel’s ever-expanding cinematic universe is Ant-Man, a film that not only introduces a brand new hero into the mix but also dials things back considerably on the epic scale. And refreshingly, this isn’t such a bad thing. 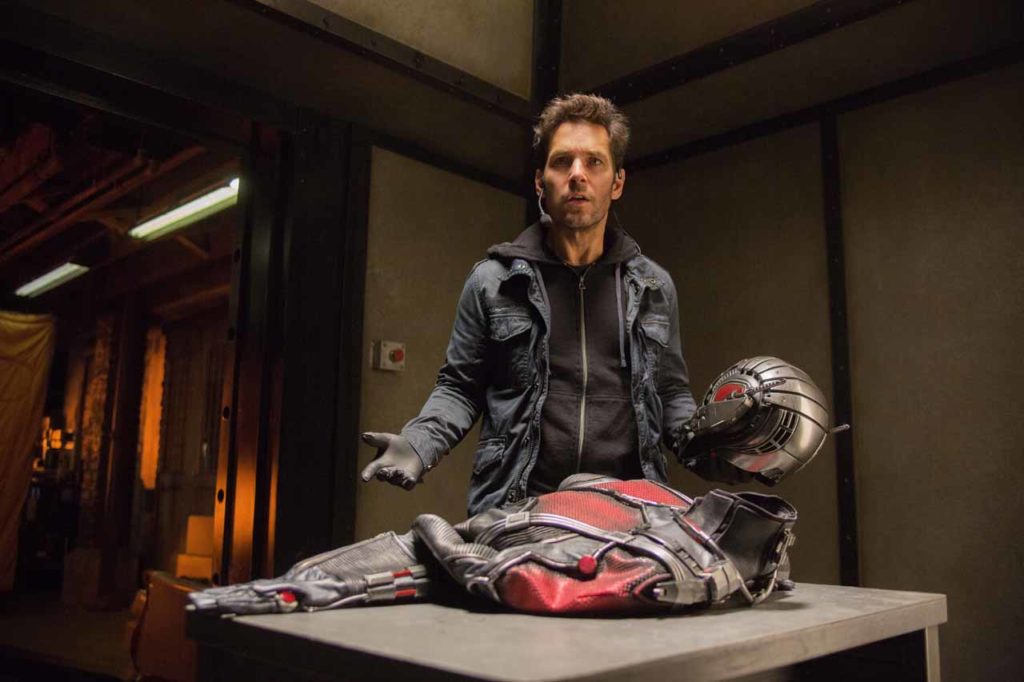 “So who is this Ant-Man?” is a question many non-comic reading fans might be asking in the lead-up to the film’s release and they’ll either be pleased or even more confused to know that there are actually two of them! Ant-Man opens in the year 1989 where we learn that a man named Hank Pym (Michael Douglas) used to collaborate with some familiar faces who founded S.H.I.E.L.D (cameo alert!) with his technologically advanced suit that allowed him to shrink and become 200 times stronger than a normal man. Together with his wife, Janet, who used a similar suit, the couple fought the agents of Hydra until a mission gone wrong took Janet away from him. As the years went on Pym found himself under pressure to share his technology but instead vowed to lock it away forever and let it simply wash away as myth.

Flash forward to today when a scientific protege of Pym, 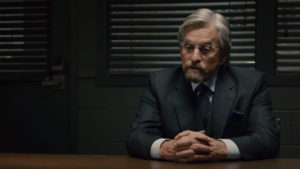 Darren Cross (Corey Stoll), is close to unlocking the technology of the suit with plans of selling it to the highest bidder. Knowing how dangerous that could be, Pym and his daughter, Hope (Evangeline Lilly), plot to break in and destroy Cross’s technology by using the original Ant-Man suit, but Pym is now too old to for the gig and doesn’t want to risk losing his daughter in the way he lost his wife so they need a hero…

As an ex-con and master cat burglar with a heart of gold, Pym deems Lang as the perfect man to don the Ant-Man suit and help them carry out their big heist. And although Lang initially prefers to continue trying to live life on the straight and narrow, Pym is able to convince him to do this heroic thing for his young daughter, Cassie. And how could a down-and-out young father refuse that call to action?

Thus begins Lang’s training as a thief/hero that includes a run-in with one of the new Avengers, some help from his hilarious friends (led by Michael Pena), and a scary, final confrontation with Darren Cross in his Yellowjacket suit.

It is no secret that the making of Ant-Man has been a drawn out and dramatic process thanks to the departure of original director and project mastermind, Edgar Wright who walked away shortly before filming began due to creative differences with the big wigs at Marvel. Wright was quickly replaced by Peyton Reed who is more known for straight comedies like Yes Man and Bring It On rather than action packed superhero flicks.

And even though the script was retooled by Reed and friends, it luckily retains enough of Wright’s humor to give it a little something special when other portions of it get stuck in dull, origin movie tropes that will make you sigh from all of the predictability. When not being quirky and comedic the film plays like Screenwriting 101 when it comes to certain plot points being introduced “innocuously” in the first act even though you know they’re going to pop up again later as major obstacles/plot twists. I’d tell you more about what they are here but trust me – you’ll know what I’m talking about as soon as they’re mentioned on screen.

But the strong ensemble cast handles the uneven script admirably and brings many scenes to life in ways that are probably better than the dialogue deserves. This is especially true of Michael Pena who steals pretty much every scene he is in. In fact, if the cast has a weak point it is actually Rudd in the leading role. It’s not that he’s bad – he just seems a bit uninspired by the whole thing. A lot of this can be credited to the relatively flat character that was written for him, but he hardly shines with the hero wattage that comes from some of his Avenger counterparts. 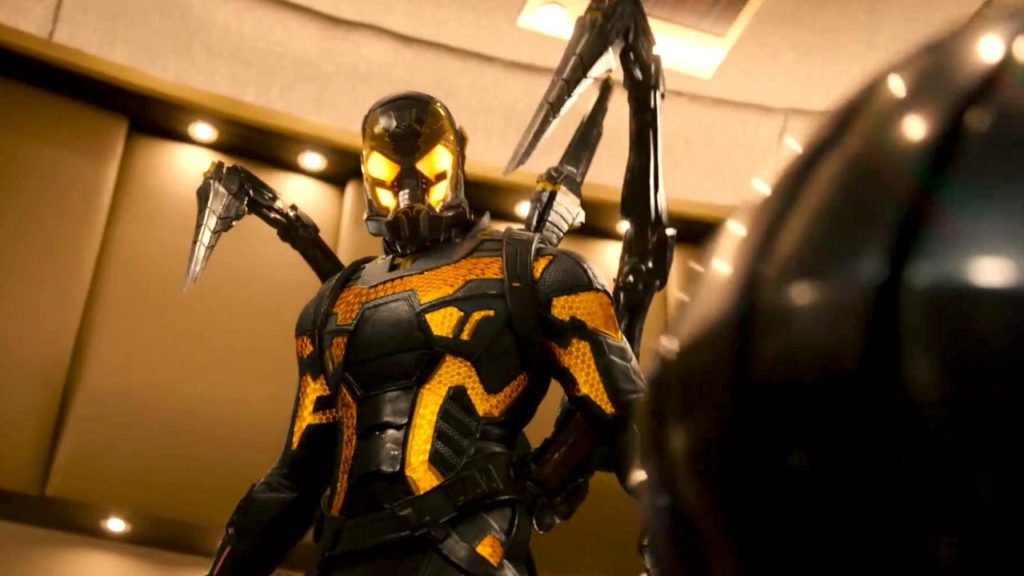 What ultimately makes the film an enjoyable success though are the exceptionally well done shrunken action scenes with their eye-popping special effects. This is where the film is forced to be original and innovative so you know you’re in for a treat every time Lang pushes the button on his suit to go micro and team up with the insects of the world. I giggled with delight seeing him surf through a pipe on a board made of ants and smiled every time he jumped aboard his flying ant named Antony. What more could you possibly want?

These action scenes and the excellent 3D effects that support them are guaranteed to make this a crowd-pleaser and a welcome addition to the Marvel family even when the script sometimes fumbles the set-up. But like all entries into the Marvel Cinematic Universe you’ll want to stick around through the credits for two additional scenes that will make fans squeal with delight at what’s coming down the line next!

Ultimately, one has to wonder what this film had been like if Wright had stayed on board but what made it onto the silver screen without him is a worthy effort that introduces yet another fun character into the Marvel mix. It remains to be seen if Ant-Man really deserves or needs more solo adventures, but with appearances guaranteed in the upcoming Captain America: Civil War and The Avengers: Infinity War Parts 1 and 2, those who take a liking to the incredibly shrinking man will have a lot to look forward to.

@theworkprint
Follow
Previous article
More Borderlands Is On The Way
Next article
Is Nintendo’s Devil’s Third in Trouble?