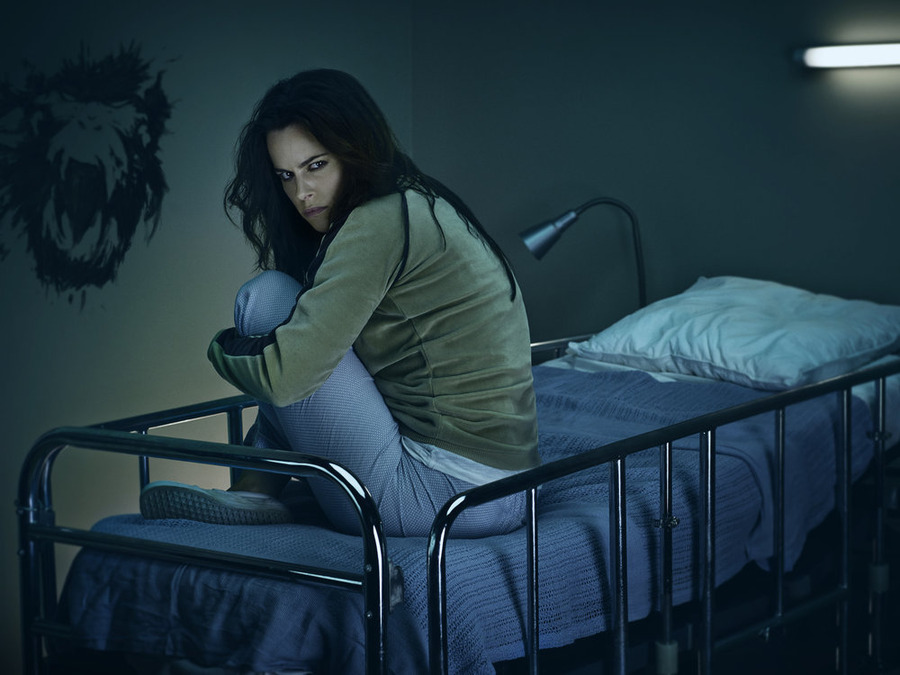 Filming on 12 Monkeys Season 2 is underway and thanks to social media we’ve got behind the scenes sneak peeks to tide us over until the show comes back on air next year.

Last season ended with Cassie (Amanda Schull) being shot and sent to the future for Jones (Barbara Sukowa) to save. Cole (Aaron Stanford) and Ramse (Kirk Acevedo) had an epic falling out in present day, but reunited (somewhat), though Ramse was severely injured. It was also revealed that the “12” were actually twelve babies, who show up at the Splinter facility as hooded commandos in 2043. Aaron (Noah Bean) was left trapped under a storage rack as a factory came burning down around him.

The season also left us with some major questions. Who are the 12 and what do they want with the Splinter machine? Did Aaron survive that fire? Who is the real Witness?

While we’re not going to get any answers anytime soon, I’m just going to keep obsessively checking the cast and crew’s social accounts for any hidden clues:

#12Monkeys Season Two – new major set under construction. “Where do these stairs go?” “They go up.”

She’s back! #12Monkeys Season Two @amandaschull (Cover of Highlights magazine) A photo posted by Terry Matalas (@terrymatalas) on Jul 6, 2015 at 9:49am PDT

It takes a village to make a monkey. #12Monkeys’s amazing production team gearing up for next week’s start of filming.

Are you guys excited for season 2? Comment below and tell us what you are looking forward to the most!

Nicole is the Features Editor for The Workprint. She may or may not be addicted to coffee, audiobooks, and sci-fi.
@niixc
Previous Complete List of 2015 Emmy Nominations
Next More Borderlands Is On The Way