Well folks, I thought last week would be my one and only Moon Knight writeup, but I’m here again. And boy, was Asylum a doozy of an episode to cover. Despite having a shorter runtime than most of the episodes thus far, it packed an emotional punch that walloped me by the end.

The good news is, Marc and Steven aren’t crazy. Or rather, they’re not just imagining all that’s happened to them prior to waking up in the ‘psychiatric facility’. The bad news is, that means they are both very much dead men, and currently taking a trip down an Egyptian afterlife called the Duat. Inside the boat, their human minds cobble together something they can understand, as explained by their helpful hippo guide/goddess, Taweret. Outside, eerie desert, a dark sun and hordes of souls that failed the test Marc and Steven are about to try and pass. 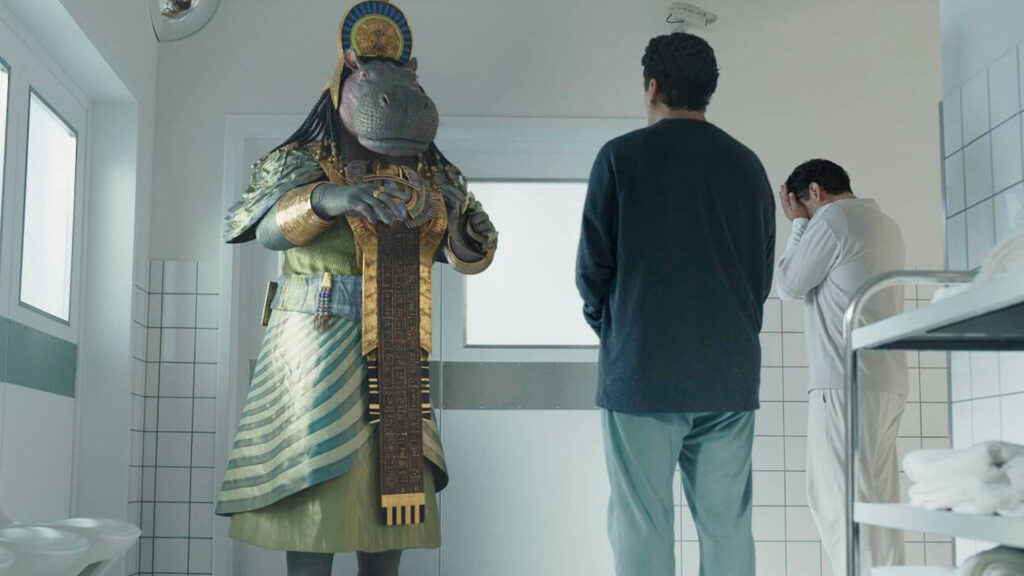 To pass the test posed by Taweret, their hearts must achieve balance on the scales of justice when weighed against a feather. And for obvious reasons, their scales are out of whack. So their only choice is to face some painful memories together in the hopes it might balance the scales. That would mean they land someplace pleasant called the Field of Reeds. If they’re not balanced, the souls of the Duat will claim them forever in the cold, merciless sands. So, you know, no pressure. 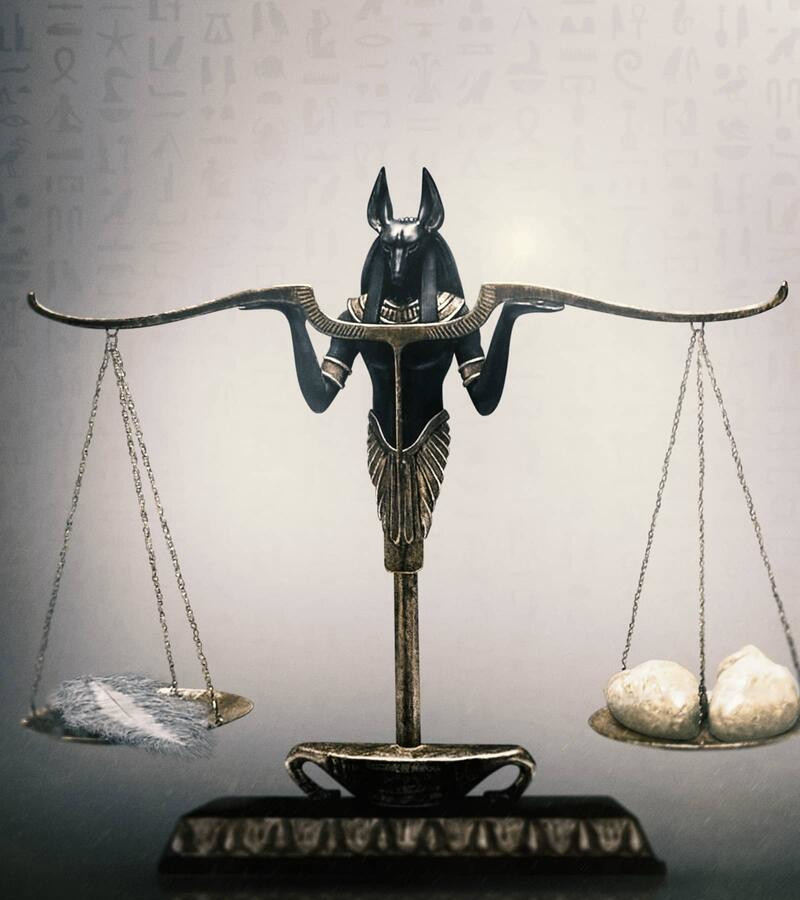 When Marc and Steven aren’t reliving truly painful memories, Marc spends a lot of time jumping around between different realities. He even starts to accept Doctor Harrow’s prognosis about his mental state, at least until faced with the unquestionable reality of the Duat. And it’s clear that Marc is hiding something, not just from himself, but from Steven as well. 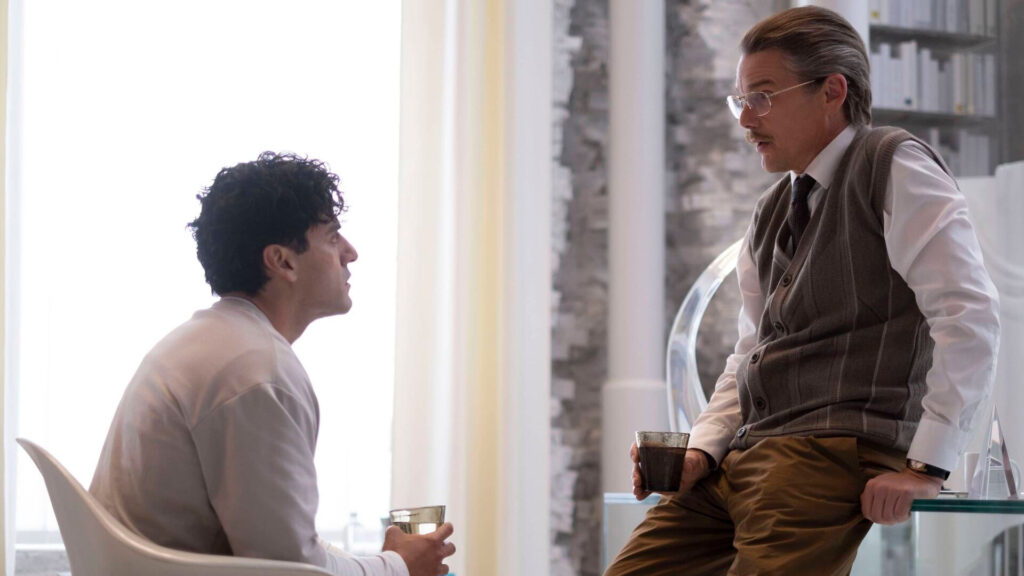 Without going into all the gory details, I will say that Marc blames himself for the death of his younger brother. The direct result of that tragedy is that his mother starts blaming him entirely, and sees him as someone to punish instead of a child she should love. And as her behavior escalates, drinking heavily, screaming and beating his door, even taking a belt to young Marc, he does the only thing a helpless child can. He creates another personality to hide from the horrors of his life. He creates Steven Grant.

Now, while that may make it sound like Steven is some artificial fabrication, I want to stress that he’s very much a fully-fledged personality. Sure, he wasn’t born first, but his emotions are genuine and his experience shapes him. He got to live the good parts of Marc’s life, and Marc kept the pain to himself. There’s even one huge secret about Steven’s experience that he discovers, and it’s utterly shattering. 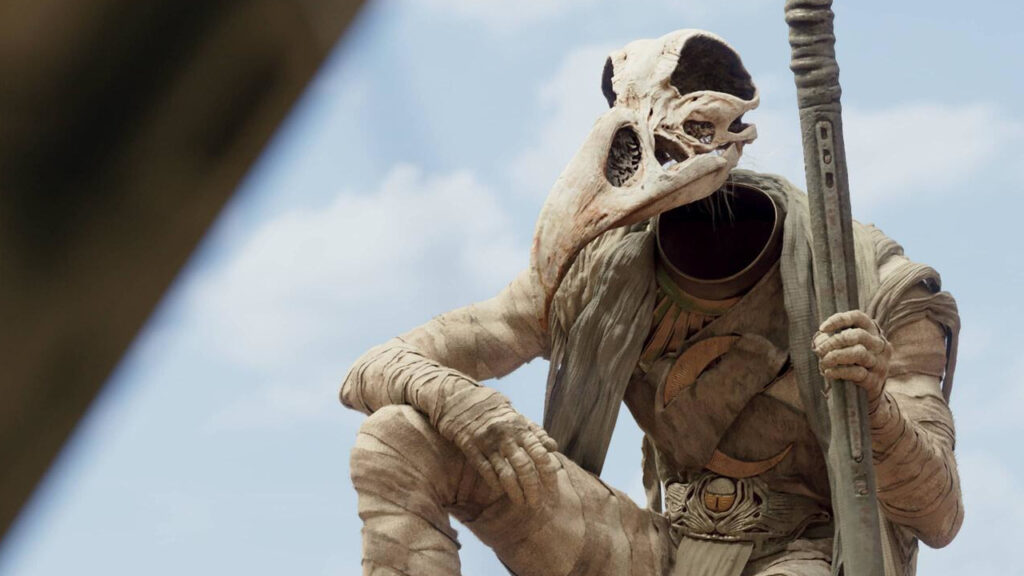 Asylum also makes clear how much guilt Marc is carrying all the time. He’s still haunted by everyone he’s ever killed, and it’s fair to say he probably hates himself. When he found his way to Khonshu’s tomb, he was moments away from ending his own life with a gun before the old bird intervened.

Marc and Steven develop a new understanding in the episode, and both grow from the experience. And though I’m not a longtime reader of the Moon Knight comics, I was also glad this episode stayed true to one of the few things I know about the character – his religion. When Marc’s family is mourning the death of his brother, it’s clear that it’s a Jewish gathering, not any other religion. He’s even wearing the traditional Jewish skull cap later on. And though the episode sort of quickly glossed over those elements, any comic book fan should be happy Disney is trying to stay true to key details of the story. 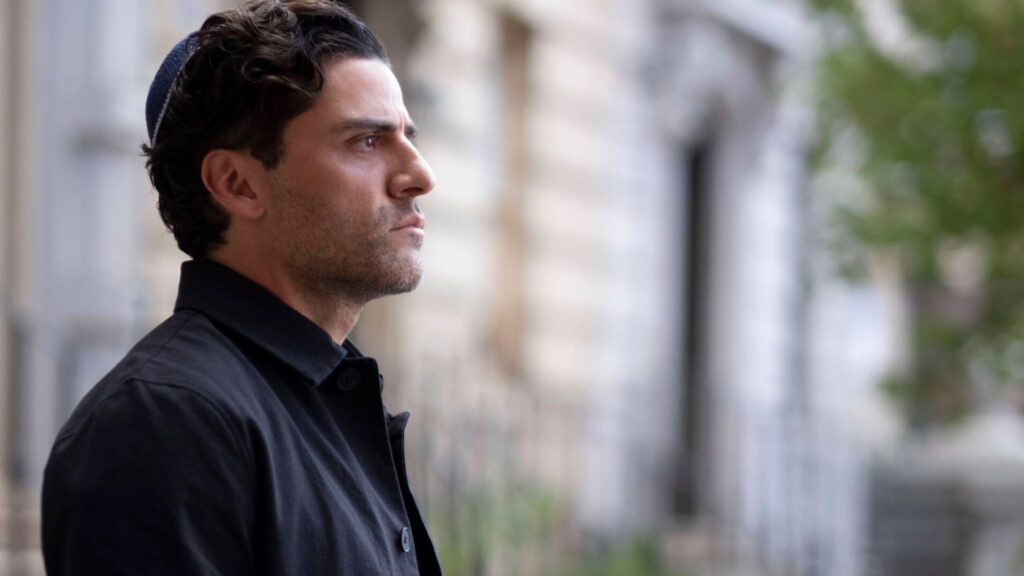 Though there’s not much physical action in Asylum, they do have a dramatic fight scene at the end. Despite their best efforts, Steven and Marc’s scales aren’t balanced, and the souls of the Duat come to claim them. Think walking corpses made out of shifting sand, and you’re on the right track. Though more humanoid than most of the other supernatural foes in Moon Knight, they’re nevertheless eerie and disturbing. Especially since their only goal is to grab the men and drag them overboard to perpetual agony.

Thanks to a desperate sacrifice, the episode ends with the boat heading towards Osiris’ doorway back to the land of the living. Unfortunately, Marc’s the only one getting off. Be sure and tune in to The Workprint next week for our coverage of what’s sure to be a climactic finale of Moon Knight. 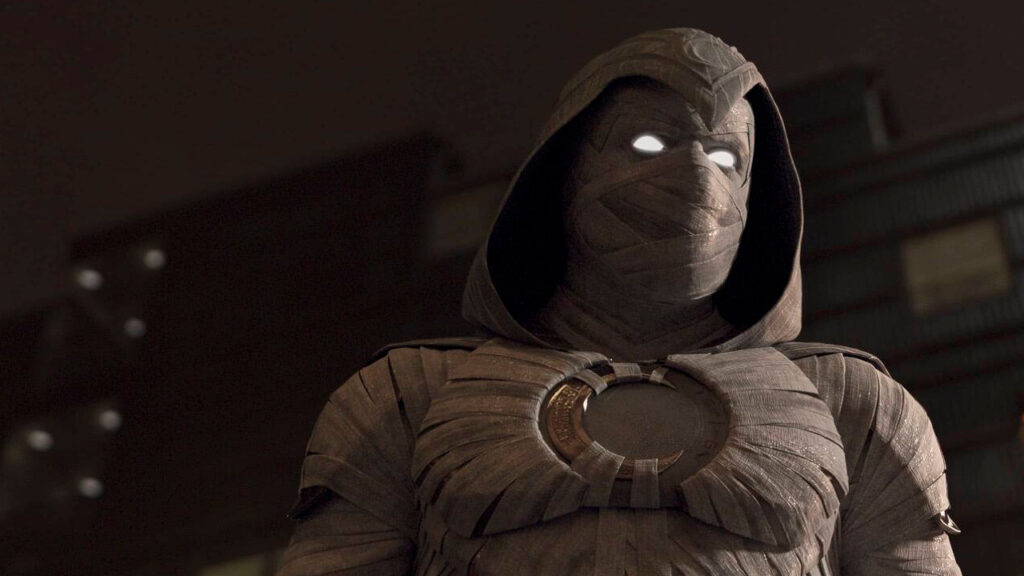