Cellar Door Games is back with the release of Rogue Legacy 2, the follow-up to 2013’s genre-defining roguelike.

Much like its predecessor, Rogue Legacy 2 has players take control of a hero tasked with extinguishing evil within a randomly generated castle. Every time the hero dies, players pick from one of three heroes, each with their own unique traits, from the bloodline of the fallen hero. While the core gameplay loop remains similar to the original, Rogue Legacy 2 expands on the franchise in every way possible.

One of the first things I noticed playing Rogue Legacy 2 was how good the game looked and performed. The action is snappy and responsive which made it almost impossible for me to put down the controller between each run. 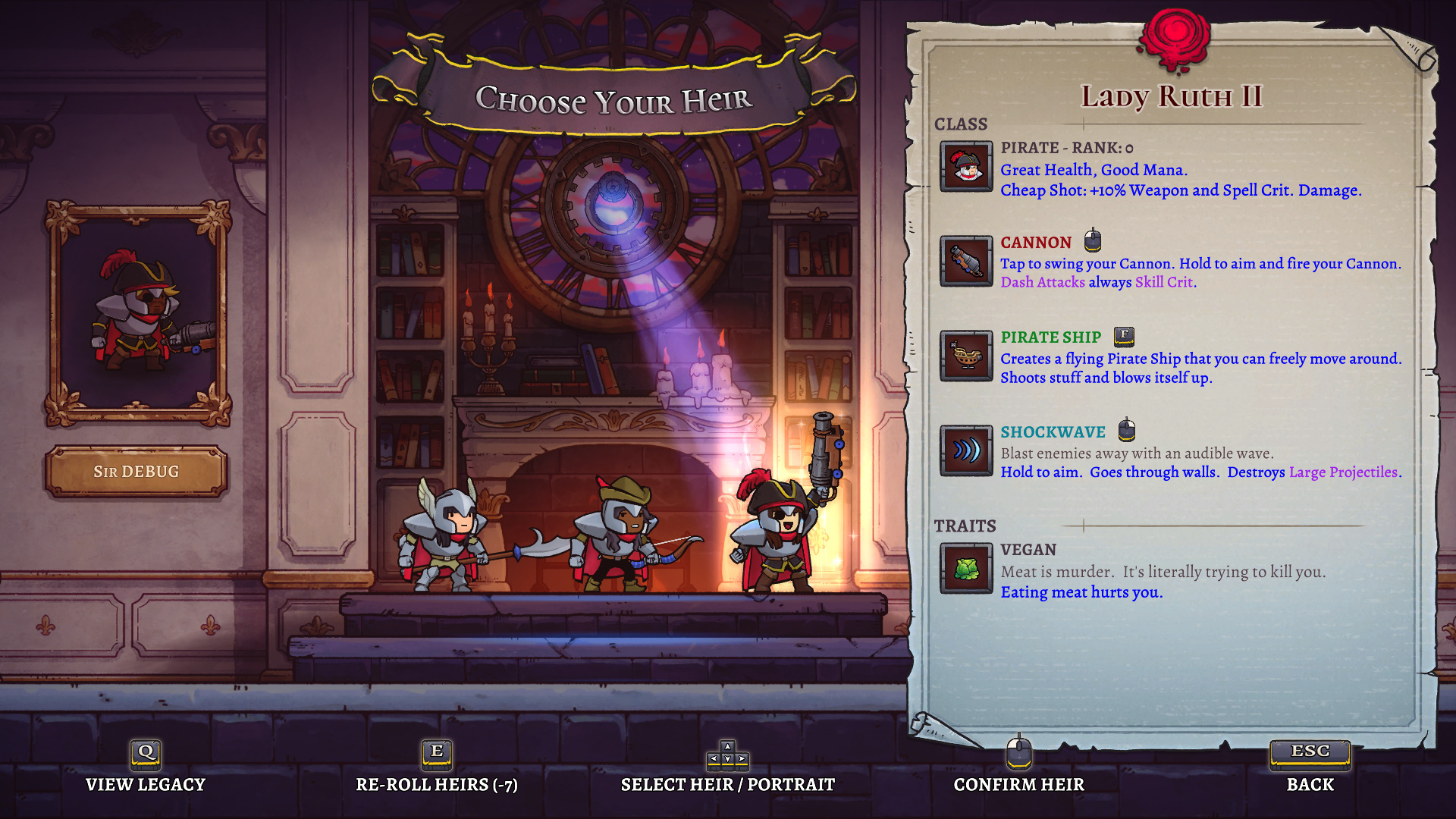 “One more run” became a common mantra as I played late into the night, running through randomized dungeons, defeating enemies, and collecting gold in order to upgrade my hero’s stats at the Manor. Utilizing the Manor I was able to upgrade health, armor, and mana and unlock new character classes and vendors. However, with each upgrade, the cost of the subsequent one increases, and trust me, it gets costly pretty fast!

Vendors like the Blacksmith will allow you to upgrade your gear while the Architect would let you lock the dungeon from your previous run, for a cost, allowing you to continue your progress through a dungeon you just ran.

As I made my way through each run of the castle, I started to come across heirlooms, which serve as permanent upgrades for your character. They include the abilities to dash, read memories, spin kick, double jump, and more. In order to unlock an heirloom, you first have to find them in a biome and then complete the heirloom challenge using the challenge’s respective ability. With each of these unlocks, the ever-changing walls within the castle open up even further allowing me to progress into further biomes. 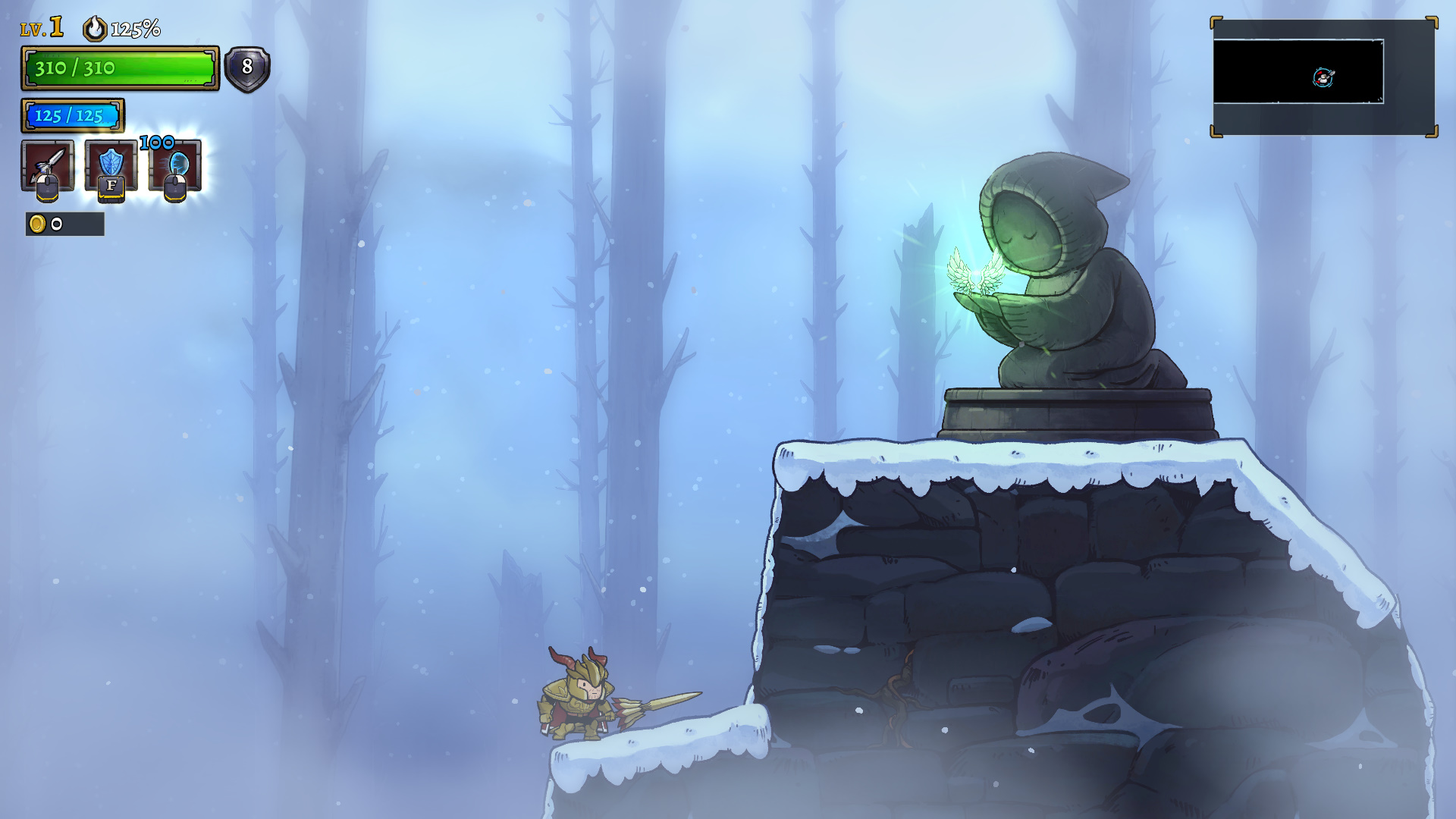 I also came across Relics in my runs but I quickly came to realize picking one up had its pros and cons. Relics are tied to Resolve, a stat that is tied to how heavy your armor is. The lighter your armor, the more Resolve you have. Every relic has a varying cost that drops your total Resolve for the run if you decide to pick it up. If your Resolve drops below 100%, your total max health will be decreased. So when you’re tempted with adding burn to your attacks or being able to revive at 50% health when you die, you’ll have to leverage whether or not it is worth the cost of your maximum HP for that run.

The sense of exploration in Rogue Legacy 2 is outstanding. There seems to be something new around each corner and in each chest every time I sat down with the game. In one of my runs, I encountered a woman who delivered pizza for a store in the second biome. I befriended her and she went on to help unlock teleporters to each of the biomes – for a cost, of course. Everything has a cost. This allowed me to quickly make my way to the biomes. Just this morning, I solved one of the riddles in my quest log which unlocked a 15% damage buff against the boss of the first biome. I really could have used that earlier!

And let’s be clear, upgrading and exploring are essential. Sure making progress is the goal, but Rogue Legacy 2 is a hard game. For some runs, you’ll get super lucky and have amazing traits or artifacts on your hero that will make the run feel amazing. In one particular run, I had a Barbarian start with an artifact that had a 20% chance to turn their critical hits into super critical hits. The Barbarian class happens to crit on all ground attacks. This led to me beat a boss by dealing an absurd amount of damage for an encounter that I was wayyyyy under-leveled for. 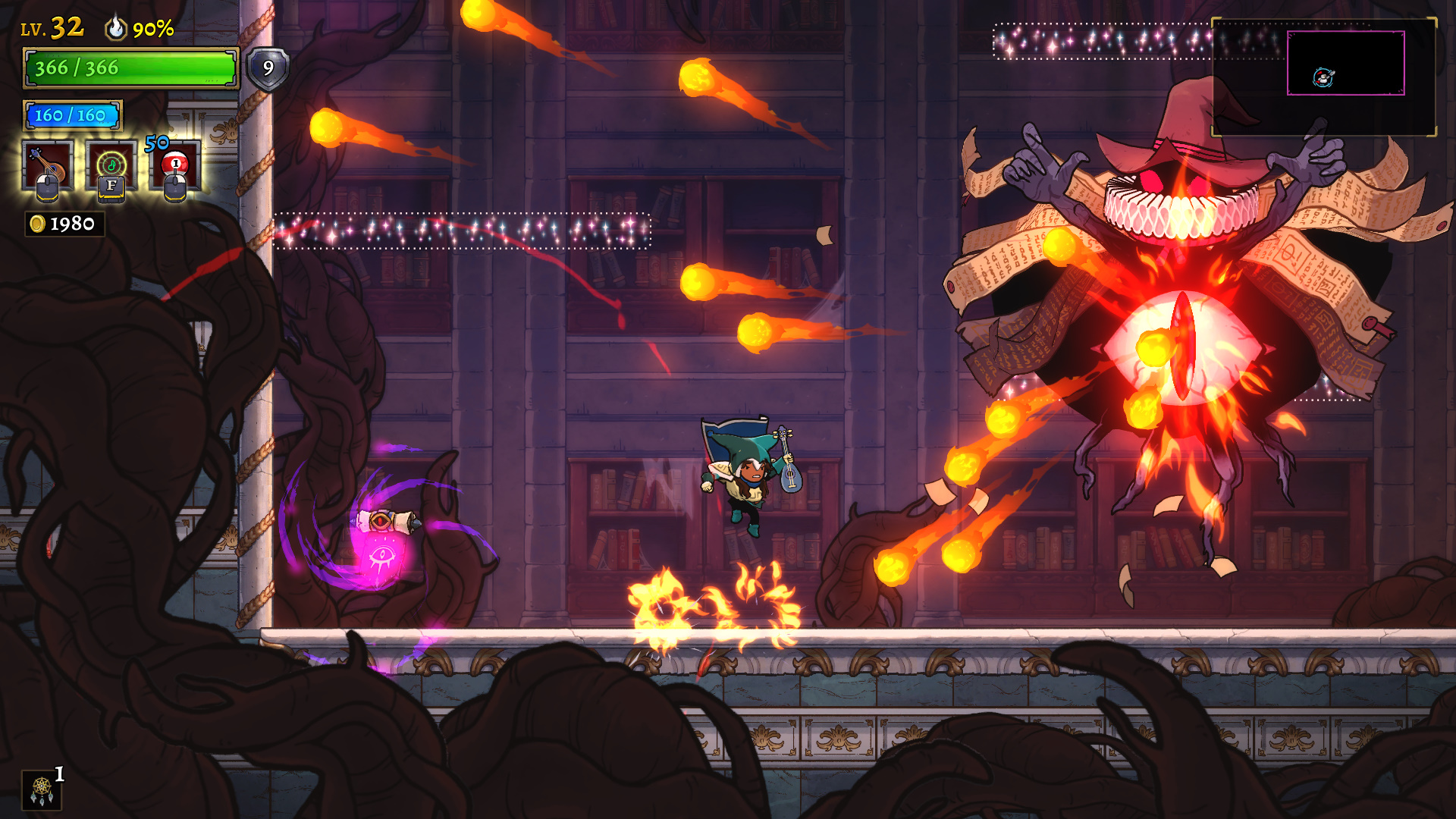 In other runs, I’ve had dungeon layouts or enemies quickly chip away at my health. Some rooms felt like I was playing a shoot-em-up with how many projectiles I was trying to dodge. At one point I grew frustrated with my repeated failure and dug into the menus and found a saving grace – House Rules.

House Rules allows players of Rogue Legacy 2 to balance the game around how they want to play with no penalty at all. By turning on House Rules players can adjust Enemy Health and Enemy Damage from 50% up to 200%. You can enable the ability to fly if you don’t feel like platforming and turn off enemy contact damage as well. The options can be toggled on the fly and it feels great. 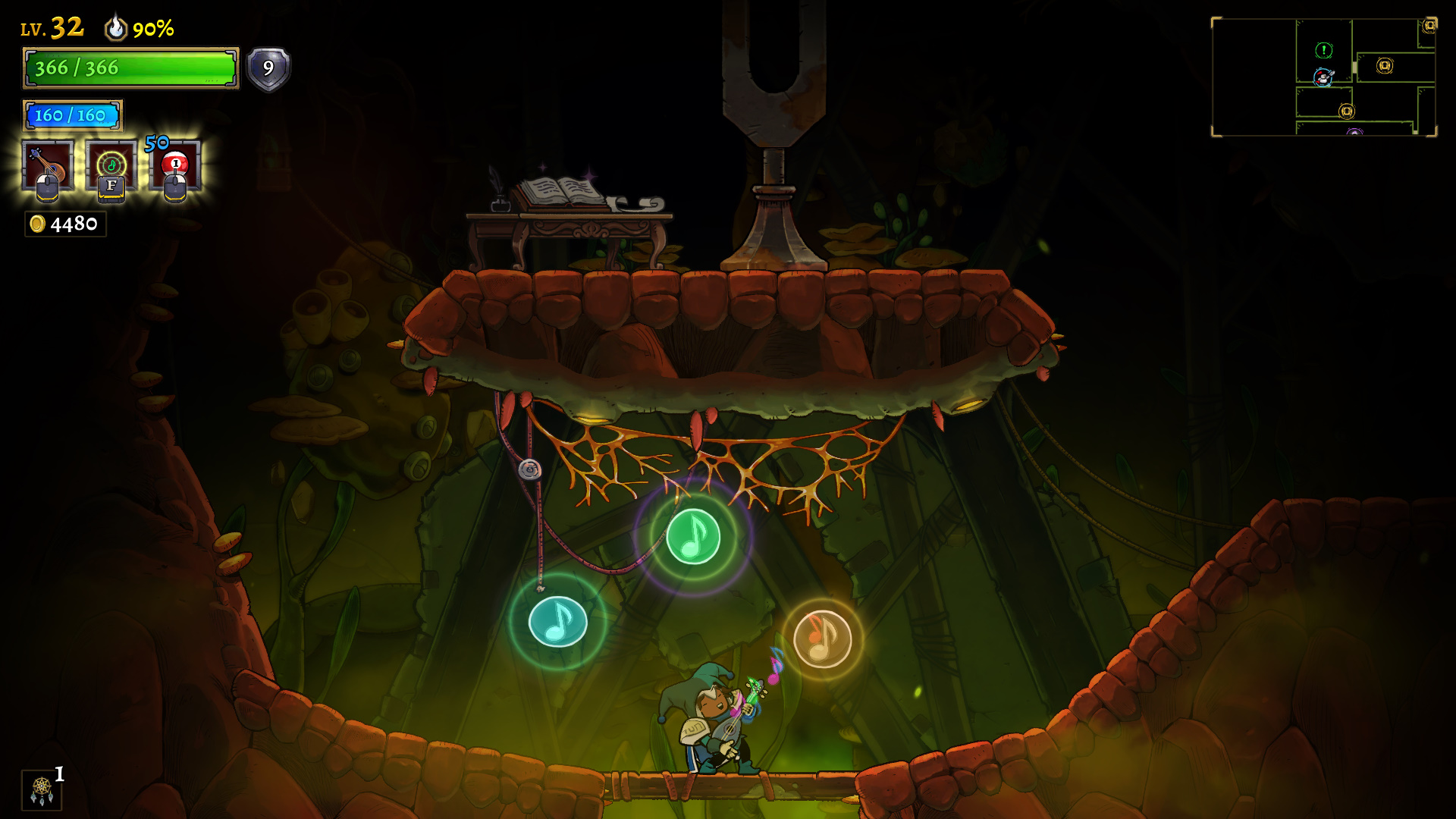 Instead of banging my head against a wall and grinding for gold for upgrades, I was able to change the difficulty to what I was in the mood for. Lowering the difficulty doesn’t make Rogue Legacy 2 a cakewalk. Boss fights still require you to dodge and play smart. Just because the enemy deals less damage to you and has less health doesn’t mean they are pushovers. But it does mean more people can approach a difficult game and balance it to find fun in their own way. One downside though, you may find yourself under-leveled if you blast through a biome too fast by lowering the difficulty. Upgrading and leveling your character is key to progress.

Rogue Legacy 2 is a bigger, better, and bolder and sets the bar higher for the roguelike genre. Even with 20+ hours in the game, there is still more to uncover and even more for me to unlock in New Game+. If you’re a fan of the genre or looking to try a roguelike, Rogue Legacy 2 will have you going “just one more run” late into the night.

An Xbox review copy of Rogue Legacy 2 was shared with The Workprint for review purposes. Our review is based off of time spent playing the game on the Xbox Series X and Series S consoles.