It’s hard to believe but for almost twenty years now Tom Cruise has been running, jumping, punching, and doing all manner of crazy stunts as IMF agent Ethan Hunt in the five films of the MIssion: Impossible series. Now usually, when a franchise reaches the point of three films or more a sort of malaise sets in that results in a noticeable dip in quality, but somehow, someway the Mission: Impossible series seems to only get better with age and the newest entry – Rogue Nation – is no exception.

Following on the heels of the series’ best film yet, Ghost Protocol, Rogue Nation kicks things off with the U.S. Senate disbanding the storied Impossible Mission Force and leaving Ethan Hunt (Cruise) out in the wind just as he comes one step closer to proving that a nefarious organization known as the Syndicate actually exists.

Forced to go into hiding, Hunt continues his rogue investigation into the Syndicate and reunites with his former teammates Benji (Simon Pegg), Luther (Ving Rhames), and Brandt (Jeremy Renner) all the while being stalked by a CIA Director (Alec Baldwin) determined to bring them down. 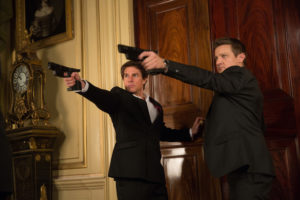 And in this journey to prove the Syndicate’s existence Hunt crosses paths with the ultimate femme fatale in the form of Rebecca Ferguson as the mysterious Ilsa Faust who may or may not be a member of the Syndicate herself.

In typical spy movie fashion the story jumps from country to country as the mission takes them from Vienna to Morocco and Great Britain with everything from opera house assassinations, ultra-secure vault break-ins, car chases, motorcycle chases, and shoot-outs propelling the plot forward at a gangbusters pace that will likely leave you breathless.

And it is in these action scenes that the film really stands out. Say what you will about Tom Cruise’s personal life or character, the man is an absolute machine and one of the most consummate professionals in the film business. He prepares for every role as if it were going to be his crowning achievement and is thus able to do seemingly crazy things like hang onto the side of an actually flying plane or hold his breath underwater for a seemingly impossible amount of time. Unlike most actors we actually get to see Cruise’s face as he pulls off these remarkable feats and it makes the movie so much richer and believable for it. I personally found myself gasping and wincing more than I normally would in similar action films and I think a large part of that stems from the tangible reality of what’s on screen instead of the usual rapidly cut, CGI trickery of most films. 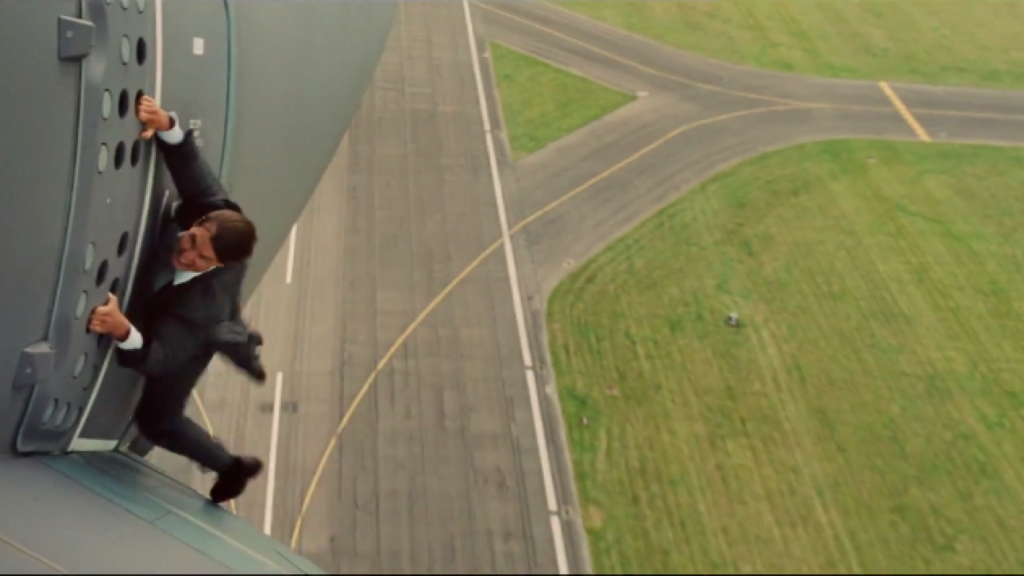 But I think what really helps keep these MIssion Impossible films so fresh is the changing of the guard behind the camera for each film. With a new director helming each subsequent film the series they are able to bring a new perspective and flavor to each film in a genre that is always running dangerously close to falling into pure cliche. This time around its Christopher McQuarrie in the writer/director’s seat after successfully directing Cruise in the pulpy and satisfying Jack Reacher. McQuarrie brings a slightly more serious tone to the series after Brad Bird’s sleek, 60s spy-infused Ghost Protocol, but manages to retain the electric fun that made that film so appealing.

Cruise and company all seem to be having a great time together on screen and it is impressive that the relatively unknown Ferguson is able equally shine as the film’s female lead amidst the film’s star-studded male cast. And perhaps because her character’s name is Ilsa and a portion of the film takes place in Casablanca I couldn’t help but be reminded of the great Ingrid Bergman whenever she appeared on screen. High praise, I know. But she earns it and with luck can go on to have a career even a fraction as memorable as Bergman’s. 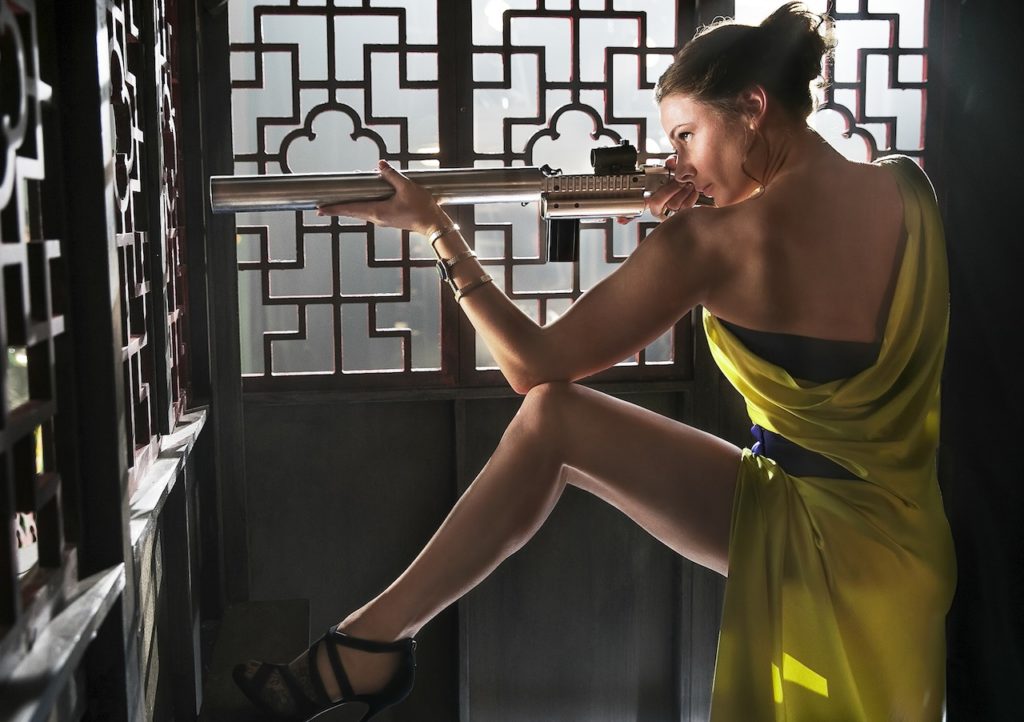 As we near the end of Summer 2015 and look back on its’ slightly underwhelming slate of superhero and dinosaur sequels, Mission: Impossible – Rogue Nation might actually come out on top as the summer’s most satisfying action romp. And although Ethan Hunt will never be as singularly iconic as fellow cinematic spy James Bond, Tom Cruise continues to make him viable as a worthy diversion until 007 is back on the silver screen. And trust me, when the world’s most obsessive Bond fan calls this a worthy substitute, you know they’re doing something right.