Featuring a lineup of both new and established voices amongst comic creators, this special edition one-shot of MARVEL’S VOICES: LEGACY #1 is a sheer celebration of black superheroes. All in honor of Black History Month. This year’s edition features Black Panther, Moon Girl, Spectrum, Blue Marvel, and more! With interviews, essays, and a special featured piece on Monica Rambeau. Below, is a sneak peek as to what’s in stands today, featuring all-new never-before-seen art from numerous creators.

As revealed in Marvel’s press release yesterday, Marvel’s Stormbreaker comic book artist Natacha Bustos makes her official writing debut in Legacy #1’s featured story: Wanna Play? This one-off is a fun adventure piece featuring a sibling playfulness sort of story all set in the marvels of Wakanda. It also stars none other than the Panther family themselves, T’Challa and Shuri.

Meanwhile, Novelist Victor LaValle teams up with artist Karen Darboe for a story starring Moon Girl and Devil Dinosaur called Gross Borough Caper. A sneaky thrilling adventure about Moon Girl sneaking out of the home. If that weren’t enough, screen and podcast writer J. Holtham, whom we at the workprint interviewed about Marvel’s Wastelanders: Hawkeye months back, along with artist Julian Shaw explore the legacy of Sam Wilson, in “Date Night”. A story where Sam is late on a date with Misty Knight featuring some fantastic action sequences.

Finally, writer and artist Maria Fröhlich puts Rūna, the new Valkyrie, to the test in an archeological adventure experience! All for an epic fantasy tale featured in Asgard, that will feature some nifty art and armor. 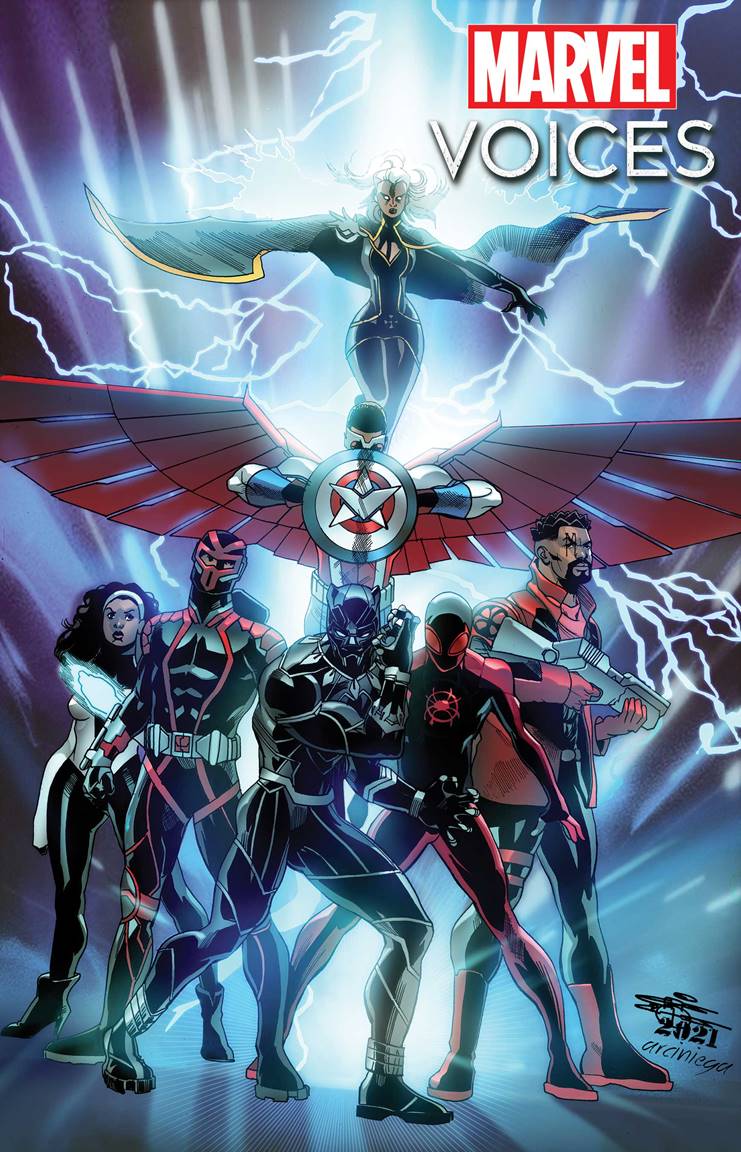 You can check out all of these stories and more in Marvel’s Voices: Legacy #1. In comic books stores right now.