‘The Magicians’ Review: Let’s Do Some Damn Battle Magic

In this week’s episode of The Magicians, the squad (sans Eliot) returns to Brakebills in an attempt to find a spell powerful enough to stop The Beast.

Penny first takes them to the Netherlands and from there they jump back into the Earth fountain. They appear in the forest that surrounds Brakebills near where Dean Fogg is sitting on a bench. The head of the school is surprised to see that they are all still alive and the group proceeds to explain that Fillory is real, magic is dying, and they need to find a way to exterminate The Beast before he can drain the Wellspring. Quentin tells the dean that they found a Brakebills notebook from 1893 in the Armory and surmises that they aren’t the first students to make it to the other world (or become monarchs). In the student’s notebook, it notes that he/she learned battle magic from a professor named Bigby. Alice adds that there seems to be a spell called the Rhineman Ultra that could be strong enough to solve their catastrophic problem. Not at all freaked out, Dean Fogg walks away saying that he’ll get back to them.

He goes to see Professor Sunderland soon after and fills her in on the whole situation. We find out that long ago, battle magic had been taught at the school but was banned because things got messy (aka a lot of people died). Dean Fogg then goes on to say that Professor Bigby warned him that the day would come when they would need it and hinted that she hid all the spells somewhere in the library. Sunderland was brought into the fold because no one knew the space better than she did. 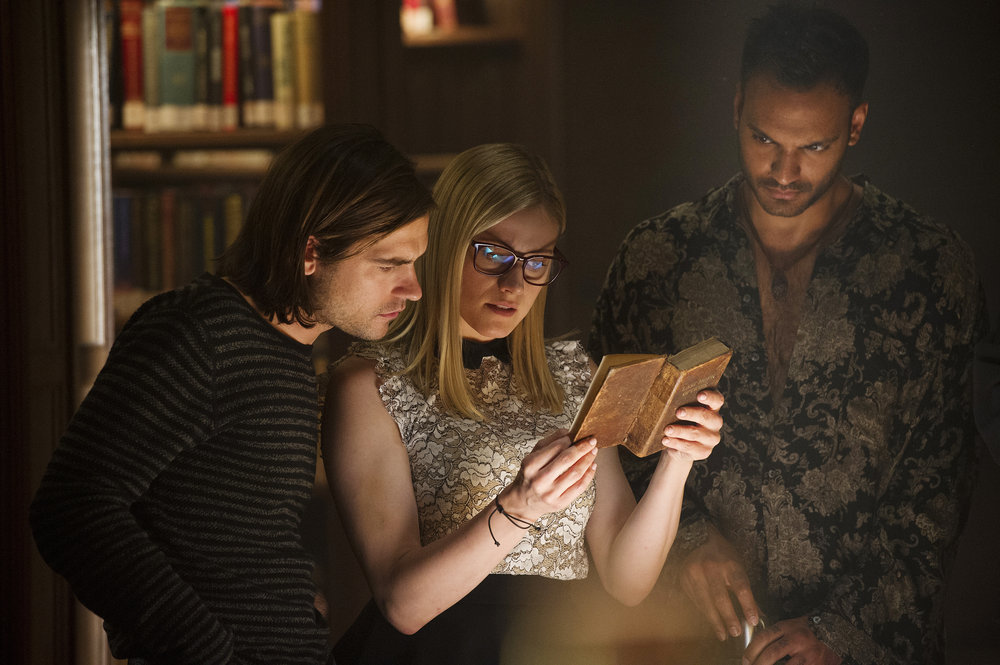 The school head next assembles the group in the library and we get a little background on Bigby. She is a 500 year-old brilliant, impulsive, and mercurial pixie. When Q and the gang are confused on why Dean Fogg would think the book would be in there, he explains that Bigby told him, “Battle magic will be where knowledge always is. The day you need it I promise will be your last hope.”

Q realizes that the name of one of the battle magic books is called The Last Hope Option, and so now they have to figure out how to find it by deciphering the hidden code inside the pixie’s message to the dean. They split into groups of two with Margo and the dean using the card catalog, Alice and Quentin delving into anagrams, and Penny and Sunderland using numerical code. Nothing seems to working until Q mentions Hotel Spa Potions and Sunderland recognizes it as a real book inside the library. She retrieves it and voila, it is the very text they need, except of course pages are ripped off and there’s another note to Dean Fogg.

If you are reading this then I’m right and everyone at Brakebills is wrong, how delightful! It also means that I’ll see you quick as 1, 2, 9 where middle leads and last is fine. Summer’s here in ne’er retreats. A pretty island made of streets.

Margo is quickly able to decipher that the island made of streets is Rhode Island. Q figures out that “summer’s here in ne’er retreats” could be summer sets or Somerset. Lastly they determine her house number from 1-2-9 and the dean, Q, and Alice head over to plead for assistance. 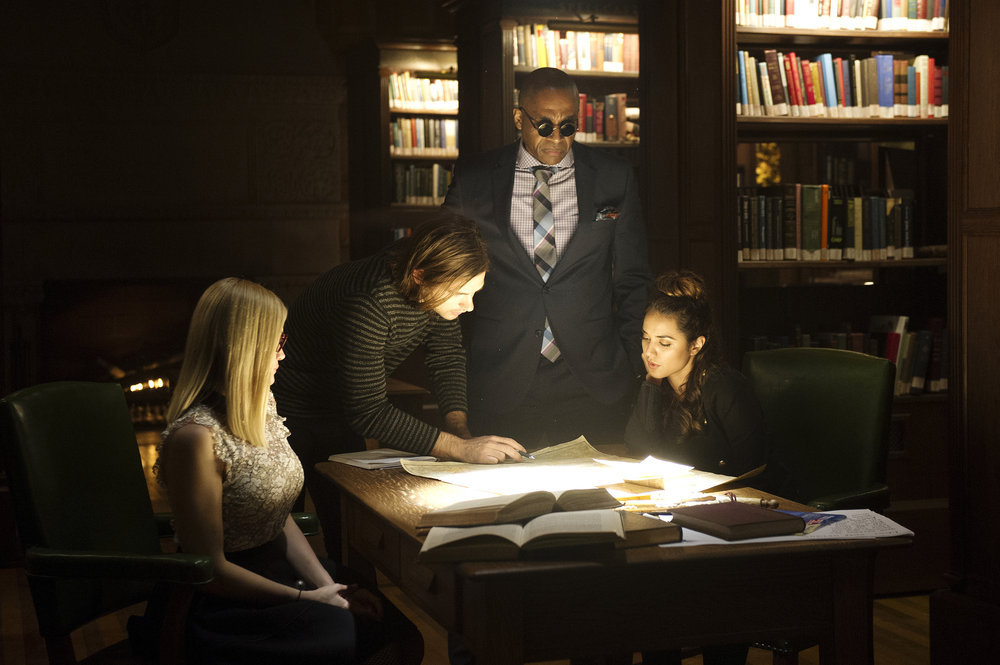 When they get there Bigby kisses Dean Fogg passionately and we discover just how intimate the two were back in the day. The answer? Very very intimate especially in the vicinity of a certain tree with super soft grass. Bigby though is still a little upset that she had been fired from Brakebills even though now she feels vindicated. She tells Alice and Q that they need to convince her as to why she should give them the Rhineman Ultra. After their passionate regaling of everything that’s happened to them so far, she agrees and gives it to the chosen one who still has the god juice in her system. Bigby warns that no one should be within twenty feet of the blast and that only Alice can cast it.

Back at Brakebills, the dean has something else up his sleeve as he beckons the group to some sketchy looking basement and hands them some hard liquor because they needed to get super smashed. Next, Professor Li tattoos an intricate design on their backs and lastly a fiery keiko demon gets trapped in the sigils that they can use to attack The Beast. The catch though is that these are one-shot weapons.

Armed with their demons and the Rhineman Ultra, the squad heads back to Fillory to face the battle to come.

The question is whether Quentin and the others will get to The Beast before Julia exacts her revenge on Reynard. On the one hand, killing The Beast would save magic in Fillory and on Earth, but what about the other worlds? If magic died would it also affect the gods? If it did, then maybe that wouldn’t be such a bad thing.

This episode showed us the squad having to solve a problem that not only was life or death for them, but also for Fillory and potentially their own realm. They’ve grown significantly from the first season, where their only concern was the next party and passing class. Circumstances urge them to rise up and be actual heroes, but whether or not they succeed only time will tell.