Director Rian Johnson revealed the teaser trailer and poster to Star Wars: The Last Jedi today during the upcoming film’s panel at Star Wars Celebration to the excitement of attendees, some of whom have been in line since 3:00 am this morning.

The panel was moderated by actor Josh Gad and in attendance were Lucasfilm Chief Kathleen Kennedy and cast members Mark Hamill, Daisy Ridley, John Boyega, and Kelly Marie Tran (who plays a new character named Rose, a member of the Resistance and works as a maintenance crew member).

In the trailer we see the familiar faces of Luke, Rey, Finn, Poe, and Kylo Ren as well as lots of action sequences and what seems to be Jedi training sessions on Luke’s island. But the Force user’s ominous declaration that it’s time for the Jedi to end is the best part of the teaser because it opens up so many possibilities for the film’s plotline. Also, since we only got to see him at the very end of Force Awakens with no lines, how nice to hear Luke speak at last.

Also check out the Last Jedi poster which feels very Sith-like. I wonder if it will follow in the steps of Empire Strikes Back to be the darkest film in the new trilogy. 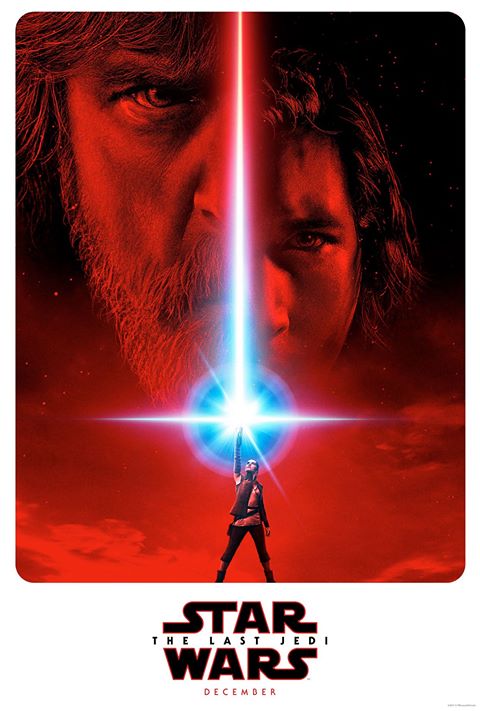