Scott Campbell’s Anniversary Variant Cover for DAREDEVIL #4, will be on sale 10/12

Marvel Comics heroes have been hitting their big anniversaries all this year. With major shout-outs to Thor, Hulk, Spider-Man, and Ant-Man in 2022 alone. But with great anniversaries comes great art, and guess who’s been helping them celebrate all this time,  with their astounding variant covers again and again?

Now it’s Luke Cage’s turn to get an anniversary cover. While the amazing Power Man has fought alongside the Heroes for Hire and the Avengers, he’s not above defending the streets of his home sweet home alone either. Campbell’s Daredevil #4 cover, dropping this October 12th, shows Luke in his Power Man get-up. Available in both a retro version and as a virgin cover.

“It’s a thrill and an honor to create cover art celebrating the anniversary of characters that have become so iconic and ingrained in our culture,” Campbell said in a Marvel press release. “I really wanted to make images that would have a visual bridge from the pulpy 4 color origins of these monumental heroes to the modern-day slick coloring and production we are now all familiar with.”

Devil’s Reign threw a lot of readers by surprise. Not the least of which, was Luke Cage’s biggest triumphs as New York City’s newest Mayor-elect! This time, Luke Cage will have his hands full. Fans can follow his adventures in the pages of Marvel titles like Chip Zdarsky and Marco Checchetto’s Daredevil and Jim Zub and Sean Izaakse’s Thunderbolts.

Check out these covers now and be on the lookout because more J. Scott Campbell Anniversary Covers are coming! 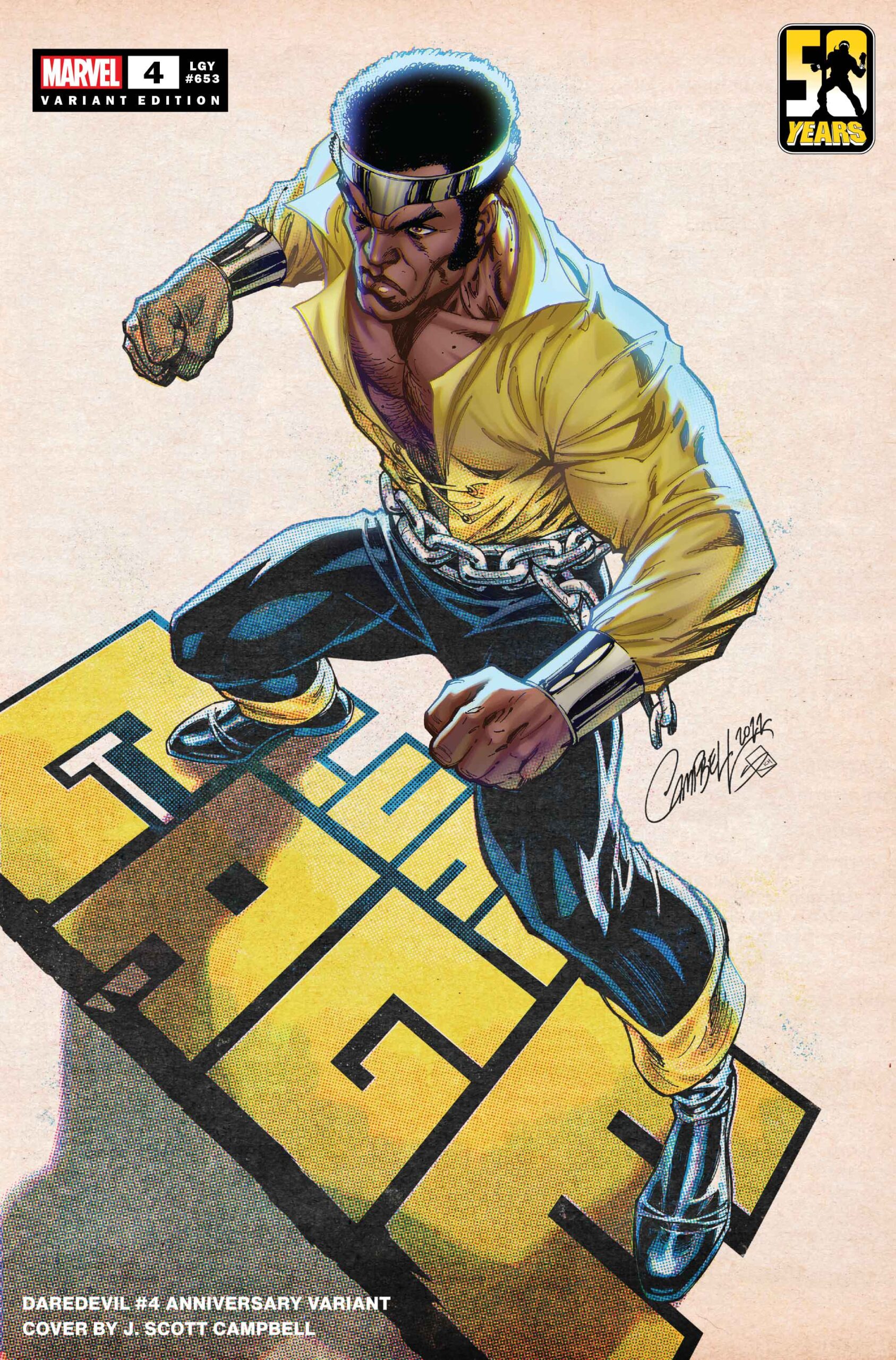 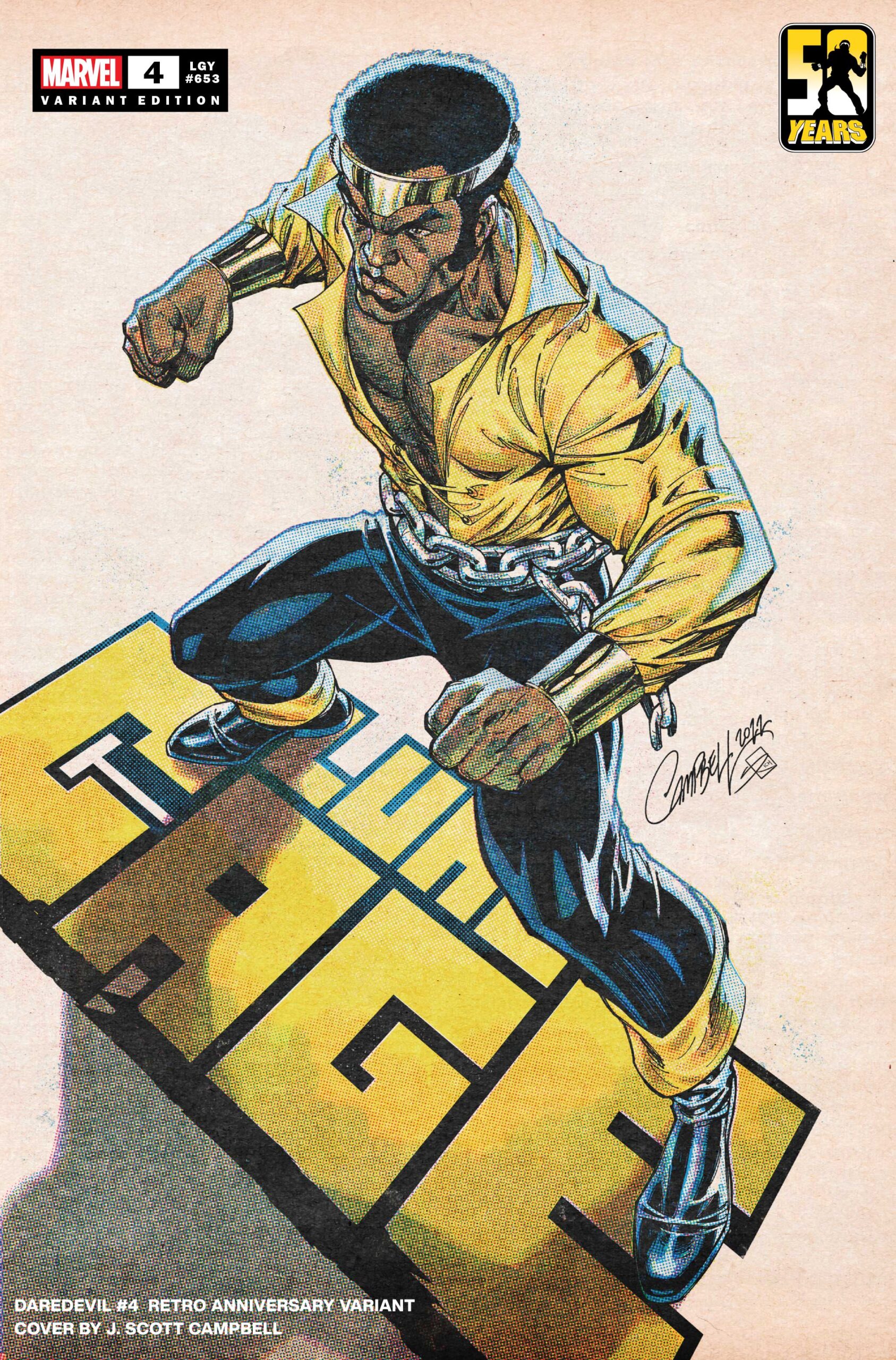