Louie has always had a fondness for subverting expectations both large and small, often pointing out their absurdity in the process. “Bobby’s House” brings back two of the show’s strongest characters while examining the things we do and situations we put ourselves in for the sake of our expected roles.

This episode may have cemented Louie’s brother Bobby as one of my favorite recurring characters. His storyline in “Bobby’s House” is filled with little ridiculous twists and he plays them all perfectly straight. Bobby wakes up Louie with a phone call to ask for a ride to their Uncle Jack’s wake in two hours. Louie was never informed of his death, but Bobby later tells him that he saw the obituary in the papers. They arrive at the wake filled with Asians, but Bobby doesn’t question it: “Bro, he fought in Vietnam.” He’s finally proven wrong when they see a picture of the recently deceased, and they decide to pay their respects rather than immediately leaving.

After getting dropped off, Bobby invites him up to his apartment, where the two brothers attempt to bond. Louie’s uncomfortable reluctance and Bobby’s earnestness (even when he’s way off base) is a great and underrated dynamic on the show, and the conversation they have might be my favorite scene of the season. Bobby attempts to bond with Louie, expressing pride in Louie’s accomplishments and ultimately confessing his dissatisfaction with his own life. In the confusing, frustrated conversation that follows, we learn of Bobby’s infertility (despite not being in a relationship or planning for children) and that he apparently thinks he’s the older brother in the relationship. Annoyed but inconsolable, he can’t quite articulate his frustrations and the scene ends with him clinging to the most recent version of the truth: “You’re my older brother man, you should be looking out for me!”

Louie later finds himself beaten up by a woman on the street, and finds himself embarrassed to admit it to his daughters. They can’t help but laugh at him, even as he tries to be the responsible father and reason that women can be strong. Here, as it was with Bobby, expectations and our adherence to them are hard to shake even when we know better. Pamela, naturally, also gets a kick out of the situation even as she helps him put on makeup to cover up his bruises before a show. 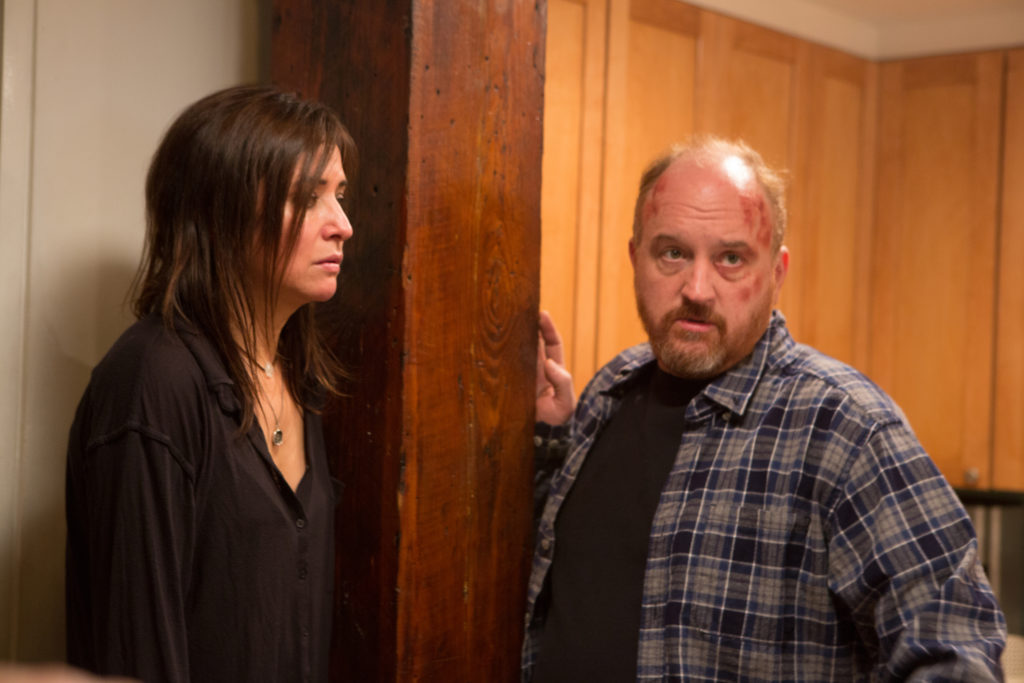 The traditional gender roles and dynamics have always been inverted in Louie’s relationship with Pamela, and if it hasn’t been obvious before, it certainly is now. In contrast to most relationships depicted on television, Louie’s the sensitive and insecure one while Pamela is more aloof and noncommittal. There are similarities one could draw to the manic pixie dream girl–a term writer Nathan Rabin later regretted coining as a reductive oversimplification. Pamela represents much of the same qualities for Louie–he fixates on her as a manifestation of all the spontaneity, confidence, and love he so desperately desires in his own life. But of course Pamela’s more than that, and her breaking up with Louie follows every film and television cliché in the books while still making sense for her character.

Pamela is a regular, independent person whose life isn’t defined by her relationship to Louie, and there’s really no reason a person like that would want to hang around a clingy sad-sack like him. That isn’t to say she’s heartless or doesn’t care about him, but she knows that the relationship won’t work out due to their differing expectations of it. It’s nothing revelatory or groundbreaking, but the swapping of the traditional gender roles adds a nice twist to the tired old relationship tropes normally depicted on-screen.