The plot thickens in this week’s Lost Girl as Bo tries to find a missing oracle; one of the not-so-dead elevator bodies resurfaces; Tamsin sets her cap on a certain succubus; and Dyson tries to connect with his son only to be rejected for Vex.

Yes, Mark is working at The Dal now, Trick probably thinking that it would help keep the kid out of trouble. Yeah, I don’t think so. He soon meets Vex and they get into a popularity contest, which leads Mark getting lucky with two mysterious female faes in Trick’s office. Oh, and one of them steals the Blood King’s ledger that’s filled with the name of every fae who’s ever gone to The Dal.

It also happens to be Bo’s birthday and Hades sends his daughter a creepy jack in the box looking contraption. She feels incredibly violated by the act because daddy is basically letting her know that he can get to her any time, even if he is stuck in Tartarus. In her panic, Bo calls Cassie to come over and get a reading off it, but the oracle is on a date and gets annoyed at Bo for only calling her whenever she needs something. At first the date doesn’t seem to be going well but then Horatio (her date) hams it up and convinces Cassie that he’s genuinely interested in her. Things go wrong after he escorts her home and kisses her good night. Cassie begins to scream in pain but no one comes to her aid. 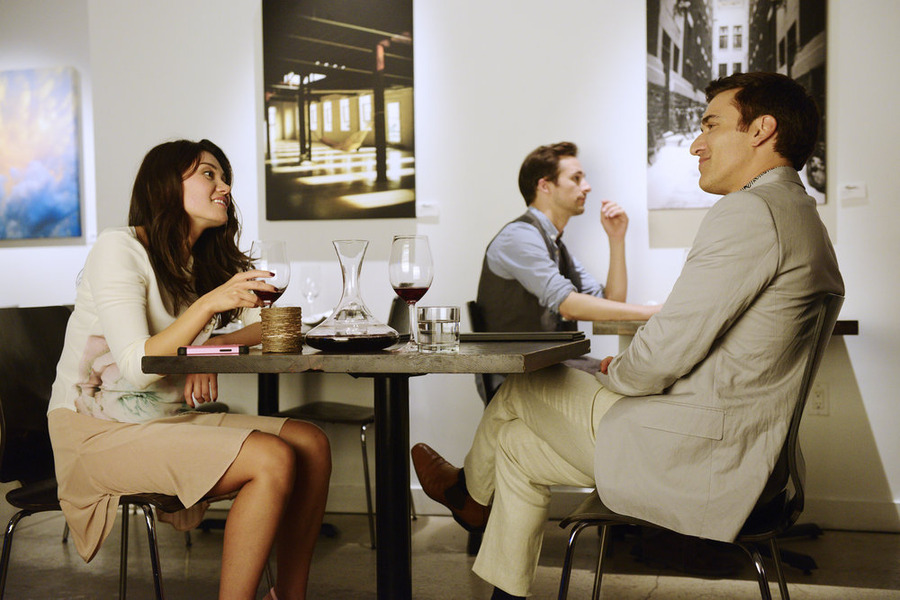 The next day Bo is still worried because Cassie never showed up and isn’t returning her calls. She’s tried to even contact the oracle’s family but no one’s heard from her. Bo heads to The Dal where Trick gives her his birthday present, one of Alexander the Great’s fingers that happens to be a family heirloom. Cool? Both Tamsin and Lauren realize that they forgot the special occasion and go off to find a gift.

The two decide to throw Bo a surprise party at The Dal but also come across an antique store where Tamsin decides to buy Bo a stuffed good luck cat. When they return, the succubus is ready to head over to Cassie’s place but is surprised by the dead feline and then Lauren accidentally dropping her present (it looked like porcelain frog of sorts?). The valkyrie offers to tag along to Cassie’s and Lauren is about to offer as well but is reminded of that thing she needs to do. Ah yes, the doctor has stuff to do, AKA bake Bo’s cake.

When Bo and Tamsin arrive at Cassie’s, the door is unlocked and the apartment is completely ransacked with blood smeared on all the walls. I love how Tamsin goes from wise-cracking smart ass to serious police detective when she says that they have to contain the scene, contact Dyson, and get blood samples to Lauren.

Bo and Tamsin return to The Dal again where Bo finds an earring that went missing awhile back. Looks like her luck is turning after all! She also doesn’t hear back from the two other oracles that she’s contacted in hopes of getting more information on Cassie. However, Seymour (Cassie’s cousin) does show up after Tamsin confesses that she reached out to him. The smarmy soul-sucking fae says that they should find Cassie’s FaeDate since he was probably the last person to see her. What ensues next is hilarious as Tamsin has Bo pose provocatively for pictures that will go on her profile. Soon Horatio sends Bo a wink or a like, or whatever it is that they do on online fae dating sites.

This whole time, Bo has been becoming more feline as Trick explains that the stuffed cat is no ordinary one. It is feeding Bo luck by sucking it out from others but the cat is also slowly taking over Bo’s body. On her date with Horatio, she manages to interrogate him via succubus touch but he only confesses to kissing Cassie good night and leaving. Feeling out of options, Bo decides to completely rely on her cat given good luck to lead her to Cassie, which works. Yay! She finds the three oracles in an underground cave of sorts all bound together with their eyes missing. The three women are taken to Lauren’s lab to recover. When Cassie finally comes to, she manages to tell Lauren that they had gouged their own eyes out because they were experiencing too many visions at once. It was so powerful and overwhelming that it was the only way to make it stop. Yikes.

Both Lauren and Tamsin had joined Bo on the hunt for the oracles and along the way the valkyrie told the doctor that she was throwing herself in the game for Bo’s heart. Well, I guess if we can’t have Bo and Dyson, Bo and Tamsin is not such a bad alternative. Their chemistry is pretty explosive as Tamsin gives Bo a cupcake and herself wrapped in an actual ribbon as her gift to the birthday girl. Bo quite seductively unwraps her present and sparks fly! In the aftermath of their lovemaking, Bo admits to her roomie/new lover that Hades is her father and that she’s worried that she’ll never be rid of him and that he is still planning to use her for some terrible purpose. 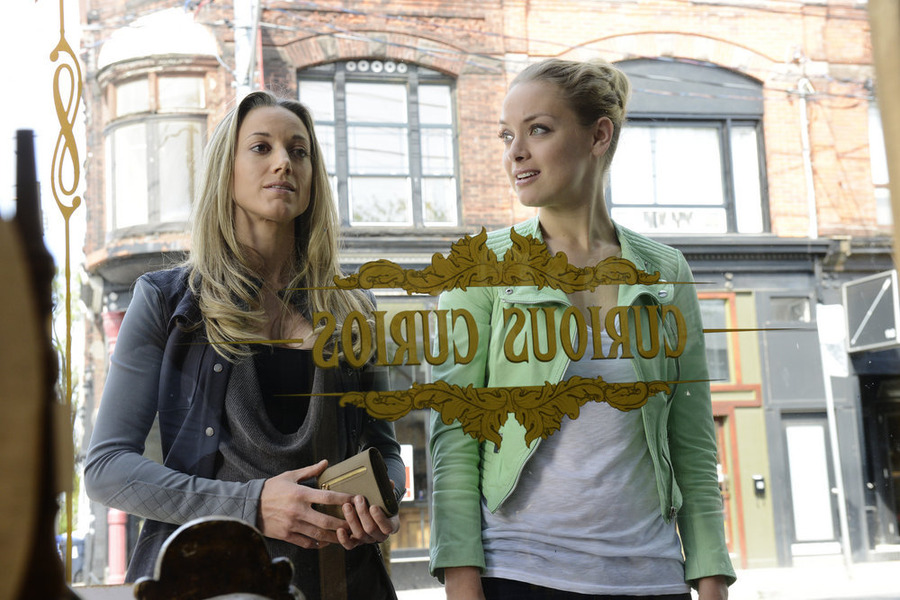 I think Tamsin is really falling for Bo and assures her that no matter what happens she and the others won’t let Hades get to her.

Dyson in the meantime finds Mark and Vex at The Dal together and the werewolf shifter gets all parental and thinks Vex is corrupting his kid. Nah, Mark is plenty trouble already. Vex finds the whole heated exchange between father and son amusing as Mark continues to tell Dyson to get lost. But of course Dyson won’t give up on his on son. My, how the tables have turned!! With some police business to take care of though, he heads to Lauren’s lab where he shows her surveillance camera footage of Bo and Horatio on their date, asking the doctor if the guy looks familiar to her. Well, well, he turns out to be one of the missing corps from the elevator crash.

It’s likely that Horatio must be another Greek god fae and is probably the brother of the female fae who killed Laura’s assistant (he mentions that he has a sister who was thrilled to find out that Cassie was an oracle while they were on their date). If they are brother and sister, could they possibly be Apollo and Artemis? Since the last scene shows Horatio with Trick’s ledger and a jar with the oracles’ eyeballs in them it’s a good chance since Apollo was the god of prophecies. He would have the ability to flood them with so much second sight. Now the question is whether Horatio/Apollo knows that Bo is Hades’ daughter or not and are they eventually going to try and kill her to stop Hades from coming above ground somehow?

Oh but let’s not forget about Bo’s furry problem. Dyson and Tamsin trick Seymour into sucking the cat’s soul to get good luck. He’s in for a surprising treat!

@theworkprint
Follow
Previous articleDancing With the Stars Review: Semi-Finals Bring a Surprise Proposal and Tears for All
Next article‘Outlander’ – “Wentworth Prison”: The Things We Do For Love