We Almost Had To Burn Down ‘Legends of Tomorrow’ After “Turncoat”

This week on #LegendsofTomorrow: KEEP YOUR GRUBBY DEATH HANDS OFF SARA; Mick should do every intro; Amaya, seriously?

There are few things that happen on television that can send me into a fiery rage: gratuitous rape scenes; people who say mean things about Supergirl; and the death of LGBT characters. Last night after Legends of Tomorrow, I almost had to burn down the entire place. ALL OF THE LEGENDS came very close to being pitchforked in the most horrific of places.

Of all the DC shows on the CW, Legends seems the most committed to keeping the dead buried and gone, if Leonard Snart is anything to go by. So when evil Rip Hunter shot MY BABY GIRL Sara in the stomach, I almost had a heart attack. I was ready to set fire to the internet, to march my loud mouth down the CW offices and give them a piece of my pitchfork.

Thankfully, due to some last minute heroics, Gideon was able to bring Sara back from the dead so that she could stop Jax from killing evil Rip. (Who broke my damn heart when he realized he couldn’t save Sara.) 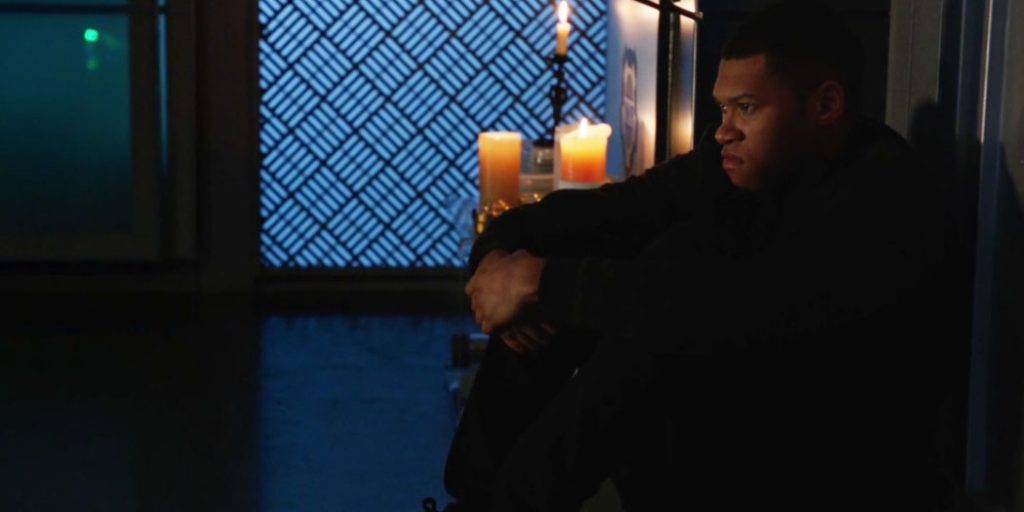 Of ALL the networks, you would think the CW would be a TEENSY bit more careful about even pretending to kill off a queer character, ESPECIALLY from a gunshot wound in the abdomen. DON’T LET IT HAPPEN AGAIN, CW.

Last season, I had two major problems with Legends of Tomorrow: Vandal Savage and Rip Hunter. Rip never made much sense to me and I definitely think much the fandom’s love for him comes from Whovians who adore Arthur Darvill, but I can’t stand Rip as the captain of the Waverider. He’s hypocritical, angry, and doesn’t inspire much loyalty in his crew. I especially loathed the way he talked down to Jax and Mick, treating them as though they were stupid (they aren’t).

However, Rip as an uncaring villain? I can get behind that change. Darvill was made to play a villain. He’s charismatic, unflinching, and not afraid to do what is necessary to get the job done. I’m eager to see how things pan out in later episodes and part of me hopes he remains evil, but we’ll see where the story takes us. 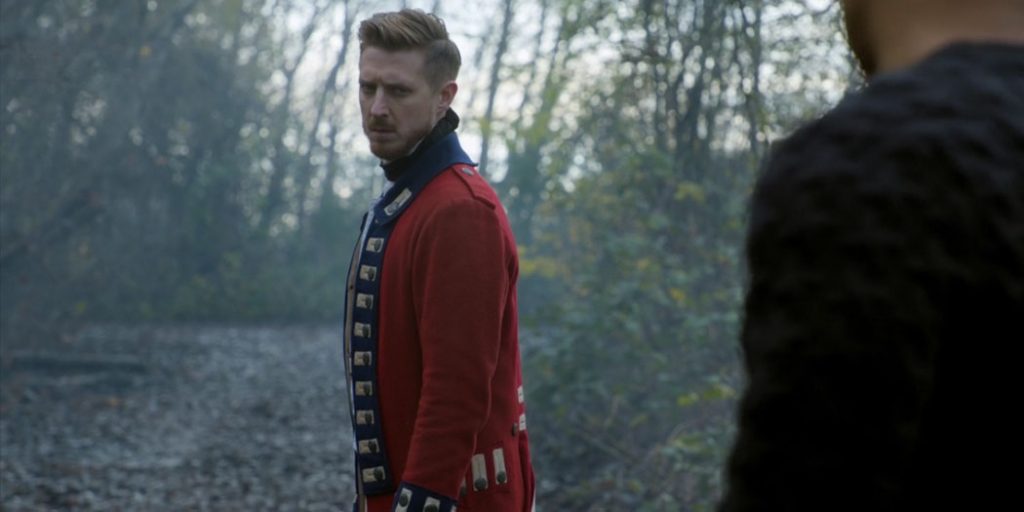 That being said, Sara: YOU DIDN’T SHOOT HIM BECAUSE IT WAS CHRISTMAS?! SINCE WHEN DO YOU CARE?! BUST THAT FOOL IN THE KNEECAP, TAKE THE SPEAR AND FLY THE FUCK OUT OF THERE.

Goodness, sometimes the bad decisions by characters I love for the sake of plot really gets to me.

When Amaya first arrived on the scene, Legends didn’t know what the heck to do with her. “Two females on one team, you say? Well, clearly since Sara is the captain, we have to make the other a romantic interest.” And look, I’ve had a good time with Legends this season, and Jax and Sara have held things together, so I’ve been more or less forgiving where Amaya is concerned.

But enough is enough. I draw the line at the fanfiction romance that happened last night between Amaya and Nate.

A time quake knocked her into his arms? She kept him alive with her body heat? He propositioned sex when their friends were in danger and she ACCEPTED?!

Amaya is this kick ass woman who has a strength unlike any other. She’s a superhero in a strange world with an AMAZING background, but instead of being allowed to be those things, she’s been relegated to being a reminder that history was horrible to black people. I’m not saying we should gloss over these moments, because even on television it’s important we don’t normalize what people of color have suffered through, but dammit, Legends, give the girl something to do. Give her a job that’s more than just “hey pretend to be this dude’s wife, have some sexual tension to tease the audience, and maybe throw a punch at the end.” If Legends can make me LOVE Mick Rory and not want to strangle Ray Palmer, then they can certainly do better for Amaya.

And speaking of Amaya and that whole “love interest” thing: where the frack did all that romance between her and Nate come from? Honestly, I have been low-key shipping the dork brothers Ray and Nate as a new pairing, but suddenly Nate is suave and endearing? If you’re going to pair Amaya up with ANYONE who isn’t Sara, Mick was the best choice. Not that boob, Nate. You mean to tell me she was okay with IGNORING HER JOB and LETTING HER TEAM DIE so she could have sex with….him? I don’t buy it. It’s a horrible plot line that needs to be burned to the ground.

The only way Legends redeems itself after this move is if Amaya realizes she made a Ray Palmer-esque mistake and she moves on to someone better. OR. She actually gets some real screen time as a person who isn’t written to better the dudes around her. Shocking thought.

I seem like I’m ragging hard on Legends, but I’m actually enjoying the second season. A lot. It’s consistently the funniest of the CW superhero shows and I’m ecstatic that the show has embraced its campy nature. (Supergirl is still #1 in my heart, though.)

Mick should do all of the DC CW show introductions.

More family time on Legends, please! It works on Supergirl and The Flash, so I’ll take all those sugar sweet scenes I can get.

Everyone thinks Mick is this big, dumb oaf of a henchman, but he’s not. He lets other’s think he’s stupid, even his own team, but he’s actually competent and logical. Besides, he manages to earn the respect of Albert Einstein and George Washington. He’s doing something right.

Jax and Sara continue to be the reason why I tune in every week to Legends. Their bond is better than any romance the show could come up with and I hope they continue to develop the pair.

Legends of Tomorrow airs Tuesdays on The CW at 9pm EST.

@theworkprint
Follow
Previous article‘Shadowhunters’: We Meet The Iron Sisters and They Are Fierce
Next article‘The Magicians’ Review: How Many Can We Kill This Week?