The new tie-ins mention the upcoming comics crossover for this July.

A.X.E. Judgement Day, the newest line in the Marvel Comics Judgement day crossover sees the Avengers, Eternals, and X-men locked in a deadly conflict. With a more X-men focused line of the story, after the mutant’s new immortality is threatened by the Eternals, everything changes, as a secret about mutantkind and the Deviants comes to light. These comics are promised to be a game-changing event across all of Marvel, kicking off with A.X.E.: Judgement Day this July, which sees the releases of both issues #1 and #2.

The X-Men claim they’re the planets’ new gods. The Eternals know that position is already filled. The Avengers are about to realize exactly how many secrets their so-called friends have kept from them. Years of tension lead to a volcanic eruption as two worlds burn. Who has leaked the X-Men’s secrets to their latest foes? Why is Tony Stark abducting an old friend? And who stands in judgment over the whole world? As the world shakes, an unlikely group of heroes and less-than-heroes gather to find a peaceful solution. Sadly, the best laid plans of man, mutant and Eternal oft go awry…

Gillen will also team up with artist Guiu Vilanova to explore the root of the Eternals’ fury against mutantkind and the schism it’s causing in their society in a three-issue limited series beginning in July titled A.X.E.: DEATH TO THE MUTANTS. The mutants are Deviants. Eternals are coded to correct excess deviation. The mutants are eternal, Mars colonizers, ever-spreading. Eternals know what they should do. Our heroes don’t want to, but can they resist the murderous designs coded into their body as surely as any Sentinel? And if they can’t, can anyone survive the coming judgment?

Afterwards, there are plans to see the series spinoff into various lines listed below: 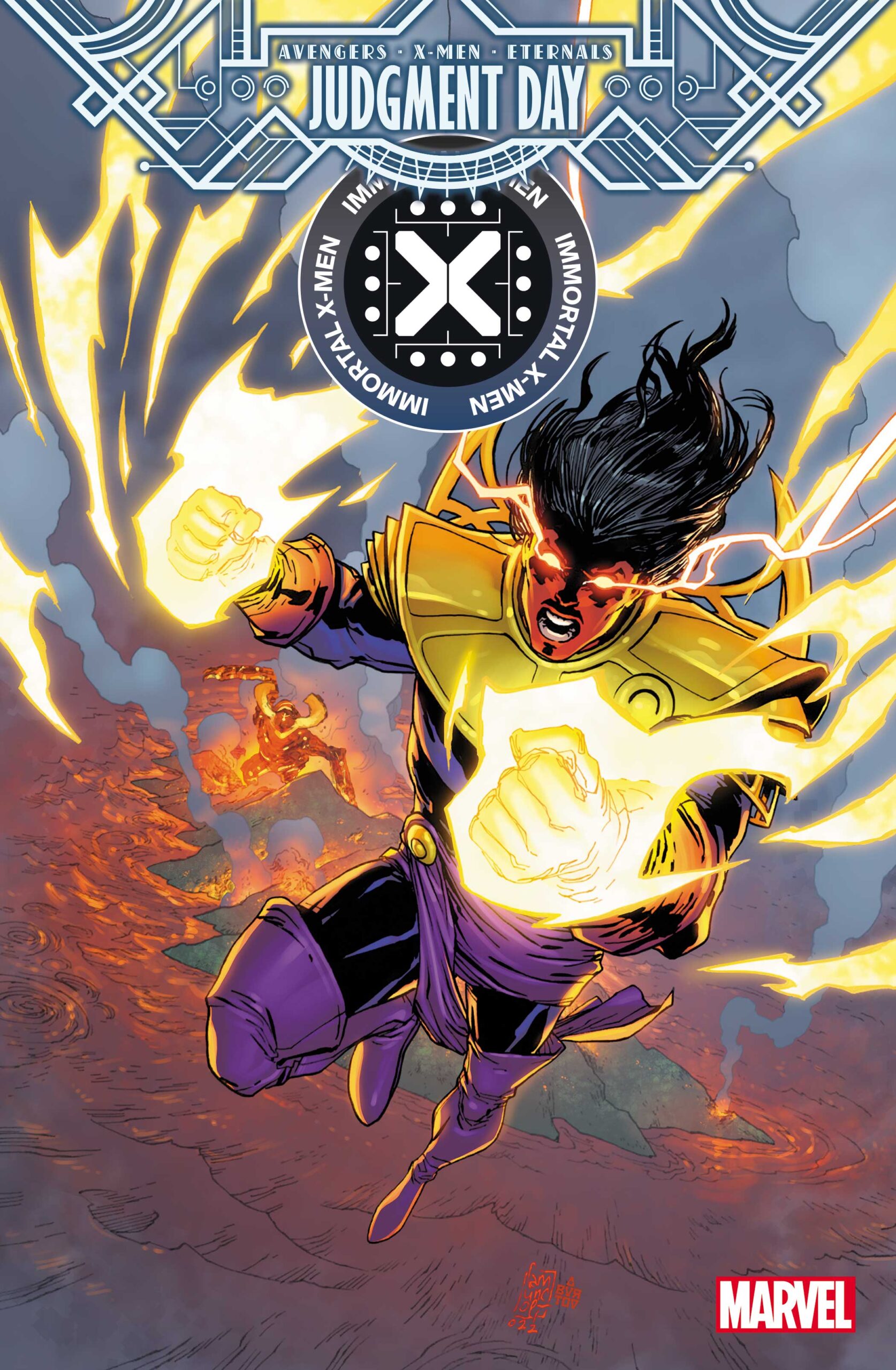 IMMORTAL X-MEN #5 sees Gillen and artist Michele Bandini write about: Exodus. Born in the 12th century, Bennet du Paris marched forth with a sword in his hand and a shield in his heart to protect what he believes. It’s now the 21st century. What’s changed? Nothing. Absolutely nothing. And the Eternals who dared attack Krakoa are going to discover what that means. 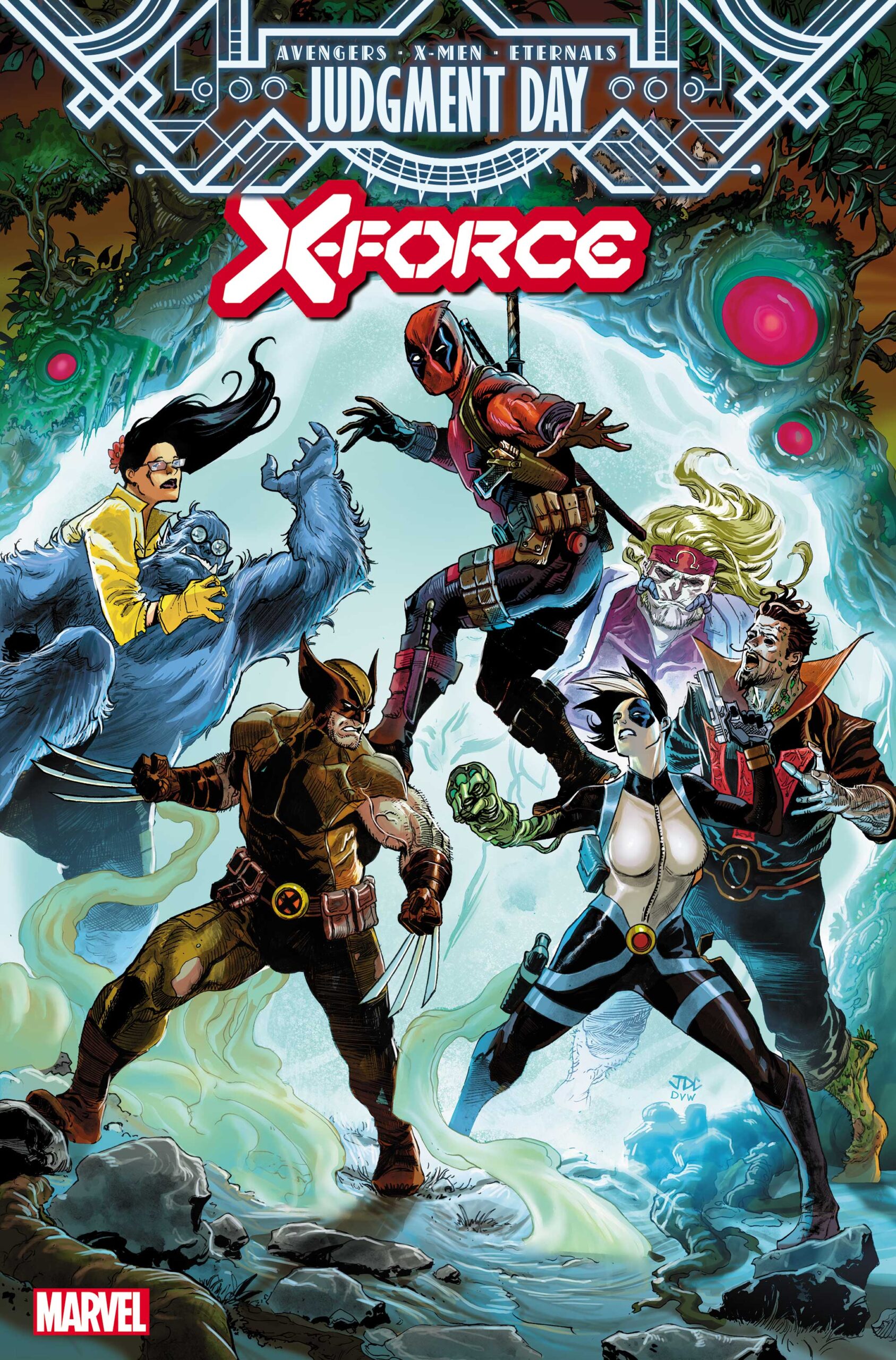 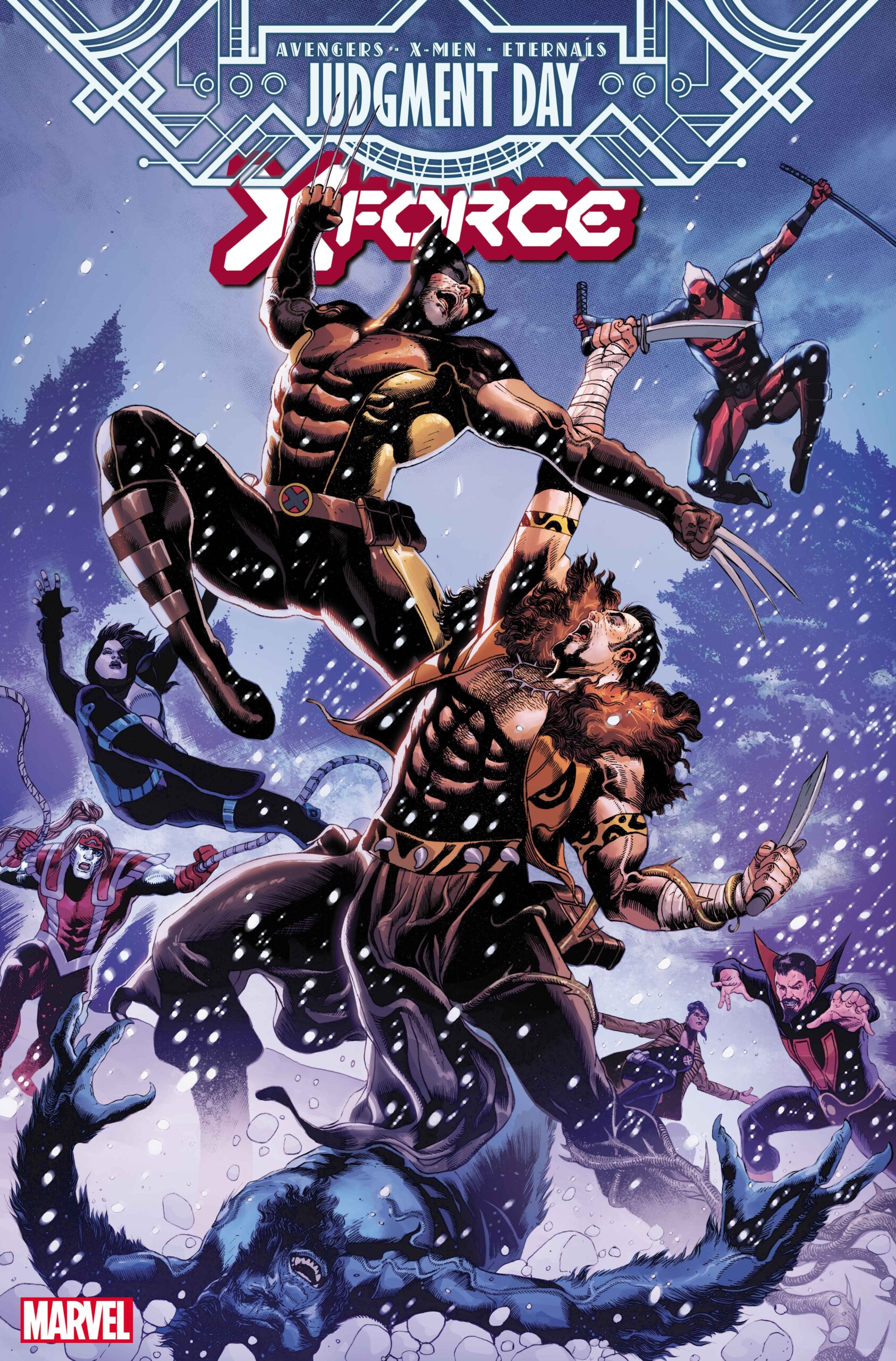 Deadpool joins and Kraven’s mutant hunt begins in Benjamin Percy and Robert Gill’s X-FORCE #30. X-Force has taken some lumps, but a new era begins as old-school X-Forcer Wade Wilson makes his grand return! Well, grand for him, necessary for the team, as X-Force needs all the help it can get in the fallout from the Hellfire Gala and the revelations of A.X.E.: JUDGMENT DAY! Find out why Kraven the Hunter is involved in the start of a landmark storyline titled “The Hunt for X.” 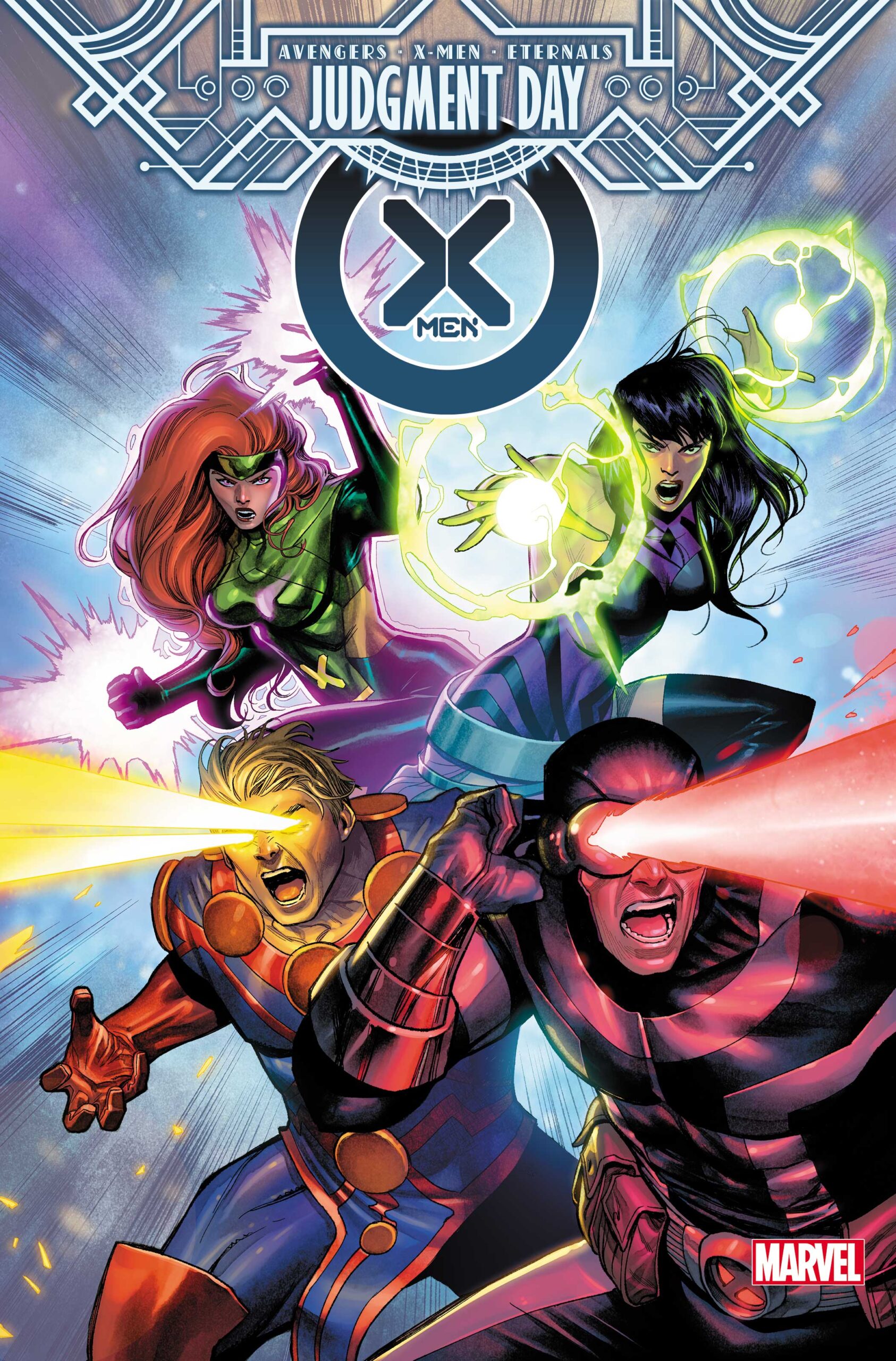 Who are the true inheritors of the Earth? The X-Men and Eternals fight over the answer to that question in X-MEN #13 by Gerry Duggan and C.F. Villa. The mutants are the next stage of evolution. Evolution depends on a mutation of genes – the genes of the offspring deviating from their progenitors. Some would call the X-gene EXCESS deviation. Those people are gonna need to be taken down a few pegs. 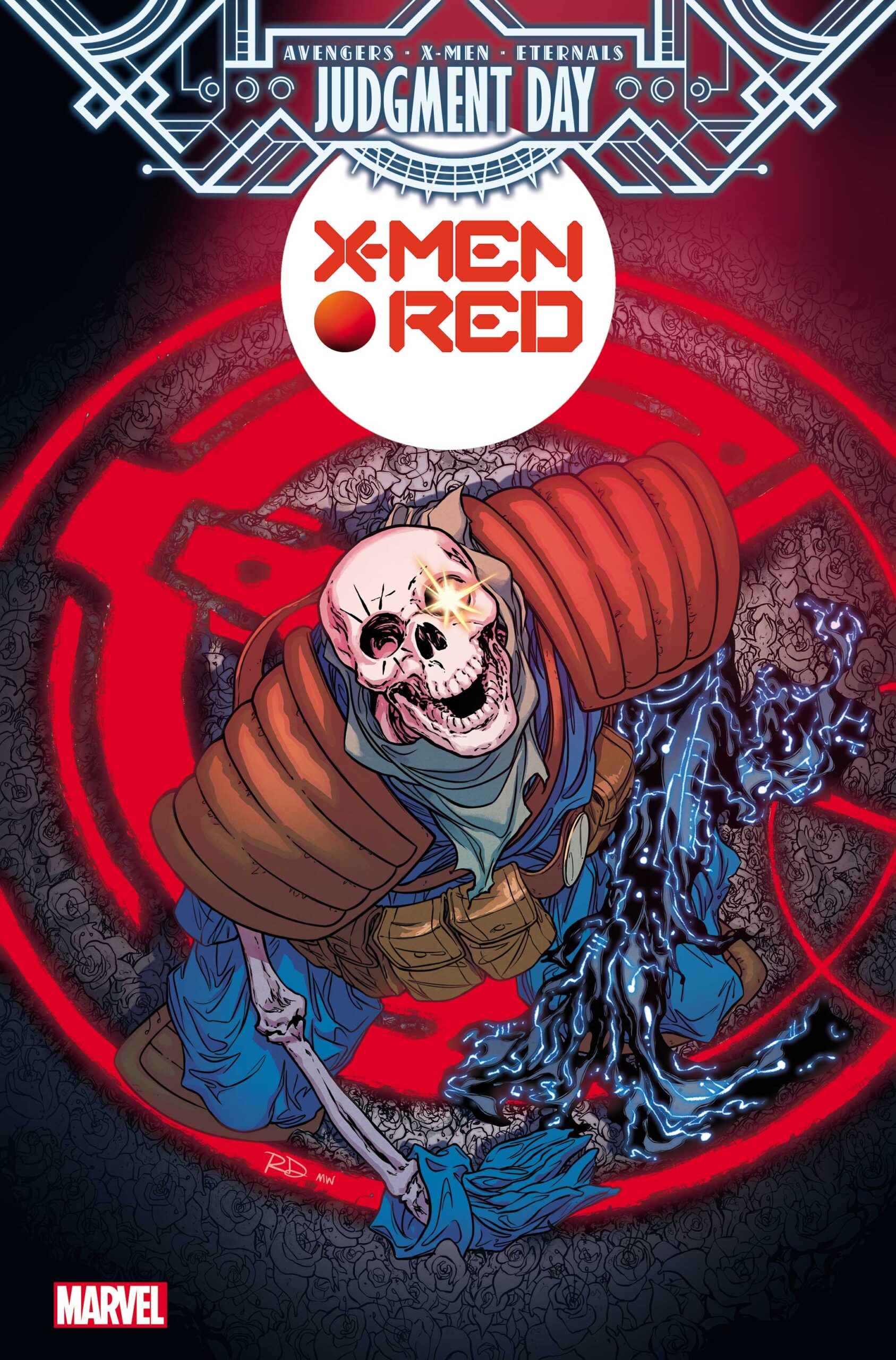 And Arakko sees war yet again in X-MEN RED #5 by Al Ewing and Stefano Caselli. No one who is not an Omega-level mutant has ever taken one of the nine seats of the Great Ring. Together, they are the greatest power Arakko has ever known – and it’s nine against one. So, if the nine are losing…what does that say about the one? Judgment Day has come to the Red Planet – and it’s Arakko’s greatest test since X OF SWORDS!