ReviewsTVTV Reviews/Recaps
May 19, 2017
By: Alyssa Berkowitz

This week on iZombie, Liv is unbearable on “preschool teacher” brain.

It pains me to admit this, because I really love this show, but I am becoming increasingly bored with the plotline of iZombie.

Brain of the Week:

Victim: Jamie Brennan, a womanizing pre-school teacher who was sleeping with the moms of his students, is murdered via an automatic nail gun.

This was the first time that I actually gagged while watching Liv prepare her Cuisine de Brain. She made a PB and Jelly sandwich with an additional layer of brain spread (I even had difficulty writing it out, that is how gross it was). 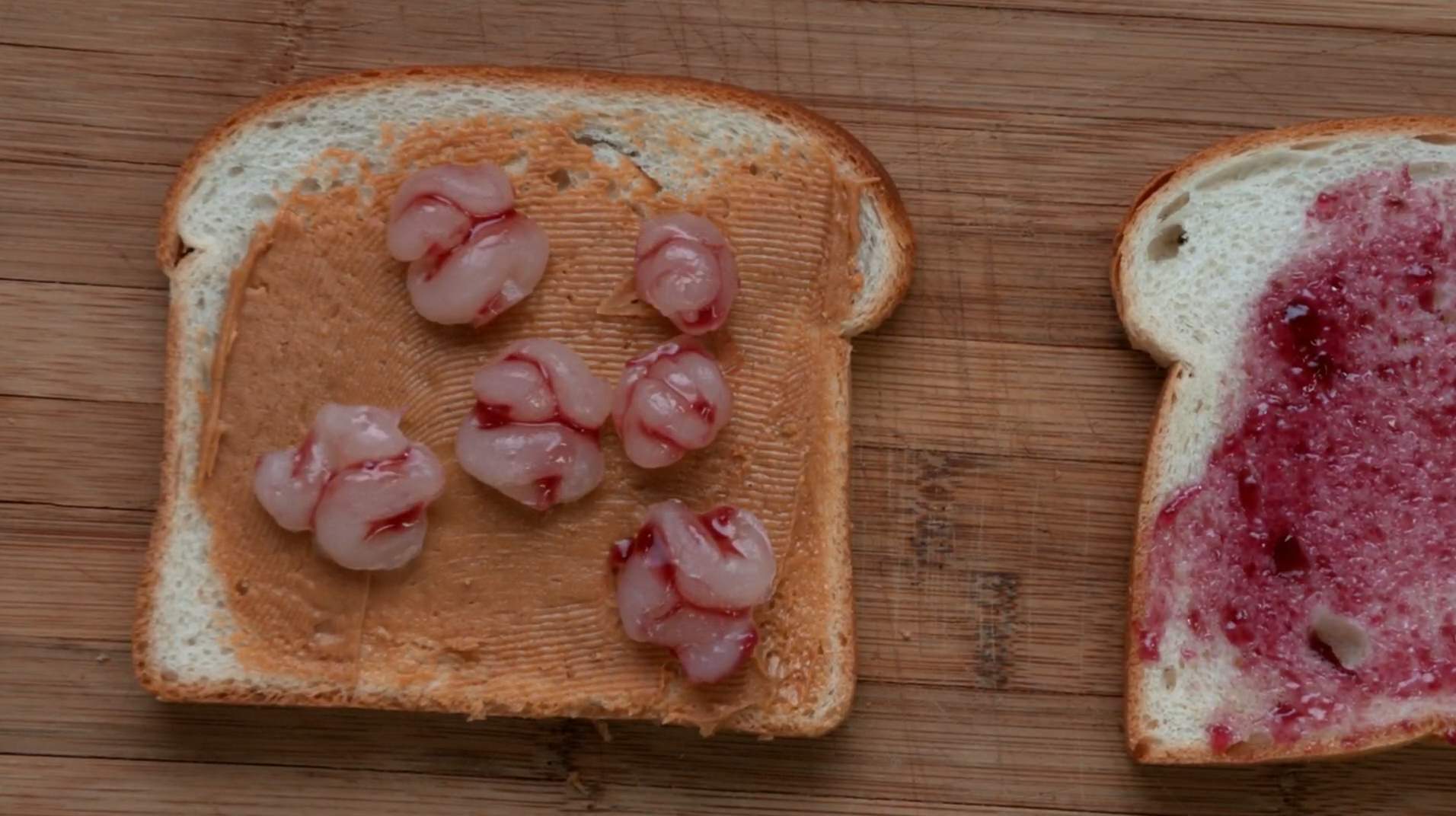 Besides the gross PB&J+B, my biggest issue with “Dirt Nap Time” was Liv’s portrayal of the preschool teacher brain. Once Liv consumes the brains she is in full on preschool teacher mode with everyone she meets. In every interaction, regardless of their age, she treats them as though they are children. She makes a sock puppet while talking to a witness and even gives a suspect a time out for being rude during an interrogation. We get it iZombie, Liv ate the brain of a preschool teacher. The issue with this though is that Jamie Brennan wasn’t only a preschool teacher. Just because someone is a preschool teacher does not mean they treat everyone like a toddler. My sister is a preschool teacher and she rarely uses her teacher voice on me. Mr. Brennan had successfully courted multiple adult females. Presumably, he would have needed to function like an adult human being in order for this to occur. I think the fact that all of the Mr. Brennan’s bed buddies were completely weirded out by Liv’s behavior suggests that he did not talk to adults like they were three-year-olds.

Another mind-boggling aspect of this “Brain of the Week” was that Mr. Brennan was killed because he was a womanizer, not because he was a preschool teacher. It was Jamie’s philandering ways that got him murdered. Why didn’t Liv have any womanizing traits after she consumed the brain? Liv didn’t try to hit on any girls the entire episode. If she had, believe me, this “Brain of the Week” section would read very differently.

It doesn’t really matter for the story at all, but Mr. Brennan was killed by the husband of a woman he was sleeping with.

Peyton is the prosecutor on the Dominatrix case from two episodes ago. Even though she is the prosecution, and the defendant plead guilty, she finds the case a bit fishy. So, when Weckler’s suggests that his client gave a false confession, and asks to strike a deal, Peyton is ready to play ball. The deal on the table is this: Weckler gives up the missing video footage from the sex dungeon and he will get a lighter sentence. Just as Weckler is about to agree to the deal a high-powered attorney swoops in and whispers sweet nothings into Weckler’s ear, prompting him to fire his current lawyer. Weckler’s new hot shot lawyer then tells Peyton that there “is no tape” after “reaffirming” his client’s guilt.

Then next day the James Weckler is found dead in his prison cell after committing suicide.

With Blaine’s deception now out in the open, he has lost the support of Peyton and Team Z. Now he is just sad, depressed, and lonely. He no longer feels joy while lounge singing at the bar or while packing his Zombie Brain Lunch Boxes for his business. 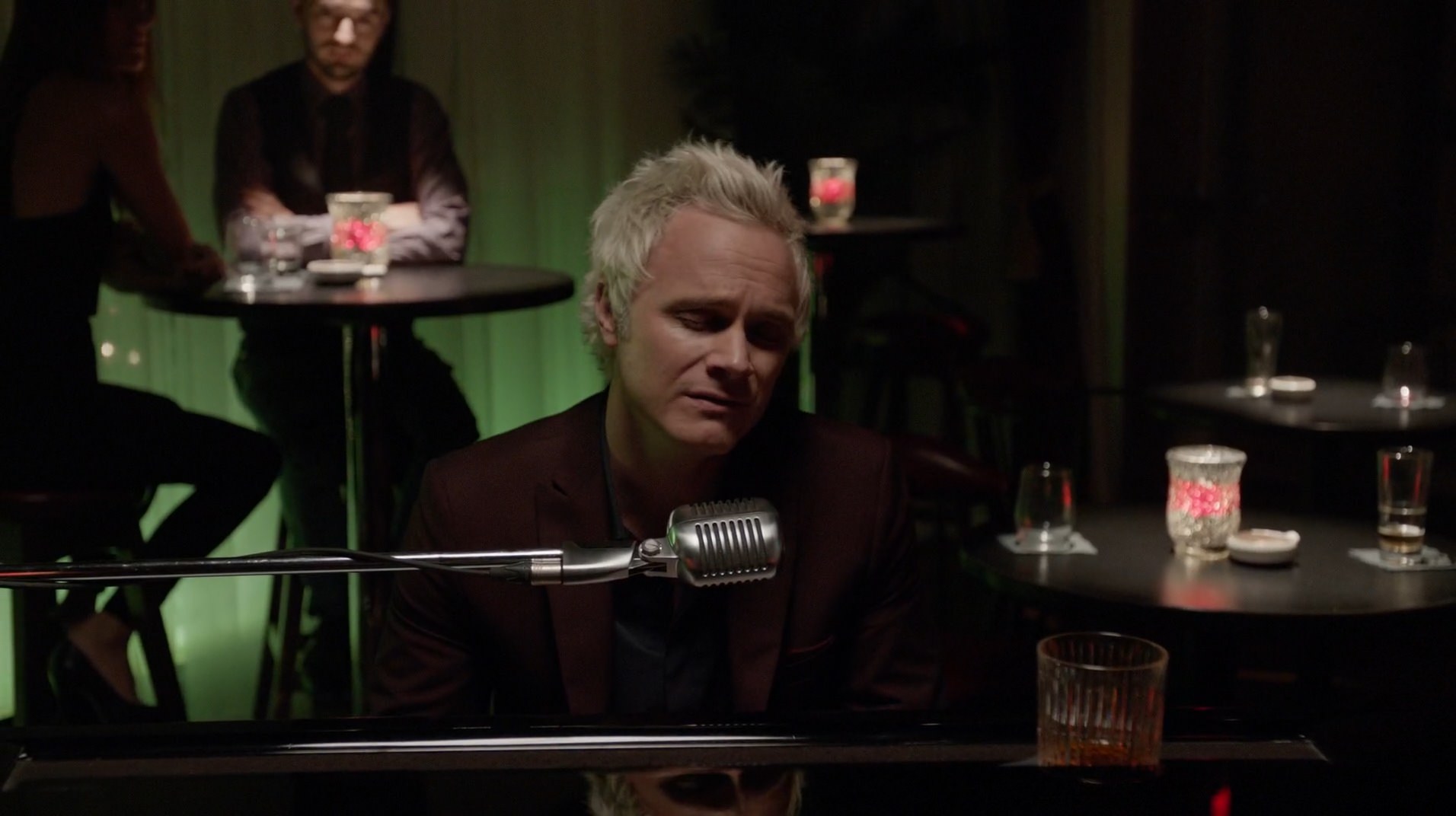 He is a shell of the man he used to be, or the man he was pretending he used to be, or the man he never was. One of those descriptions is probably right. So when Donnie and his boys break into the funeral home to steal Blaine’s brain business, he shows no resistance. His ever present self-preservation mode kicks into gear though when his father’s bodyguard gets ready to execute him and he offers the big guy a bunch of money in exchange for his life.

Although Major is now human he is still working for the all zombie FG army. He tries to hide his humanity from his troop, but his new best bud Justin figures it out. Two major things tipped Justin off about Major’s newfound humanity: 1) Major keeps declining Justin’s offer to eat goobily glop tub brains 2) he heard Liv and Ravi talk about giving him the Zombie cure when Justin brought Major to the morgue. When Justin points out how dangerous it is to be a human fighting in a zombie army when no one knows that he is a human, Major responds with “Well who else is going to hire a formerly suspected serial killer.” Here is my question, are there no other jobs that he could take at Fillmore Graves? I mean they run an entire CAMPUS. Who is keeping up their landscaping? Major has experience working with youth, why not have him work with the Zombie kids? There are SO MANY OPTIONS!

Meanwhile, Justin is crushing on Liv and asks Major to set them up. Major obliges and Justin and Liv spend an entire night drinking and talking about their lives during their stakeout/date at The Scratching Post. 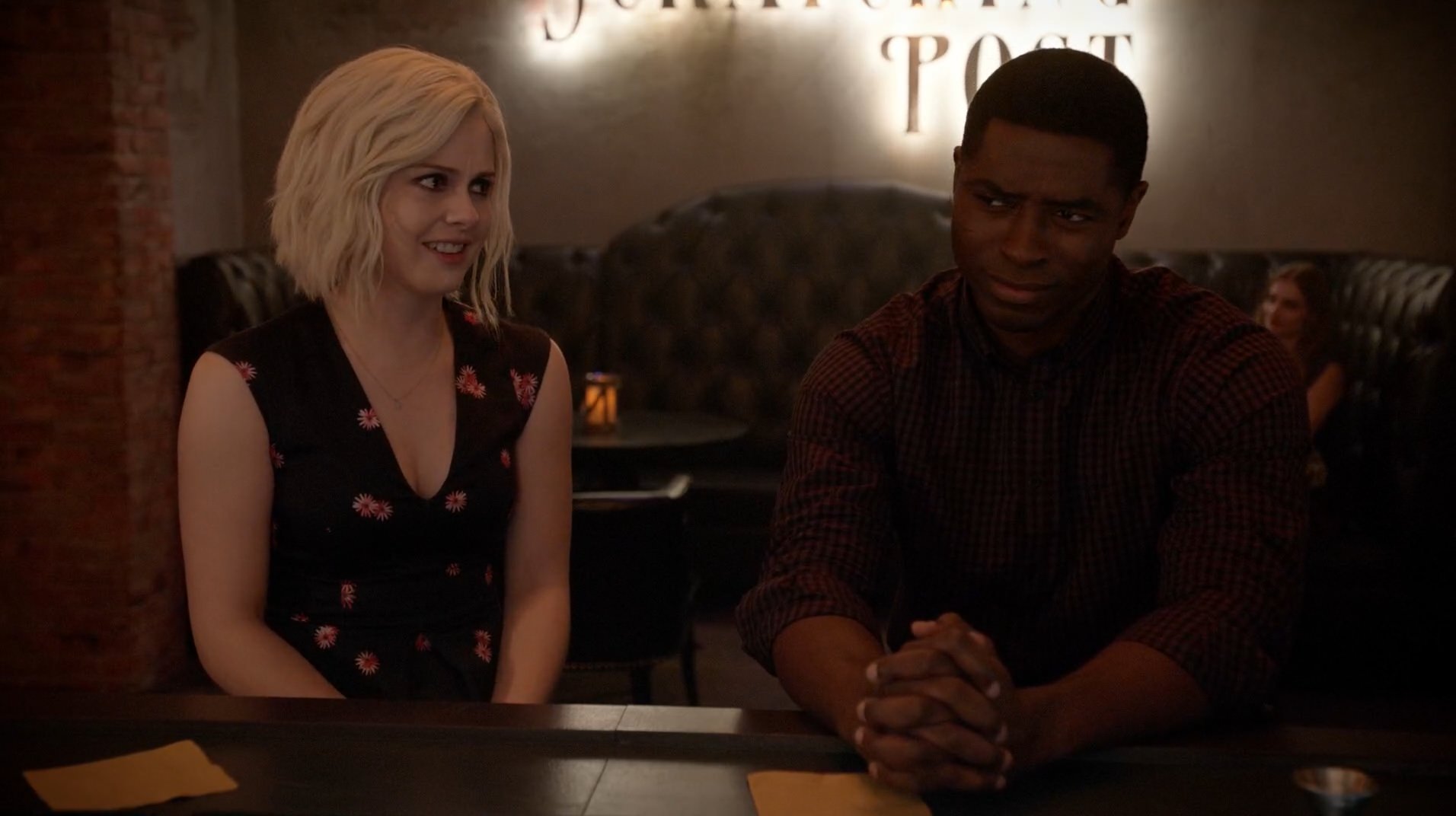 It is cute. I have wanted them to get together since Justin first showed up. As cute as they are, I can’t help but feel bad for Major. While he loves Liv, he knows that as long as he is human and she is a Zombie, they can’t be together. I just want to make a quick plea to the iZombie writers room. Please, please, please, please, don’t let Justin be the third (4th if you count Major) love interest of Liv’s to die!