ReviewsTVTV Reviews/Recaps
May 19, 2017
By: Bilal Mian

Before I dive into the 12 Monkeys Season 3 review, I need to address the giant elephant in the room – The Binge Weekend.

Syfy’s 12 Monkeys made a splash earlier this year when the network announced all ten episodes of the third season would air over the course of a single weekend. It’s a risky and unprecedented move from the network, especially since 12 Monkeys hails as one of Syfy’s flagship series. Unlike Netflix, who have the luxury of their own platform where they can dump an entire season of a show at once, Syfy’s gamble aims to have viewers tune in for three hours each night of the weekend. If you miss out on a night, the episodes will be available online the next day.

Does Syfy’s attempt at a binge weekend actually work as a concept? Absolutely.

Syfy has found a way to address Netflix’s issue of discussing a new season on the weekend of release. Recently, my wife and I ran into issues trying to discuss Netflix’s 13 Reasons Why with family and friends because everyone was watching at a different pace. No one wants to be the person who spoils the show for another person.

By setting dates and times to episodes, Syfy allows for a specific end point where fans who decided to participate in the binge weekend can discuss what they have just watched. And trust me, fans who are watching live on Sunday, May 21 will collectively lose their minds as the clock strikes 11 PM.

Now onto the review. 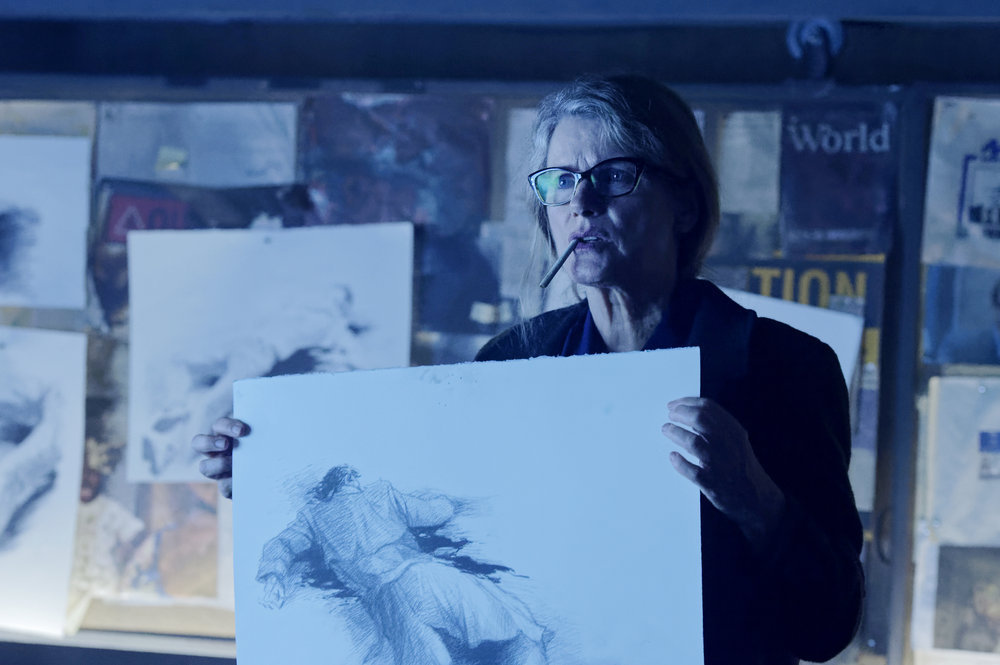 Picking up months later, the opening hour of the third season of 12 Monkeys finds James Cole jumping through time across the planet in search for Cassie, who was taken captive aboard Titan, the time-traveling city that serves as the headquarters of the Army of the 12 Monkeys. It was in the final minutes of last season, with Cassie stranded on Titan, where it was revealed that her unborn child was, in fact, the series’ antagonist, The Witness.

The concept of family plays a big part when it comes to the birth and identity of the Witness. The Army of the 12 Monkeys plan to raise their messiah as the man who is destined to destroy time. Cole and Cassie, on the other hand, must come face to face with the thought of having to kill their child or possibly save him from his fate.

It’s this struggle that lays the groundwork for one of the best seasons of sci-fi television I’ve seen this year.

Loyalties and friendships are tested. Death shows its face time and time again. 12 Monkeys Season 3 is on a straight shot course towards the finish line with a confidence that is rarely seen on television. Episode after episode, it’s clear that the writers have their vision and they aren’t going to waste a minute of the time they have left when the series comes to an end next year with its fourth season. Too many times we’ve seen shows bog themselves in more questions and mythos *coughLostcoughBattlestarGalacticacough*, 12 Monkeys instead uses the pieces they’ve already established to craft their narrative as they head into the endgame.

This season you’ll get a better look at the Army of the 12 Monkeys and their hierarchy. Newcomer Hannah Waddingham delivers a fierce performance as Magdalena, a high-ranking member of the Army of the 12 Monkeys who is the assigned protector of The Witness. Waddingham serves as a menacing antagonist to Cole and Cassie as her methods to thwart their plans are among the most amusing and time bending we’ve seen yet.

While the season comes with a serious tone, there is still time for levity thanks to Emily Hampshire’s continuing incredible performance as Jennifer Goines. Her antics include a musical number to 99 Red Balloons, time-travel plagiarism in the greatest form, and an episode revolved her plan for a heist. For fans looking for a bit of romance, there are some touching moments shared between Cassie and Cole as well.

One of the greatest achievements 12 Monkeys accomplishes this season is to tell the story that it sought out to tell. It’s immediately clear that this was a season not worried about cancellation (though if it was canceled, it would probably have been the worst cliffhanger for a show to ever go out on in television). The third season is filled with spectacular standout episodes with Brothers, Nurture, and Thief. All this leads up to Witness, which is filled with non-stop twist and turns. You’ll be left kicking yourself for not seeing all the pieces of the puzzle the writers have laid out over the course of the series. By the time the credits roll on the season finale on Sunday night, most of you will likely join me in finding a way to splinter ourselves to the 12 Monkeys Season 4 premiere date.