ReviewsTVTV Reviews/Recaps
May 5, 2017
By: Alyssa Berkowitz

Brain of the Week:

Liv does her best to mask the blue chemical infused brain by breading and frying it because frying makes everything taste better. 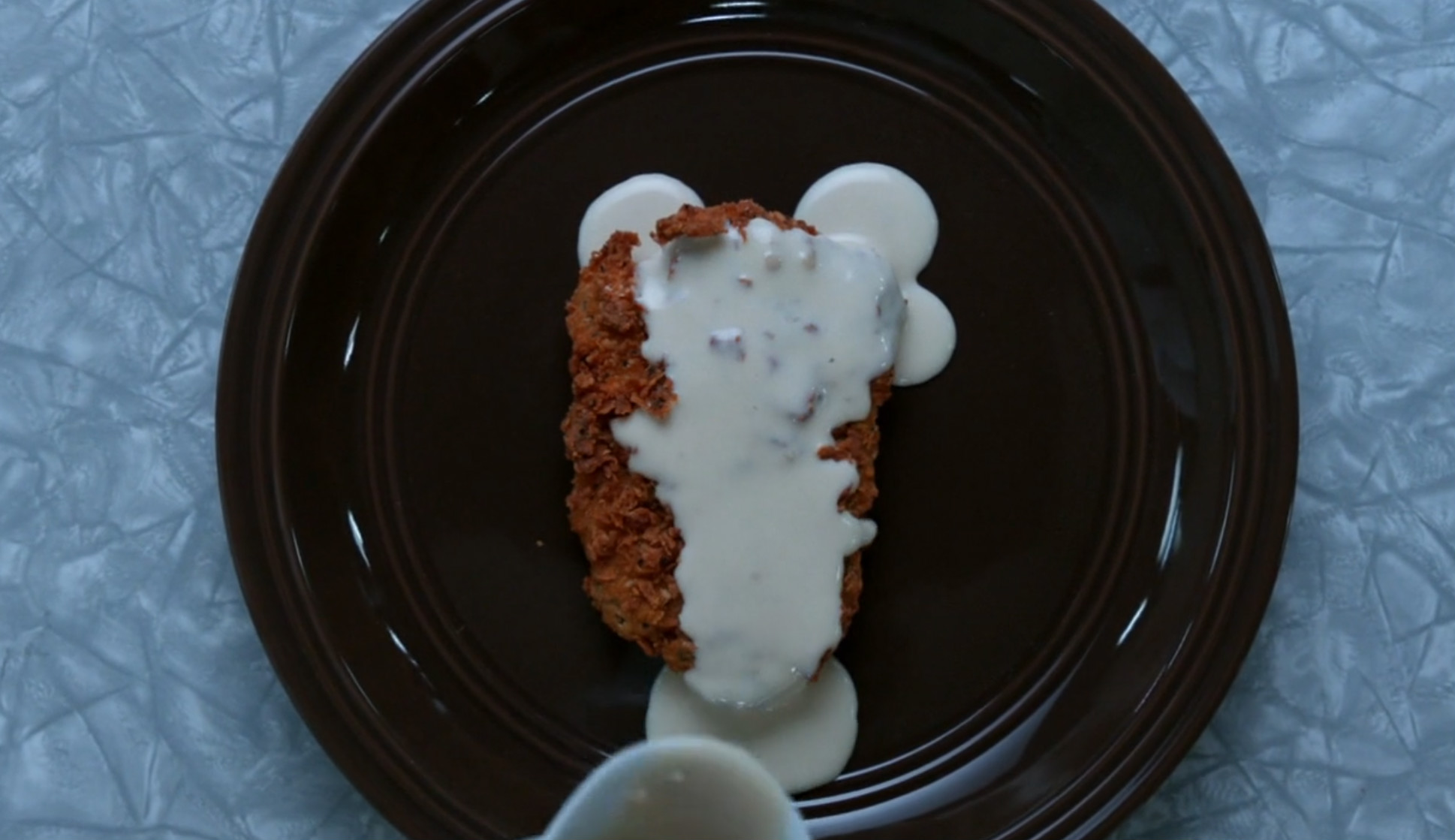 While at the crime scene/sex dungeon Liv and Clive discover that Sweet Lady Pain had been secretly taping her “sessions” and that the memory card for the hidden camera is missing. Liv also realizes that Ravi’s experiments somehow altered Sweet Lady Pain’s brain to induce longer and more intense vision that don’t need a trigger occur. Luckily for Liv, and the case, this results in Liv getting a visual of Ms. Pain’s clients (aka potential perps). Some of the clients Liv is able to identify on her own such as Floyd Baracaus (the Zombie running for Mayor), Johnny Frost (the sleazy news anchor) and Brandt Stone (the sleazy defense attorney).

For the clients Liv is not able to identify, she recruits Jimmy the “Sketch Bitch” for assistance. 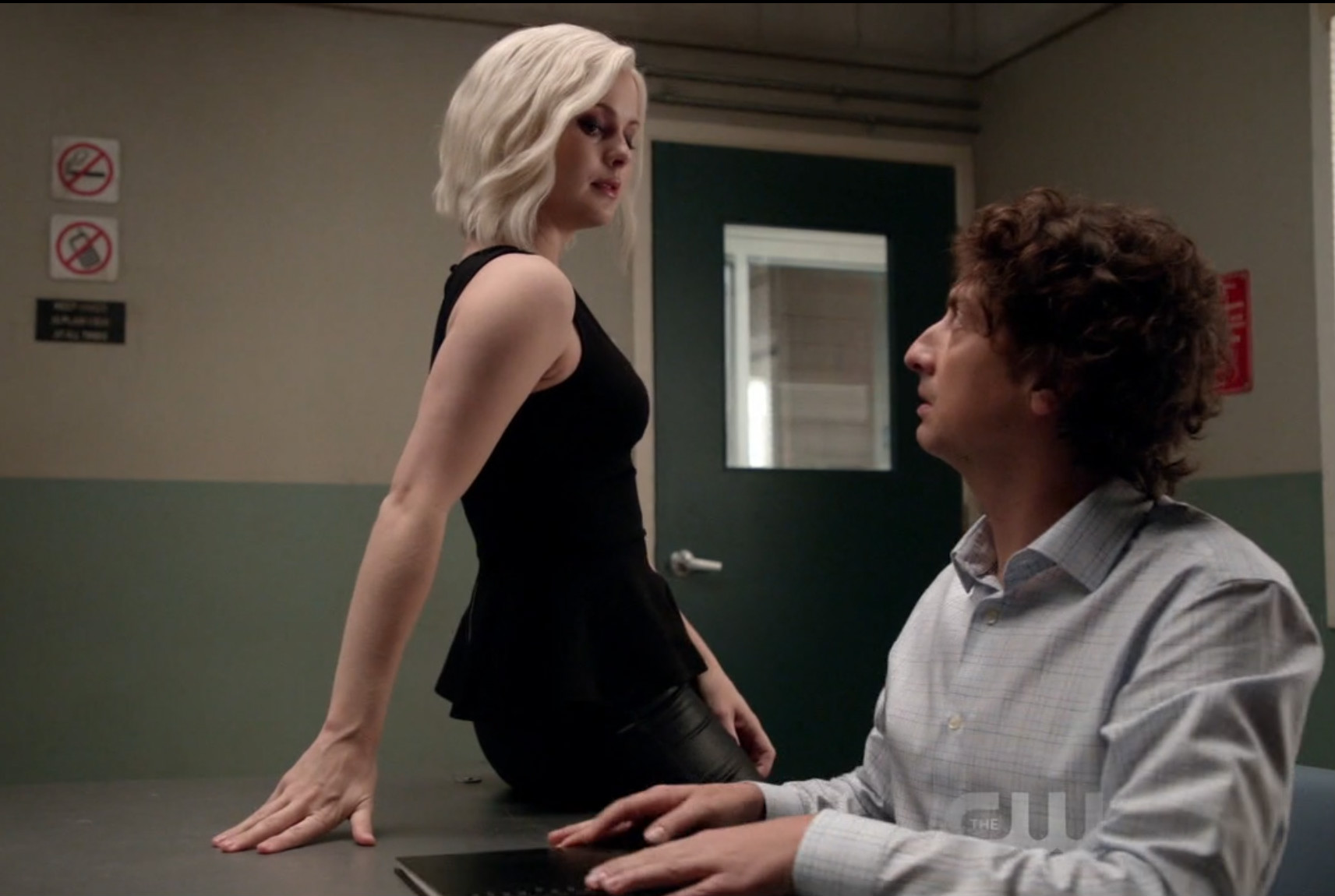 Liv: “Be a good little sketch bitch and pick up the pad”

And Sketch Bitch is digging it. Even after Liv calls him pathetic, yells at him for any backtalk, and only allows him to have two swallows of his soup for lunch, Jimmy asks Clive whether or not Liv is single.

Johnny Frost comes back to the precinct represented by Brandt Stone and admits that a former client of Ms. Pain has been using the sex dungeon videos as blackmail. Using the sketches provided by Jimmy, the team identifies who the blackmailer is and sets up the most ridiculous sting operations in the history of the world. Liv and Ravi are playing a cute couple just taking a nice awkward stroll through the park. The fact that they bicker over the size of Ravi’s smile and the speed and length of their gait doesn’t make them stand out at all. Frost looks like he is about to shit himself as he is standing around with a conspicuous manilla envelope waiting for the drop-off. And then there is Clive who is wearing an old-timey Ice Cream Man uniform while pushing an old timey ice cream cart. It makes no sense. Who cooked up this plan? In the end, Clive’s alias saves the day when he uses his ice cream cart to catapult the blackmailer off of his bike. 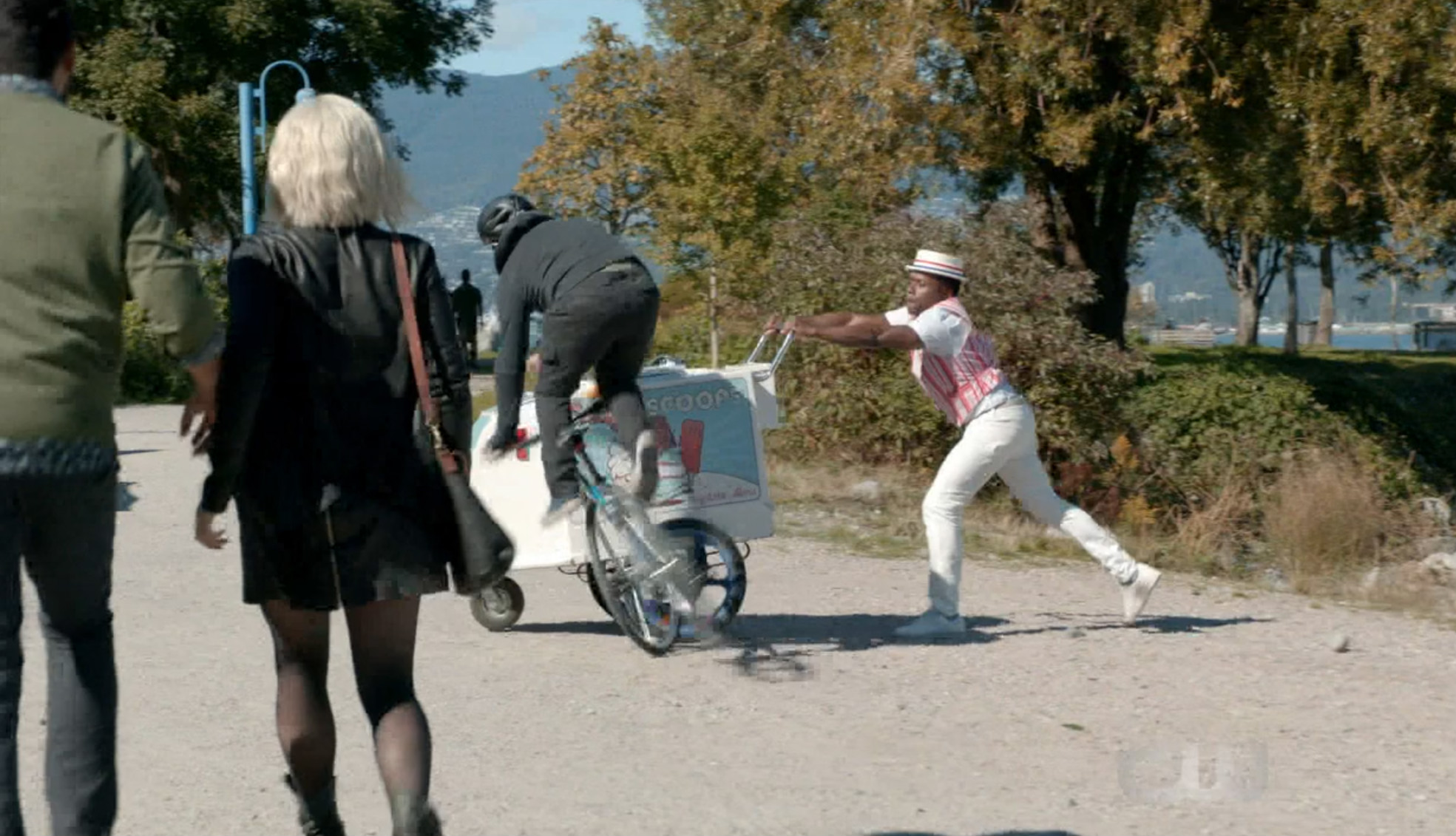 In the interrogation room, Liv plays the role of the bad cop (breaking the security camera and all) and the perp confesses almost immediately blurting out “fine I did it for all the reasons you said.” This guy totally just gave a false confession because he was intimidated by Liv, right? I mean, it felt like the confession was forced and false, but there was no follow-up. The storyline ended with the confession. If this dude is going to come back later in the show I guess I am okay with this. If not, this was an abrupt and lazy way for the iZombie writers to close the storyline.

Fillmore Graves vs. the Anti-Zombie Militia

In addition to solving the crime of the week, Clive and Liv are still “covertly” investigating Wally’s death. They hit a little snag though when Harley Johns informs Det. Cavanaugh that “a black cop and his pale partner” paid him a visit. Cavanaugh is upset that the dynamic duo interfered with his investigation and warns them to back off. 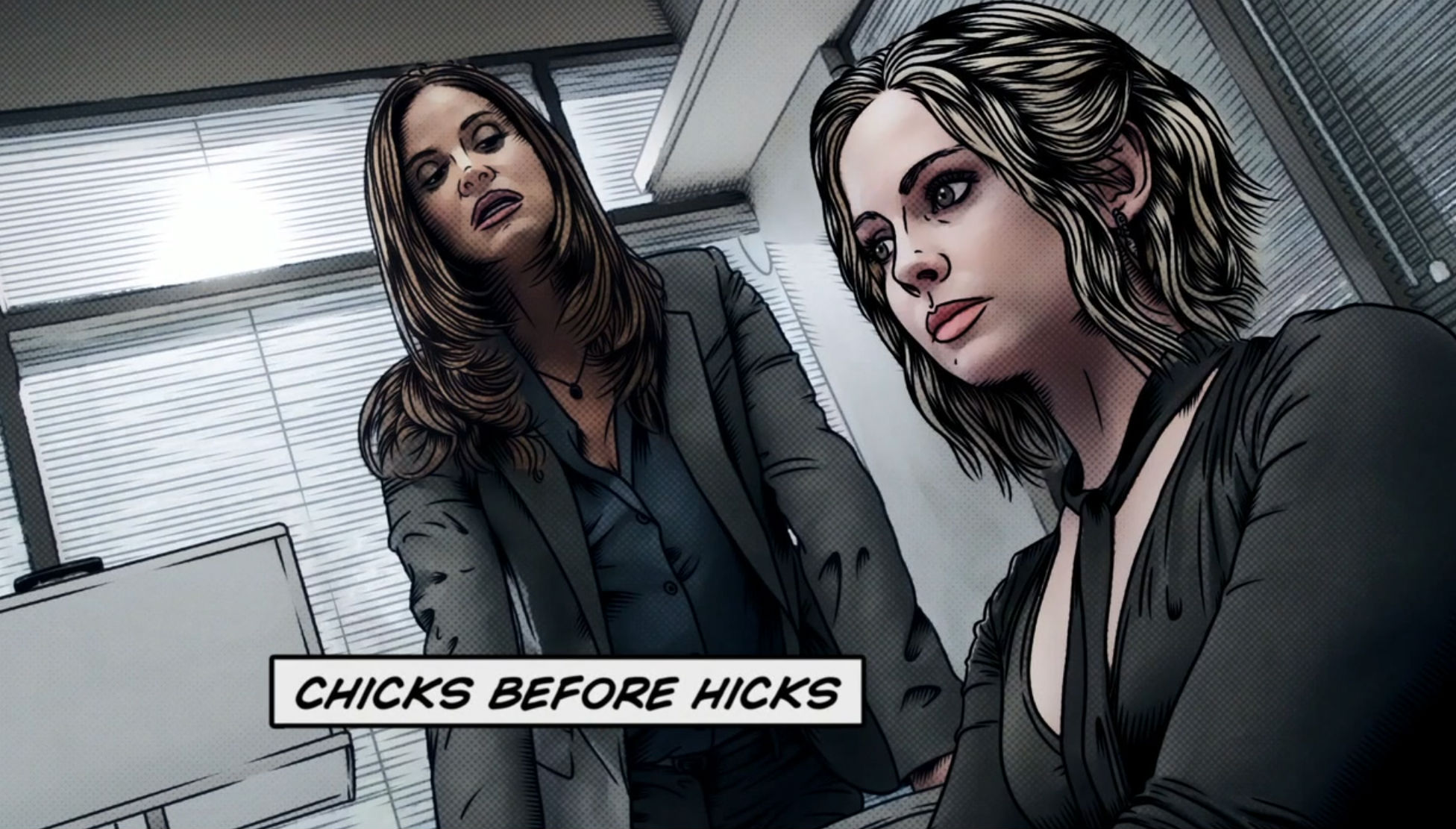 Instead of backing off, Clive decides that it is time to get serious and enlists the help of Vivian Stohl! Oh Vivian, how I love/missed thee. Vivian concocts a beautifully brilliant plan to deal with the “Harley Johns the Zombie Hunter” problem. Viv invites Mr. Johns to FG under the guise of offering him condolences/financial reparations for his brother’s death. What Vivian and her two number twos really want is to find out what Mr. Johns knows about Zombies, and have some commandos bug his truck.

Vivian spins a fabulous yarn about how some of their employees were exposed to the “virus” at the Max Rager party and now they only want to eat brains. As a concerned employer, she needs Mr. Johns expertise in order to help protect her employees. Johns buys the story and spills all of his Zombie knowledge and his plans  to exterminate all Zombies.

Major starts off the episode overseas in the throes of war, or combat, or something. Even though Major got stabbed 34 times, the FG soldiers were able to save the Americans they came for and bring home a bunch of brains to mash up and eat for dinner. So their mission was a success.

When Major gets back home from the mission, his symptoms from Zombie Cure #1 become too much for his body to handle and he collapses. Thankfully Justin (his new FG commando friend who I want to get together with Liv) is there to bring him to Ravi and Liv. The time has finally come to give Major the new Zombie cure. Well, almost. They need to wait for Major’s zombie body to heal the 30+ stab wounds he sustained in battle because once he is human again, that shit will kill him. So he has to wait for his Zombie body to heal his wounds.

As they wait, Liv stays by Major’s side as he grapples with his impending future, or more accurately, the lack thereof. He makes Liv promise to remind him every day about how much they loved each other, and tell new Major about the first time they kissed. On that note, he wants Liv to give New Major a new name, one that is less silly. Even in the last moments of his life, Major is able to keep his optimistic sweetness that makes him so special:

Major: “There’s one silver lining to forgetting everything”
Liv: “What?”
Major: “You’ll knock me off my feet all over again”

The two look into each other eyes and decide to spend what could possibly be their last night together, together. 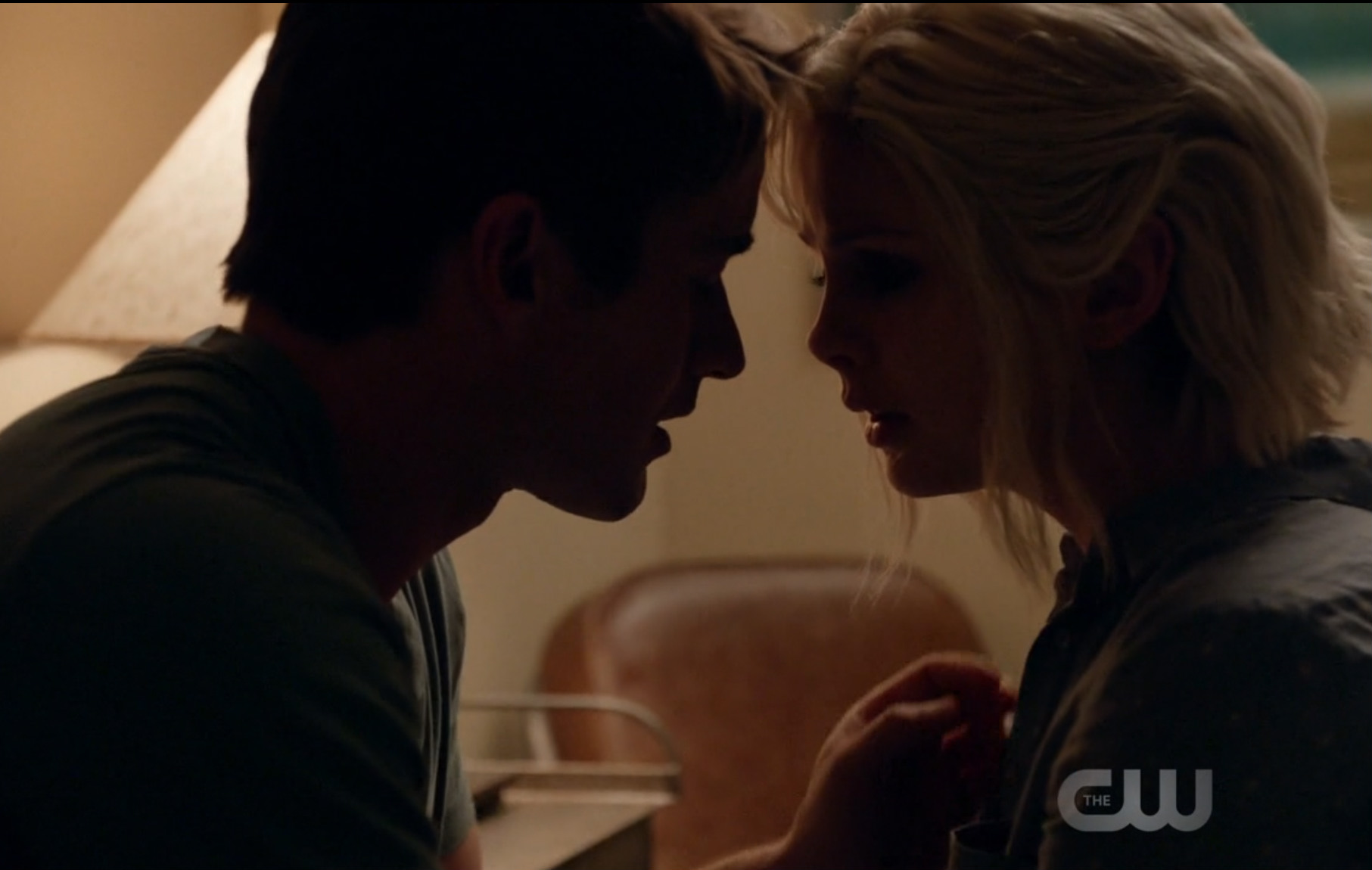 The next morning with the two most important people by his side, Major receives the Zombie Cure and hopes for the best. Even though I have known that this moment was coming since the beginning of the season, it wasn’t until Major actually needed the cure that the potential loss of Major hit me. It took everything inside of me to not start sobbing while Pearl Jam’s “Just Breathe” starting playing in the background.

This was also the first time this season that I genuinely felt bad for Ravi. And if you have read any of my recaps, you know how little I think of Ravi so far this season. No matter what Ravi does, he is about to lose his best friend. If he doesn’t give Major the serum, he will die. If he does give Major the serum, all of Major’s memories will be erased. Major will be physically alive, but will no longer be himself. It felt like someone had punched me straight in the heart as I watched a teary-eyed Ravi mentally prepare himself for what he had to do. 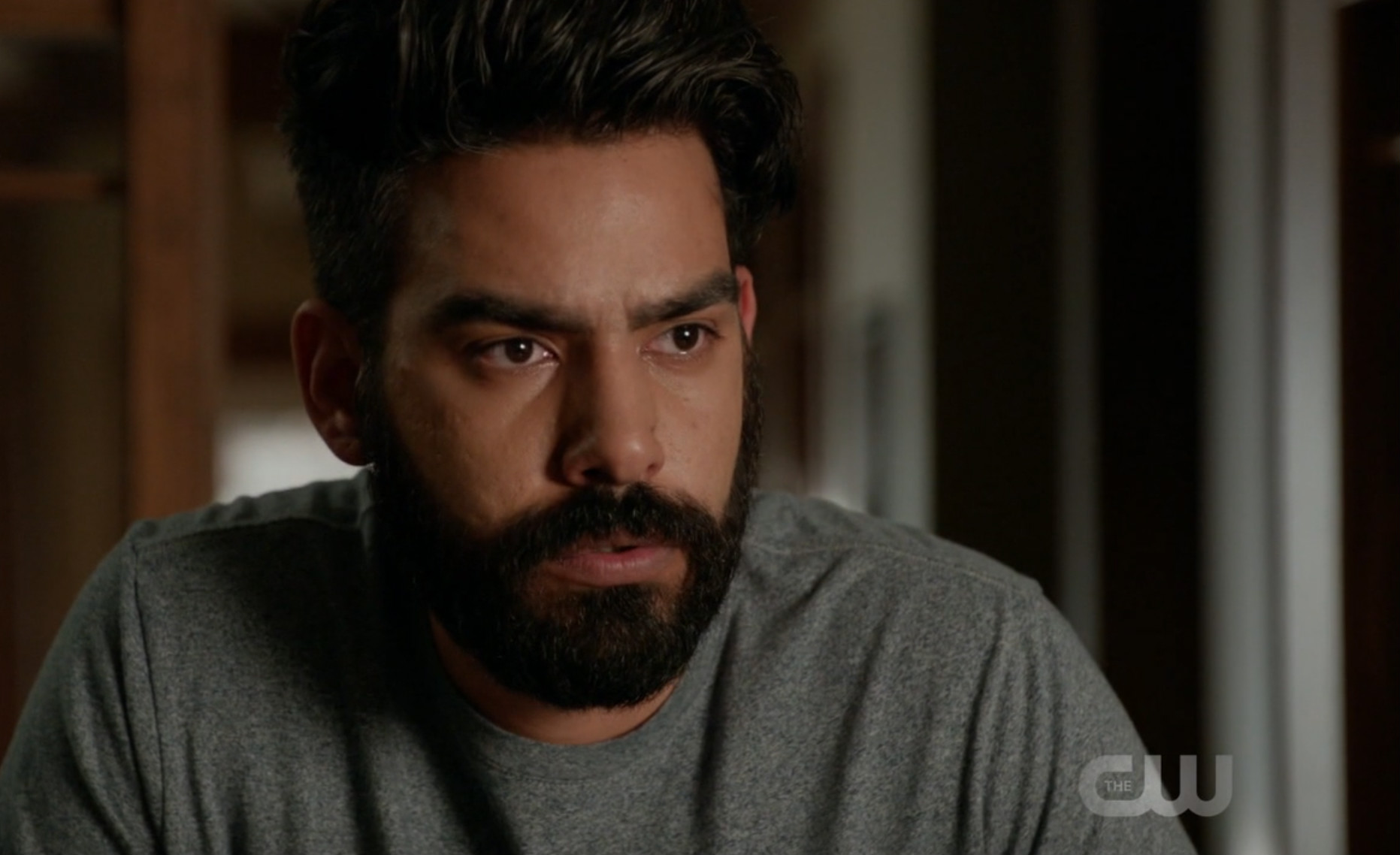