GUYS, iZOMBIE IS BACK!!

The season premiere of iZombie, “Heaven Just Got a Little Smoother,” begins exactly 2.8 minutes after last season ended (that is 2 minutes and 48 seconds for anyone wondering), in a sad reality where the artist Rob Thomas is no longer alive. But there is no time to grieve because Team Z and Vivian Stoll need to come up with a cover story:

Liv: “We should go with something close to the truth.”
Clive: “A zombie outbreak?!?!”

Liv concedes to Clive’s point, but that does little to calm his nerves. How will they explain the reappearance of the Chaos Killer’s victims? How will they all keep their story straight? What about all of the evidence left on the hundreds of dead humans and zombies in the Max Rager basement?

Don’t worry Clive, Ms. Vivian Stoll has it all taken care of. First, Chaos Killer victims will be bused to the Fillmore Graves (FG) campus where they will get debriefed. And for that second concern, Vivian is setting a bomb off in the Max Rager building as you speak. Move over Olivia Pope, there is a new fixer in town and her name is Vivian Stoll! 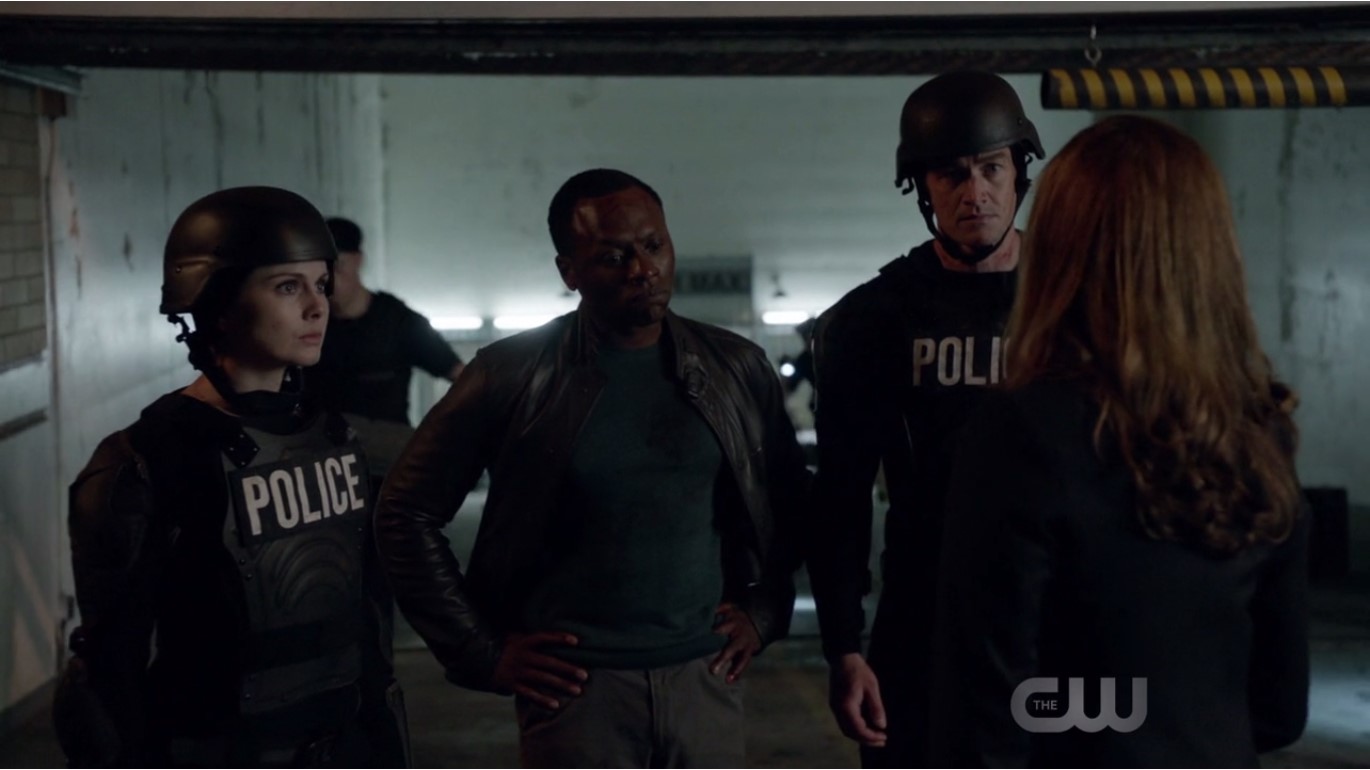 The cover story that the team decides on is this: Major, the former Chaos Killer suspect, had a tip on where the chaos killer stashed his abductees. So the police, plus a murder suspect, plus a random Assistant M.E. used the Max Rager party as a cover to find the victims. It is not the best cover story in the world, but it is in no way the worst.

Meanwhile, Peyton, Ravi, and Blaine Doe have to answer questions about their own murder scene on the other side of town. Detective Cavanaugh collects all of the details: Blaine Doe has feelings for Peyton; Mr. Boss kidnapped Peyton to lure Blaine Doe out; Blaine Doe saved Peyton (and killed four people); Ravi stayed safely in the car being useless the entire time.

The No Secrets Club

After their absolutely terrible no good night, Team Z reconvenes at Liv’s apartment, which apparently also doubles as a fully stocked bar. 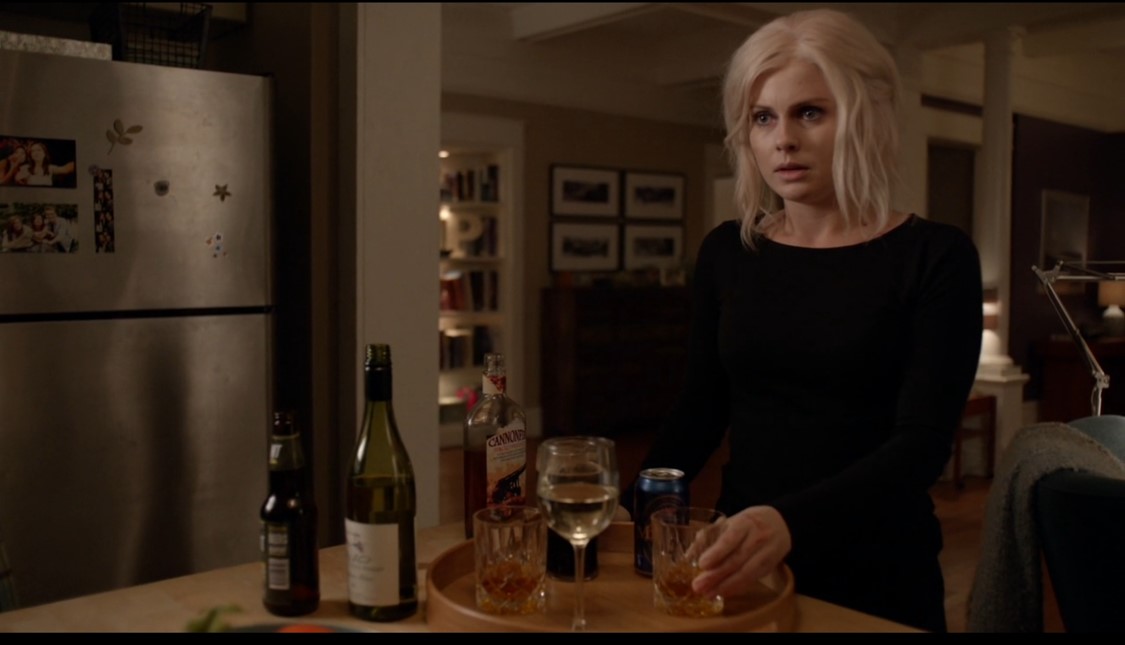 Here is each person’s drink order:
Peyton-White wine
Ravi– A dark ale in a tall glass (because he is British of course)
Clive– A beer in a tin can (because he is not British)
Major and Liv– Spiced Whiskey

With drinks in hand and Peyton’s one night stand with Blaine out in the open, Liv declares that from here on out, Team Z is officially a Secret Free Zone.

Keeping in the new spirit of honesty, Liv tells the team about her interaction with Vivian. You know, that time Viv casually revealed that she plans to make Seattle the Capital of the Zombie Homeland. Clive does not feel comfortable keeping this information a secret. What if humanity’s fate rides on him NOT keeping this a secret? What if he is known as a villain in all future textbooks? Ravi astutely points out the that since the zombies are going to win, Clive will probably be regaled as a hero aka “who lives, who dies, who tells Clive’s story.”

Blaine’s former henchman Donnie is still extremely skeptical of Blaine’s “memory loss,” and after being shot several times has an “epiphany.”

Ugh, I hate that I don’t know whether or not Blaine is faking his amnesia! That seems like a whole lot of work just to keep his business up and to court Peyton. But later we see him removing brains from a corpse, so I don’t know what to think!

Meanwhile, Donnie finds Blaine’s father in a freezer and comes up with a new brilliant idea: defrost that sucker and start a new Brain Selling Empire with Papa Blaine. And how does Donnie decide to defrost the body? With a freaking HAIR DRYER. Seriously? A hair dryer. There are so many better ways to defrost a body, like say run it under hot water in the bath/shower. But, to add another layer to his stupidity, Donnie is just waving that blow drying around Mr. DeBeer’s feet, as though that is the most useful body part in this situation.

To further investigate this whole “Seattle Zombie Homeland” thing, Clive, Liv, and Major meetup at the Fillmore Graves campus which has its military and school system.

Vivian fills them in on Fillmore Graves primary mission, preparing for D-Day (Discovery Day): the unfortunate, yet inevitable day that humans discover that Zombies exist. Does Team Z think humans and zombies can live in harmony? Will humans help zombies procure brains to survive? When Clive broaches this exact subject, he immediately proves Vivian’s point. 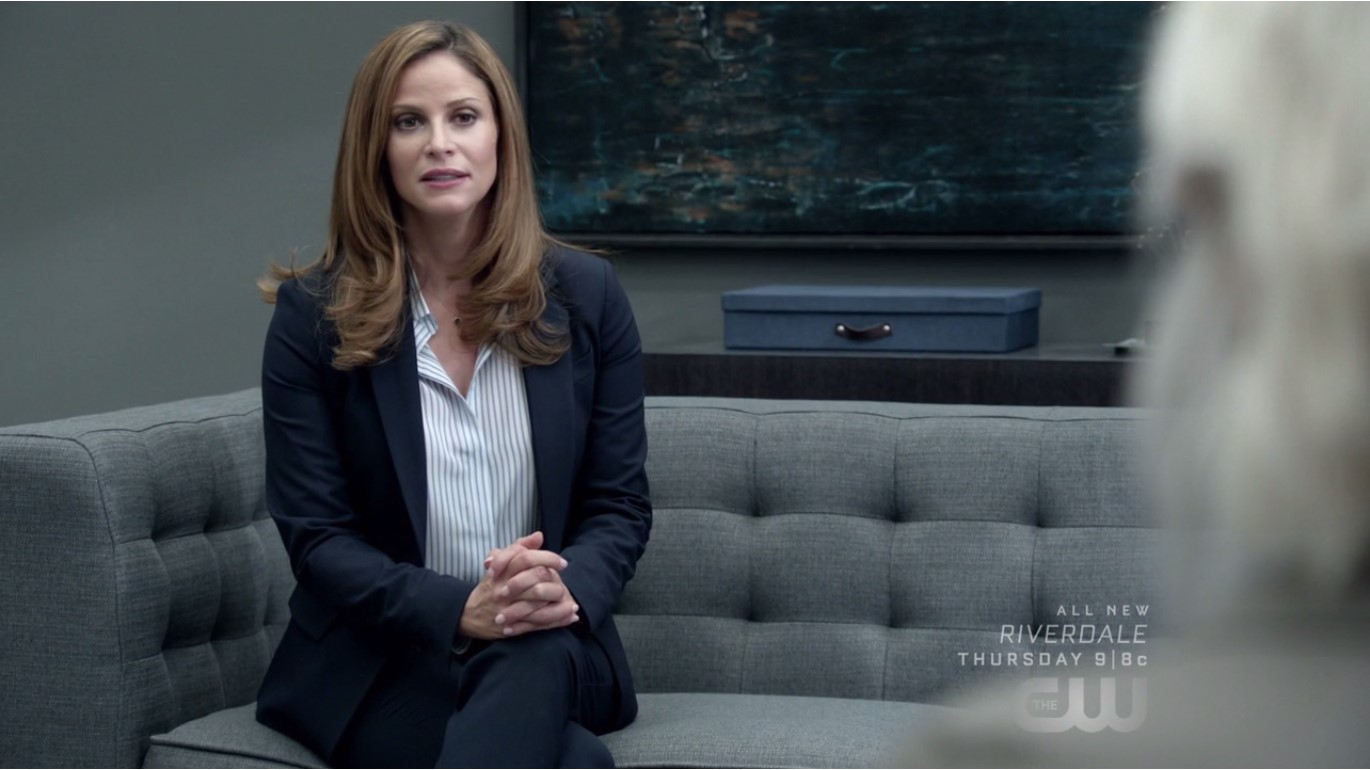 While giving the crew a tour of the FG grounds Vivian tells them her Coming-of-Zombie story. After her husband had been scratched, he wanted to leave her to keep her safe. Instead, Vivian scratched herself while he was sleeping so they could forever live a blissfully undead life together. This blissful undead fairy tale was cut short though when her husband’s former extortionist brain dealer killed him.

As for the rest of FG’s undead employees, that is a different and much more complicated story. A dozen or so FG soldiers were sent to Ecuador to save people or something when an evil Ecuadorian general detonated a biological weapon that infected them all. A week or so later, during the annual FG 4th of July party, the soldiers started developing lesions and became super contagious. So to save them, Vivian scratched them all.

After a day of revelations, Liv heads back to the morgue. Although she is hungry, she is afraid that if she eats a new set of brains her current soldier brain will wear off. The Janko brain’s ability to compartmentalize and suppress her emotions is the only thing distracting her from the fact that she shot and killed her boyfriend the previous night. Ravi wishes that he too could be a Zombie so he could eat a soldier’s brain to take away his pain. Ravi is dealing with an emotional crisis as well. Just like Liv, he too is suffering from heartbreak since his ex-girlfriend slept with another man AFTER they were broken up. He is also hurt by the fact that this other man had the chance to save Peyton’s life while he just sat in the car. Because, what is the point of having the person you love be alive if you are not the one to save them? Am I right?

Ravi: I have this movie in my head, of the object of my affection, my precious dear sweet, smart Peyton in the throws of passion with oily teen murdering Blaine.
Liv: Get over it… You called her ‘my precious.’ You don’t plan on throwing her in Mt. Doom do you?”

But Liv’s Janko brain can only last so long and when it starts wearing off her pain over Drake’s death hits her like a ton of bricks.

Even though Major is technically cleared of all the Chaos Killer allegations, it does not mean that the public accepts his exoneration. His home is getting vandalized, his face is scattered throughout the media, and barista’s are passive aggressively shunning him. This leads to my favorite cut screen of the episode. I mean this is just brilliant. 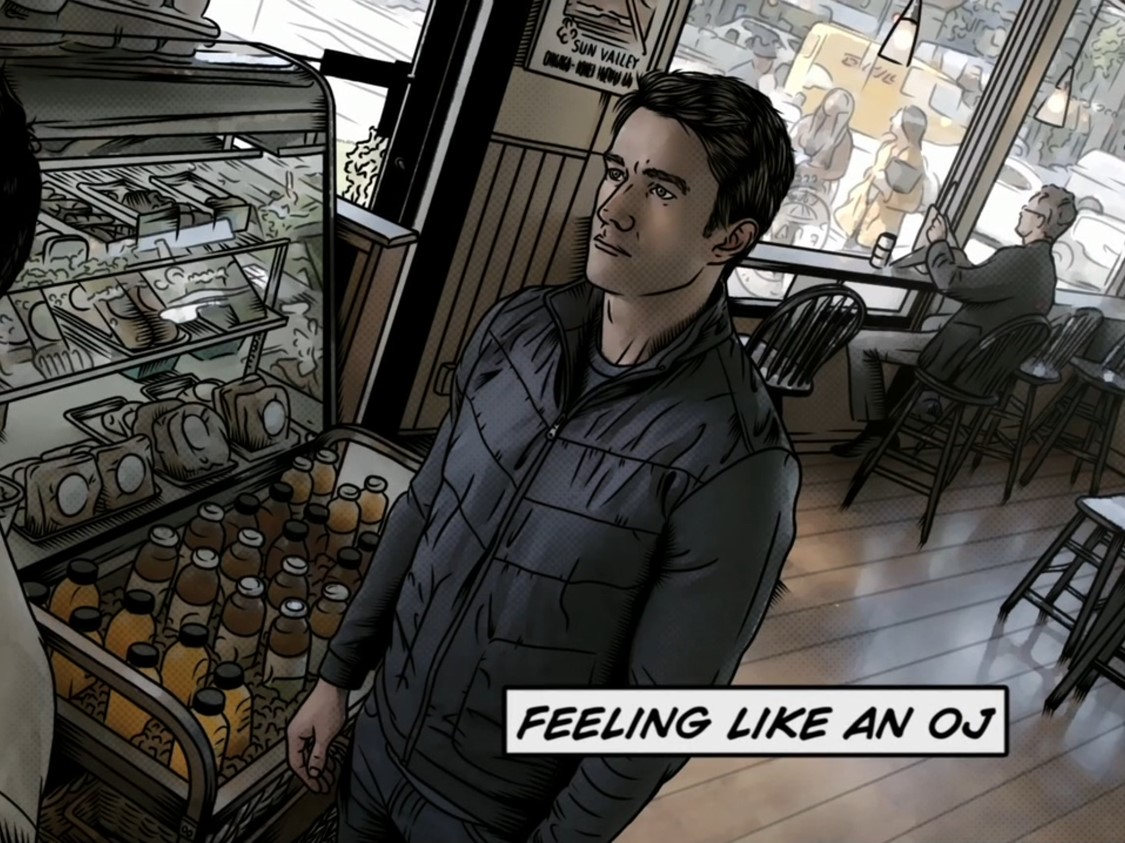 Because of all of the above, Major decides to join the Fillmore Graves army.

Meanwhile, the reality of D-Day becomes more and more plausible when a guard who escaped the Rager Max party starts telling his account of brain eating monsters on air. Liv and Clive rush to the radio station to nip this story in the bud, but not only are they too late, but their presence also makes the conspiracy theory sound more credible. AKA, they just made shit a whole lot worse because listeners start calling in with their own zombie stories.

Up until the point, Clive has been on the fence about aligning with Fillmore Graves, but that all changes when his former neighbors, including their ten-year-old son, are executed for being Zombies.

Additionally, the impending Zombie Wars present a moral dilemma that Team Z has to deal with as a group. Last season primarily revolved around Major and his moral dilemma of kidnapping Zombies. But now, each character has to decide, when push comes to shove if they will protect the safety of humans or the safety of zombies.

Previous article
‘The Magicians’ Review: Field Trip to The Underworld
Next article
No, ‘Mass Effect Andromeda’ Isn’t Like An Early Access Game