‘The Magicians’ Review: Field Trip to The Underworld

In this week’s episode of The Magicians, Julia and Quentin take a field trip to the Underworld and find some shades!

Jules and Q track an ancient one deep in the depths of the New York sewers. A dragon (or Queen of the Great Wyrms) has burrowed deep underground where she has hoarded gold, baby teeth, and all sorts of knickknacks. The creature eventually agrees to give them passage to the Underworld, but first requires a gift. She asks for the enchanted button that allows Quentin and the gang to travel back and forth from Fillory to Earth. Julia say no but he decides to give it up, saying that they need to get her shade back. With a deal struck, the dragon explains that they will have 24 hours where in their souls will travel to the land of the dead. That time period because their bodies will remain in her keep and she snack on them if they go past the time limit. She is a dragon after all.

The two friends find themselves in a nondescript elevator and discover that the Underworld starts in a terrible hotel lobby where you must take a number and wait to be seen. They soon notice that a dead human with some of his shade missing is swiftly taken somewhere for safety and so they decide wisely to be silent on Julia’s status. When they get to the receptionist after their number is finally called, he sees that they’ve died 39 times and so their paperwork is going to take awhile to get processed. Somehow the duo makes their way to a bowling alley and meet Richard and the rest of Freetrader Beowulf who were previously killed by Reynard. Jules explains to Richard why they are there and luckily he is able to help them since he is looking for his son’s shade himself. The magician shows them what he’s been able to map out of the Underworld so far. 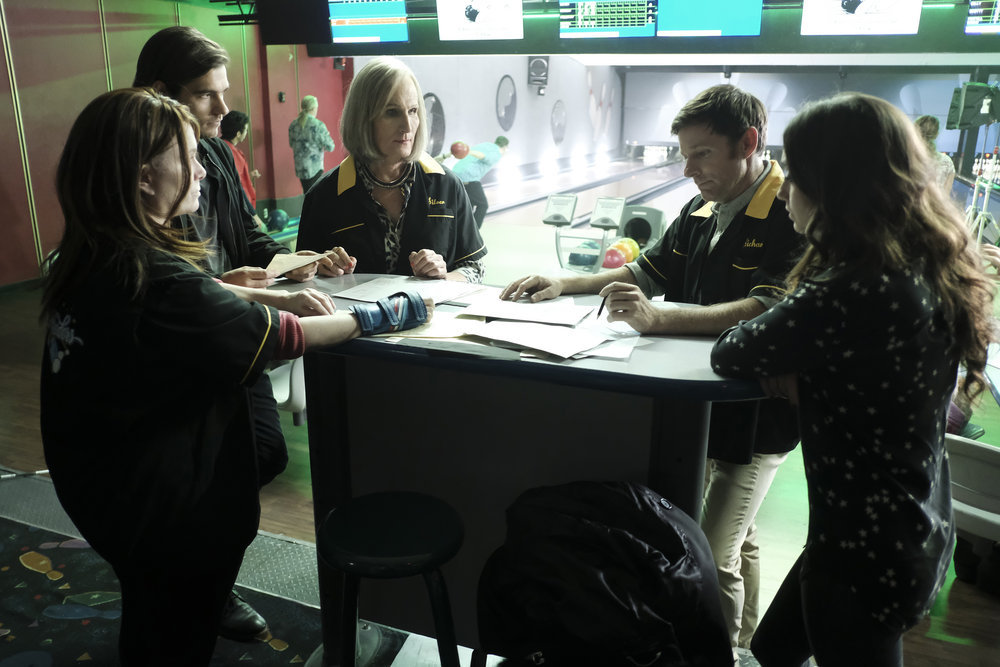 Richard then serves as distraction so that Q and Julia can sneak into the receptionist’s desk to find out where the man with the missing piece of shade went too. However all they saw was a note that said E. The hedge witch realizes that it must stand for Elysium, where the gods Persephone and Hades live. Strangely though they apparently vanished some years back and hadn’t returned since. The twosome make their way to the big house and encounter lots of young shades creating mini miracles on Earth. They ask one of them if they’ve seen a girl who’s always getting into trouble and he recognizes who that could be. He begins to lead them upstairs when Julia notices a painting in the hallway. The young shade says that is Persephone though he hasn’t seen her in a long time. The witch recognizes the woman though as Our Lady Underground, the deity she and her friends were trying to summon only to get Reynard.

Julia goes into one of the rooms that looks like it could be Persephone’s. She sees a coin with the symbol of Our Lady Underground and is startled by a noise coming from the closet. She puts the object into her pocket and tells the shade in the closet not to be afraid, thinking that it was hers. Surprise!! It’s ALICE!!!!!! Q enters the room with Julia’s shade in tow and sees his lady’s soul and it’s a bittersweet reunion.

It looks like the two shades became friends during their time in the Underworld. Shade Jules tells Julia that shade Alice talked about Quentin all the time. The hedge witch asks if they could take the other spirit with them but her younger self shakes her head sadly. When Julia tells Q that it’s time, he explains that this is the reason why he could never get the math to work. He was missing Alice’s shade in his equations to revive his ladylove back from the dead. The shade in question says that they’ve got to go now and can use a portal in the closet that will take them back to reception. She says that she’s glad they were able to say goodbye. Q tells her that one day he’ll be back here for good and that he’ll find her. 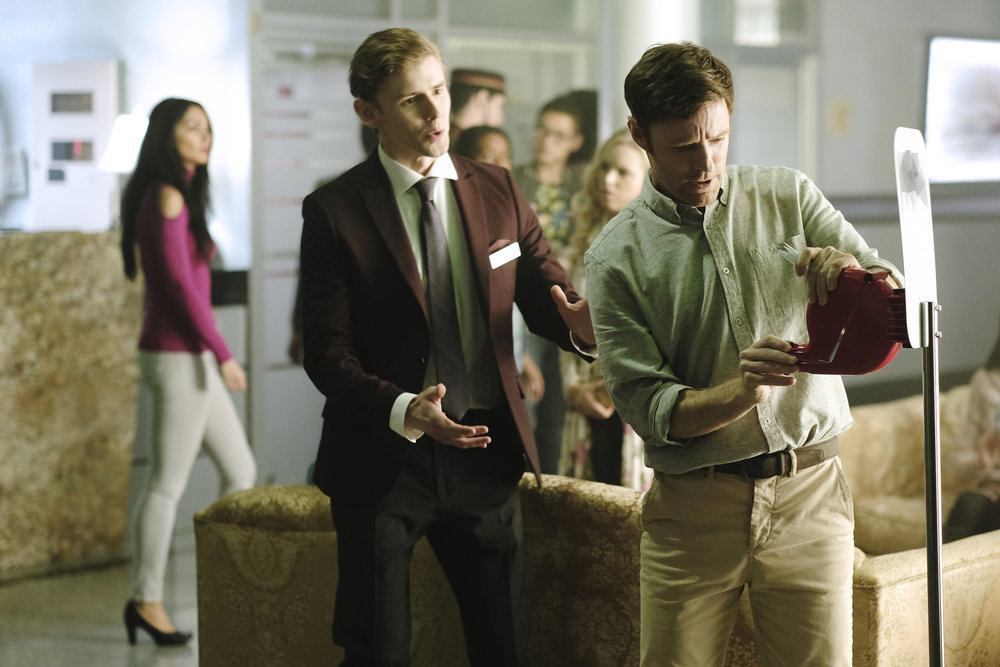 Julia tells him to go through first and he holds the elevator door. When she emerges however she’s not bringing her own shade but Alice’s. Q is shocked because they were here for her shade and the hedge witch shrugs saying that things change. I wonder if the contact with her own humanity allowed Julia to feel again temporarily and so she knew that she had to do this for her friend. She confirms that she knows this is her one shot and this is what she wants to do with it. Oh Julia, you are giving me severe warm and fuzzy feelings.

After everything’s she’s been through it seems like she’s genuinely trying to atone for her past actions. She was indirectly responsible for Alice’s death and in this way she can help Q get the other magician back. Julia is sacrificing her own chance at being whole again for someone else’s sake and it’s pretty darned amazing considering that she appeared to be well on her way to becoming the next Martin Chatwin.

It was also really interesting to see all the shades performing miracles in the name of Our Lady Underground. They are likely responsible for the small bits of magic that happen when people pray to the deity. Did the goddess bring in all the lost shades to Elysium to do this so that she could do other things with her time? But if so what exactly has she been up to? Speaking of which, we also learned in this episode that Reynard has a deep history with Persephone. The trickster god called her an evil bitch who left men and gods alike after his son asked him if he did all those awful things to the women who summoned the goddess. Now what could that be all about? Is he a spurned former lover taking out his wrath on all her followers since he couldn’t take it out on the deity herself?

Regarding the gods, I’ve also been enjoying how the show has brought in deities from different cultures. Reynard is from Dutch, German, French, and English fables, while Persephone and Hades are from Greek mythology. Ember and Umber as ram gods could be based on Egyptian mythology.

With only two more episodes left until the end of this season, the stakes are raised higher than ever as Q and the gang continue to encounter new problems week after week. Here’s to a crazy season finale!

Previous article
‘The Magicians’ Review: Wedding Planning, A Poison Room, and the Underworld
Next article
‘iZombie’ Review: “Heaven Just Got a Little Smoother”