Insomniac Announces ‘Song of the Deep’

Insomniac, creators of the Ratchet & Clank series, Resistance series, and Sunset Overdrive, have announced their next game, Song of the Deep, and it’s not what you may have expected. Insomniac best describes it as “a brand-new Metroidvania-style underwater adventure.”

You play as 12-year-old Merryn who is on an quest to find her father. The gameplay will revolve around the girl and her submarine as you guide her through an “expansive and mysterious world,” “discover sunken cities,” and solve “diabolical puzzles.” The submarine will even be upgradable as you find a new substance known as “Tyne”. There are even situations where Merryn will need to leave her submarine to get herself out of a tight spot or two.

One of the most interesting things about Song of the Deep is the publisher. Ted Price, Chief Creative Officer of Insomniac, has announced that GameStop will be handling the publishing rights, in what he has called a “non-traditional developer-publisher relationship.” This is the first time GameStop is working as a publisher directly with a developer. According to GameStop Group global lead Mark Stanley, they will be treating Song of the Deep as a “full AAA launch.” 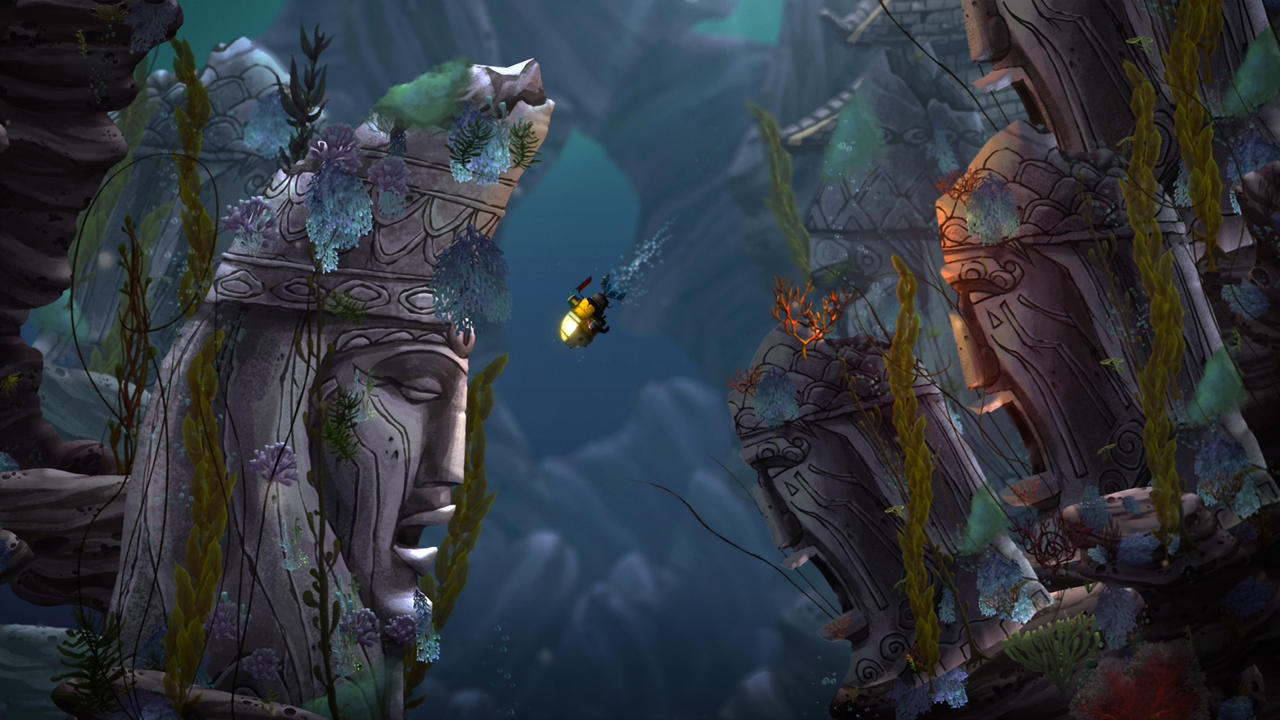 Song of the Deep was completely unknown until this announcement, yet it will launch within a few short months. It’s really unlike anything I’ve seen before, and has definitely peaked my interest. This is a game you should absolutely have on your radar.

Song of the Deep will launch this spring for $14.99 on PlayStation 4, Xbox One, and PC. Physical copies of the game will be exclusive to GameStop (for obvious reasons). Keep an eye out for an official release date as we head farther into the year.

Are you excited for this underwater adventure? What do you think of GameStop as a publisher? Let us know in the comments down below!