‘Klaus’ Review: Why am I playing?

Imagine waking up, alone with no memory of who you are or how you got there. The only clue to your existence is a tattoo with a name you don’t recognize. If that isn’t bad enough, you realize that your movements are controlled by an outside force. This interesting premise is the opening of Klaus, a 2D puzzle platformer from La Cosa Entertainment for the PS4. But is there more to Klaus than just an intriguing premise? Well…

Normally I like to start a review with the positives of a game but like Klaus, I’m going to save the good stuff for later. After a promising intro, the game hands the controllers over to you the “Player”, an actual in-game character in Klaus’ fourth wall breaking narrative (See I said it was interesting). Klaus controls like any 2D platformer, with sprint and jump being the means used to get through each level. Unfortunately, Klaus himself is floaty and unprecise, leading to frustration as you’ll often times miss a crucial jump and plummet to your death. After a while you can convince yourself that you are used to his movements but even at the very end I found myself missing simple jumps. If the platforming isn’t satisfying, maybe the puzzle aspects can save the experience? 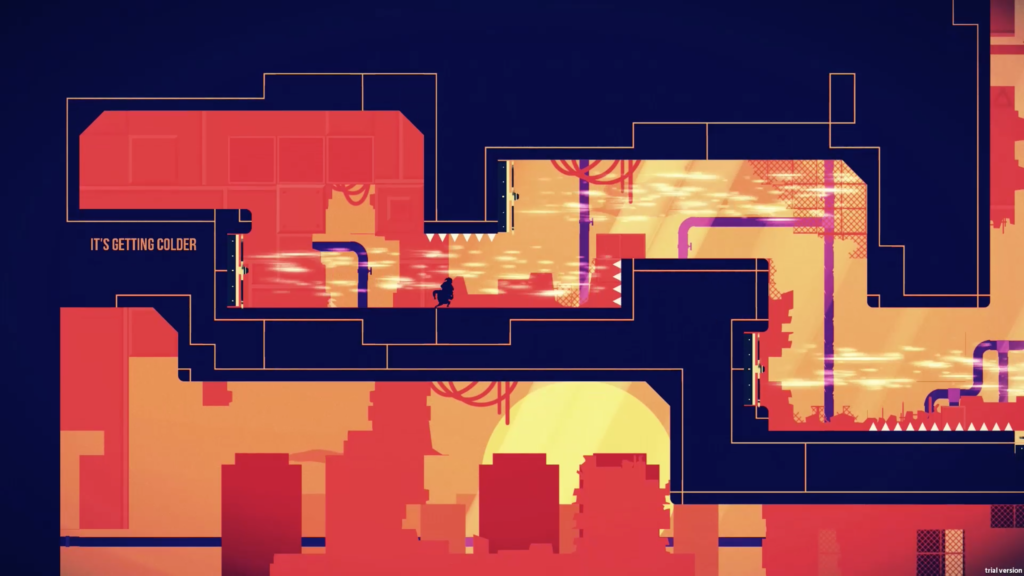 At no point through Klaus’ main campaign, did any of the “puzzles” feel clever or satisfying. Often times they are a matter of finding a key, unlocking a gate and proceeding to the exit. I never had to take a minute to think or walk away like many great puzzle platformers require, simply pushing through got the job done. I know what you’re thinking, “with floaty frustrating controls and boring puzzles, Klaus probably isn’t worth recommending right?” Well…

So, yes, controlling Klaus through each level isn’t fun most of the time, but the game introduces a second playable character with new mechanics about an hour and a half into the game who is genuinely fulfilling to play as. It’s the constant introduction of new mechanics that keeps Klaus fresh and fulfilling to play. The new mechanics more than compensate for his floaty controls, even if those controls have you cursing out loud as you miss the same jump dozens of times in a row. Helping push the players to the end are secret levels that have the best “puzzles” and platforming the game has to offer. These levels are so good, that I genuinely wish the game was an hour-long and only these levels. Also, that interesting premise has to pay off in the end right? 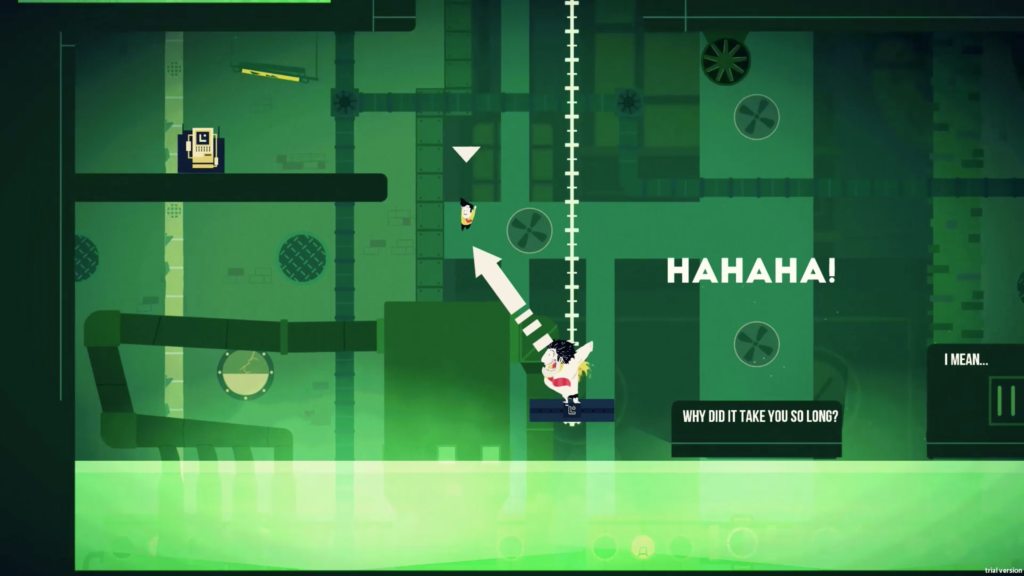 Yes, the opening premise pays off in a big way, slowly unveiling more about where Klaus has awoken, who he is and what happened to him. By the end of the game I was happy I had played to completion. I do wish I had reached the completion sooner however. The in-game statistics say it took me 4 hours to beat the entire game, which I’m skeptical of because it felt much longer.  Each chapter over stays its welcome and does a disservice to the game as a whole. This also hurts the art style, which at first blush is beautiful in its simplicity but after a while turns boring and stale. I’d rather have a tight, well-paced experience than one that feels fluffed to justify a price point. (Editor’s Note: You’re better than this.)

Klaus like its title character is a fascinating albeit flawed game. While overly long and often times frustrating, I do believe it is a game that fans of 2D puzzle platforming will be grateful they finished. It’s truly a shame the game does so much to try to stop players from getting there.