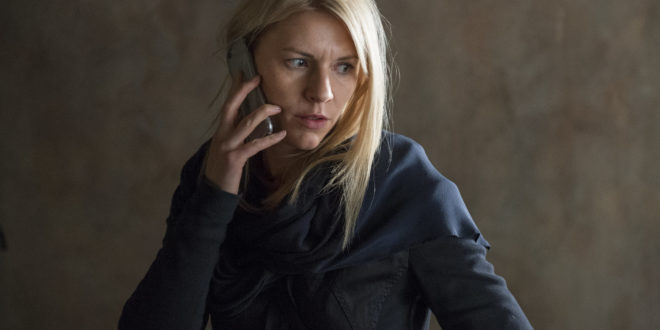 With Only One Episode Left, Let’s Make Some ‘Homeland’ Predictions!

It should go without saying that this post has spoilers for all of the aired episodes of Homeland.

Last season of Homeland was a jumbled mess of high’s and low’s but thankfully, outside of the Carrie has superpowers nonsense, season 5 has been mostly solid. Sure, there are character issues and nothing will ever compare to season 1 of Homeland but Allison has been a clever villain, the anti-Carrie, and giving the CIA a run for its money. With only the finale left, let’s make some predictions for what might happen in the last episode of season 5! Last year I didn’t do too well with my end of year predictions but hey, the older you get, the wiser, right?

Allison has been making the agency look like babytown frolics for a long time. I mean, what in the world was that agent THINKING when he handed her his gun? There have been some truly unbelievable decisions made by the CIA (why is Allison sitting in on these meetings??) and I can’t fathom any scenario where she doesn’t take her handbag and margarita money and run away. The only situation I can foresee where she returns is to try to get Ivan out of CIA custody and even then, we’ve only got one episode left, so that would have to be left for season six.

He has to, right? He’s been played the entire season, made abysmal decisions as a director, and at this point, he feels like dead weight. And if he ISN’T a mole, I don’t know what to do with him. I don’t want Saul as the director as that seems way too easy for the show but maybe the directorship of the CIA has become a bit like the Defense Against the Dark Arts position and no one can hold it for very long. That being said, it seems like everyone is a mole for some other agency except Carrie and the whole system is shit. They need a serious shakedown. Or they need to bring Lockhart back. No way would he have stood for these Allison shenanigans.

We never find out what really happened between Carrie and Saul

This is a big one for me but as Homeland is notorious for leaving plots open-ended, I suspect we’re going to be stuck with the whole, “Carrie voted against Saul as director” excuse. The rift between these two characters was far too large to even imagine that such a petty thing would cause animosity between Carrie and Saul, especially after Carrie did EVERYTHING to rescue Saul last season, but hey, maybe we’ll get some resolution…next season? (No we won’t.)

He’s THE fan favorite character, so this is kind of a gimme prediction. If he dies, there is no Homeland. As much as I love Carrie (and I’m one of the few it seems), Quinn is the better, more consistent character. Killing him off kills the show.

Carrie saves the day but Berlin gets attacked anyway

Unfortunately for Carrie, she’s always on the right trail, her instincts are top-notch, but she’s usually just one step too far behind to make a huge difference (or she’s alone in her actions) and that seems to be the case with the terrorist attack in Berlin. I imagine she’ll stop enough of the attack to keep the gas contained, but some sort of attack will still happen, people will die, and she’ll be left with the guilt and the decision over whether or not she wants to go back to the CIA. We know she doesn’t have a home anymore at the During Foundation and I don’t think any of those characters will be back for season 6, so going back to the CIA seems all but assured.

Don't let the fancy nerd duds deceive you; Jen’s never been described as “classy.” You can find her on Twitter where she stalks all of her favorite celebrities: @jenstayrook. Or you can find her on Steam or Xbox dying in every game she plays as "Rilna." Email: jen.stayrook@theworkprint.com
@jenstayrook
Previous ‘The Expanse’ and ‘Childhood’s End’ Usher in the Golden Age of Sci-Fi
Next Syfy’s ‘The Magicians’ Is Magic We’ve Been Waiting For